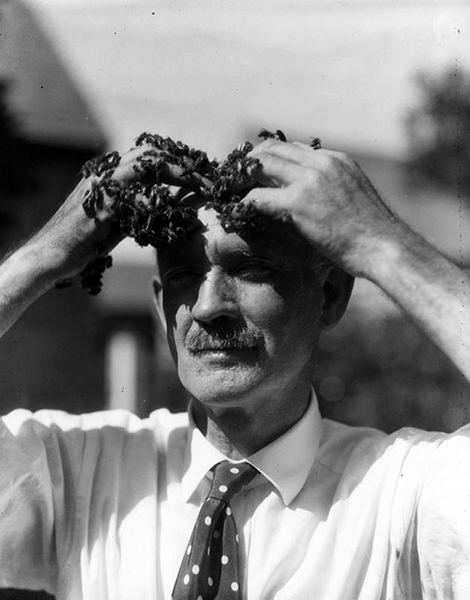 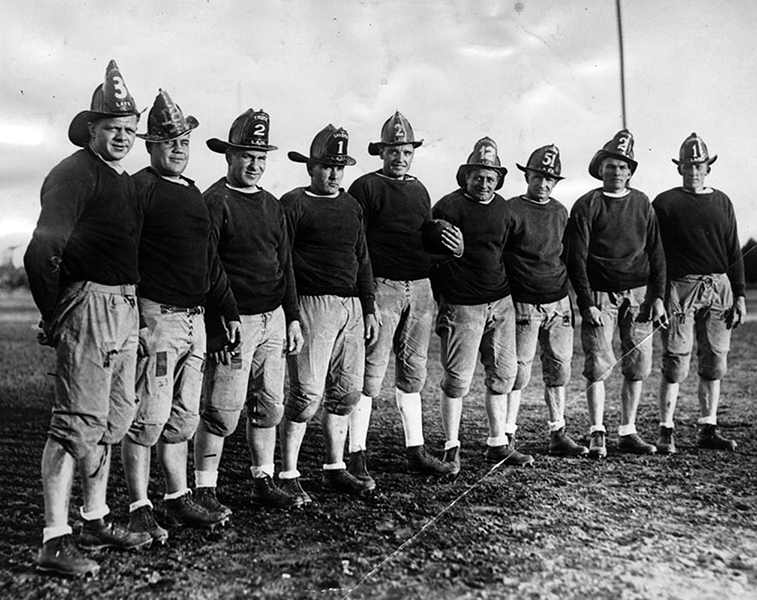 The Los Angeles Fire Department football team in 1930. Photo taken around the time the team played the University of North Dakota. (LAPL 00055692) 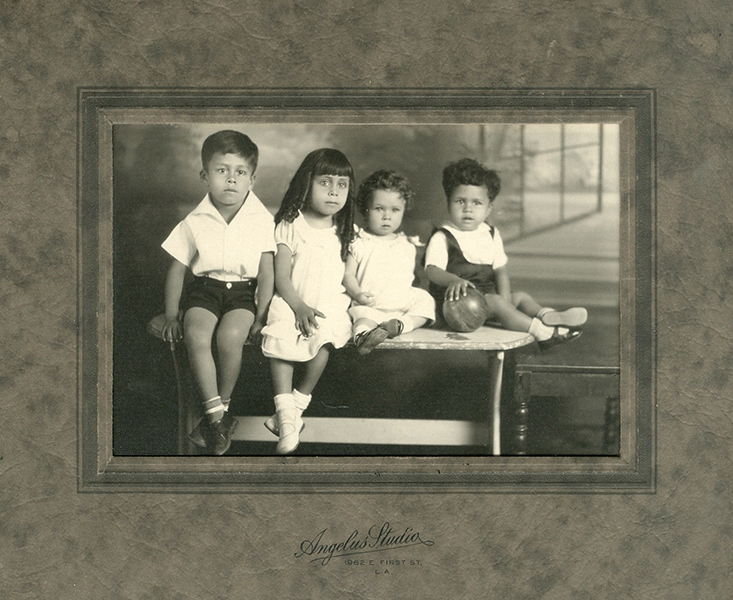 Children posing for a studio portrait at the Angelus Studio, 1962 E. 1st Street. While I haven’t been able to link the business with the address, I’m guessing this photo was taken in the late 1920s – very early 1930s. At that time, a photographer named Charles Lipovetzsky operated a photo studio there. 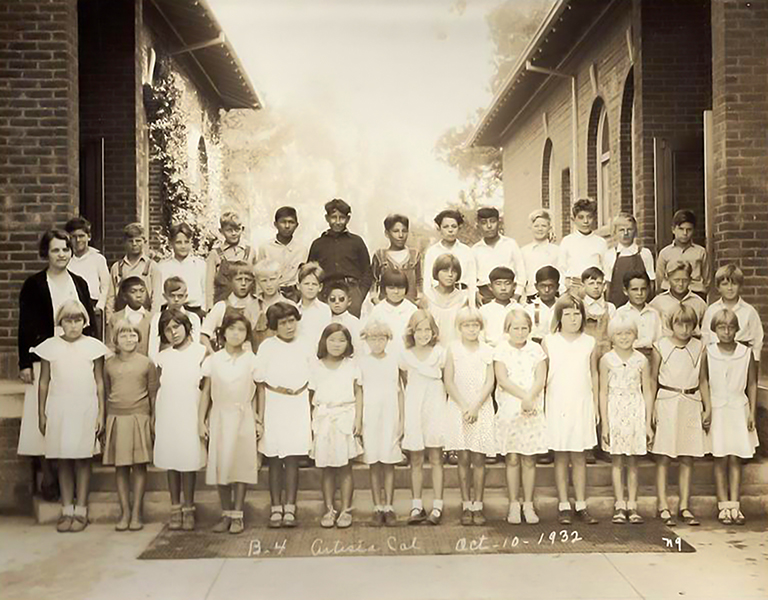 Fourth graders posing for a class photo in Artesia, California, circa 1932. 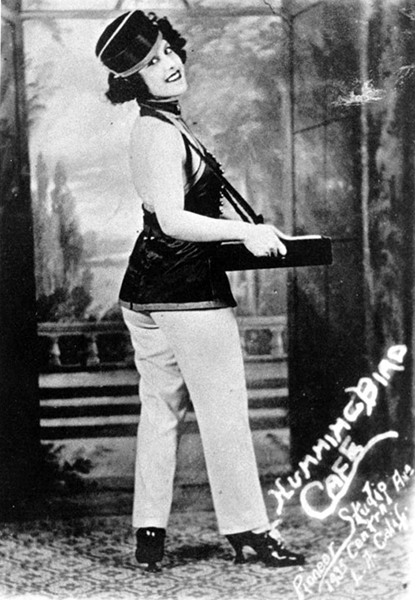 A cigarette girl for the Hummingbird Cafe located in the immediate vicinity of 12th Street and Central.

Other popular establishments near the Hummingbird Cafe were Adams Sweet Shop (next door) and a record store across the street, owned by Benjamin (“Reb”) and Johnny Spikes.

The Hummingbird Cafe was often a hangout for jazz musicians in the 1920s and 1930s. 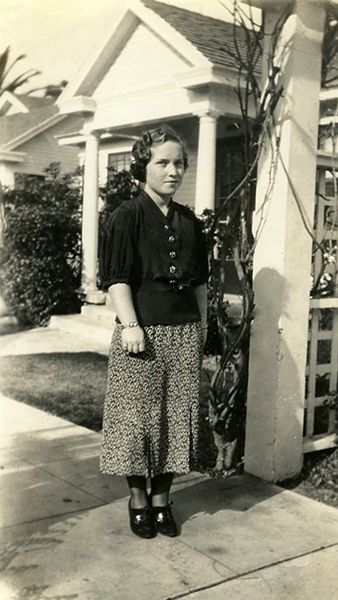 Jane, a USC student, stands in front of a lost bungalow court at 3026 Shrine Place in Los Angeles. circa 1936. 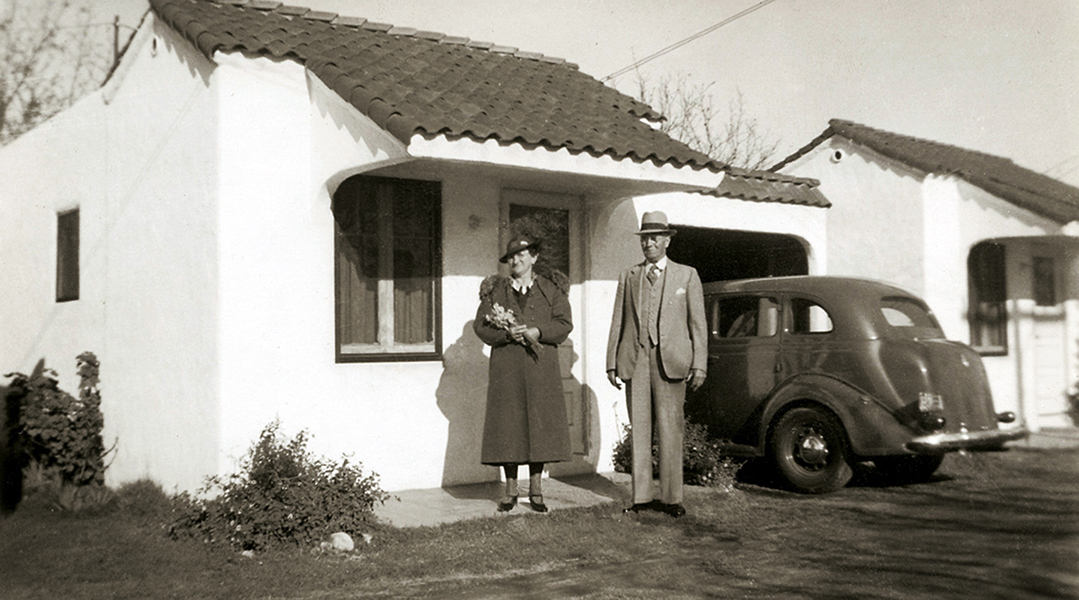 A couple spending part of their vacation at the Rainbow Camp Auto Court in El Monte, c. 1930s