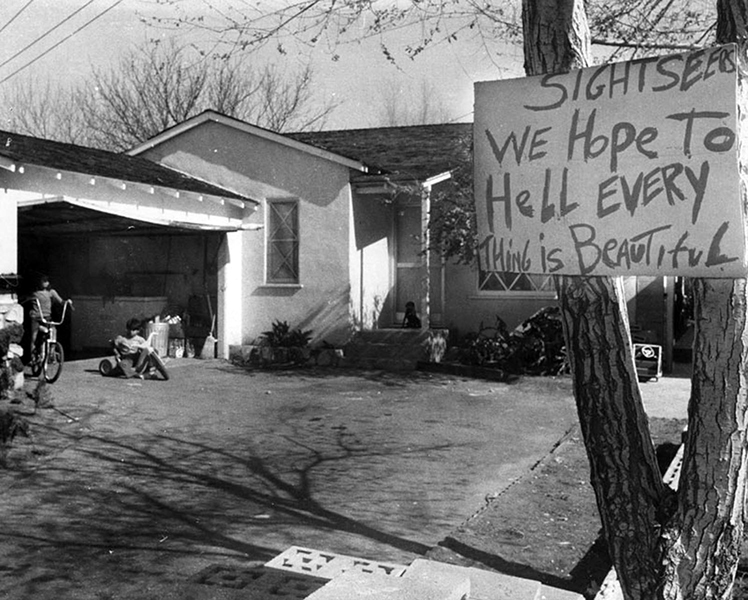 The following video shows footage from the San Fernando Valley Sylmar Earthquake of 1971: 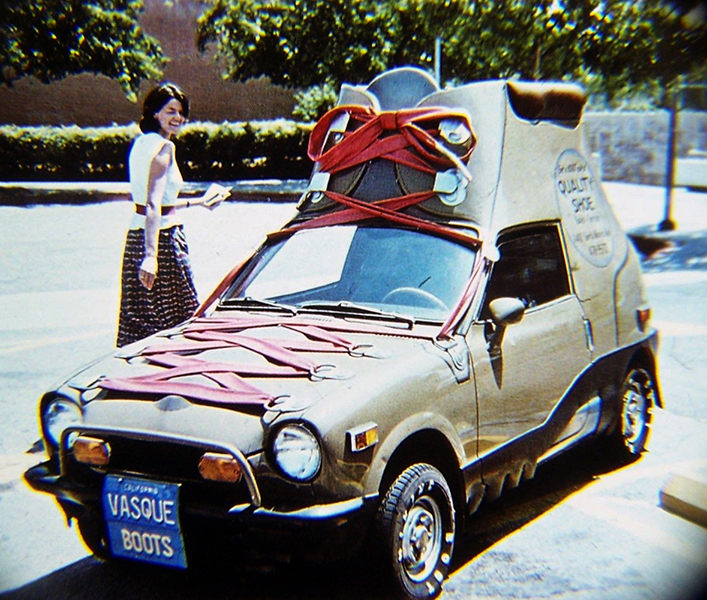 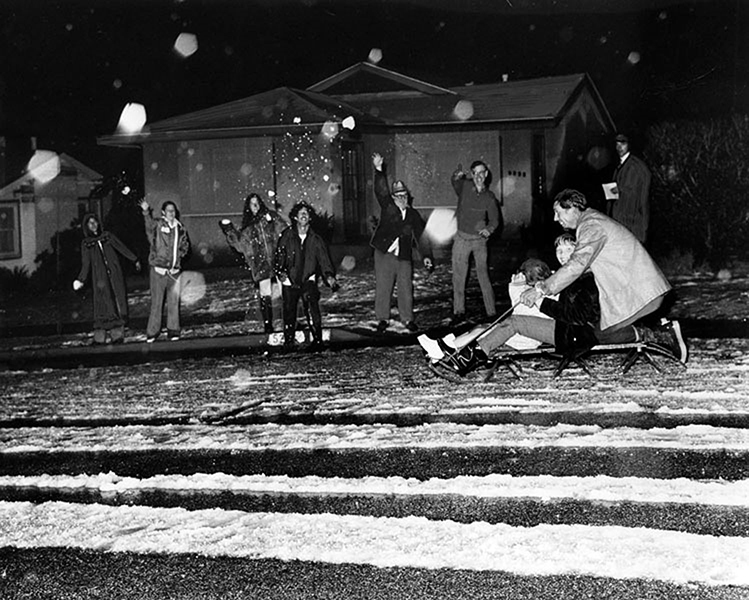 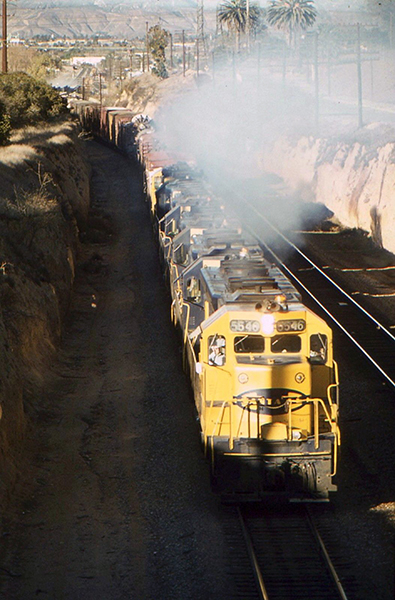 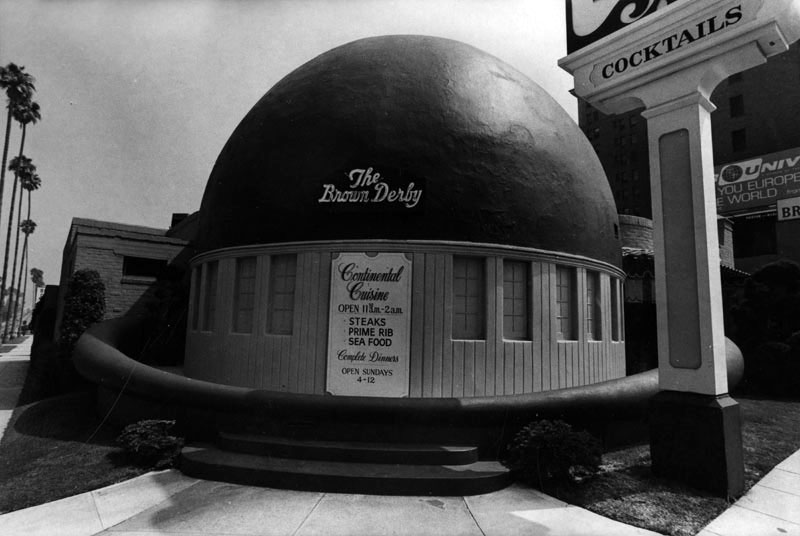 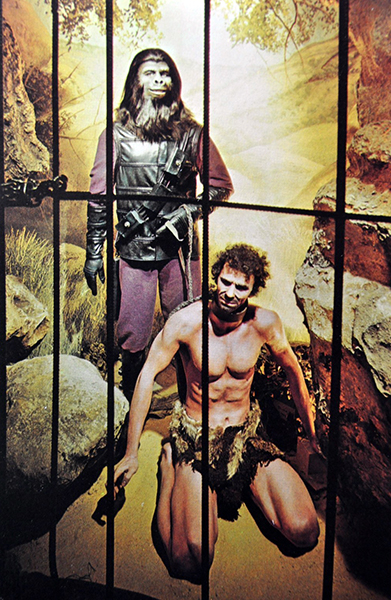 One of the Planet of the Apes displays at the Movieland Wax Museum in Buena Park, which closed in 2005. This photo was probably from an earlier time. 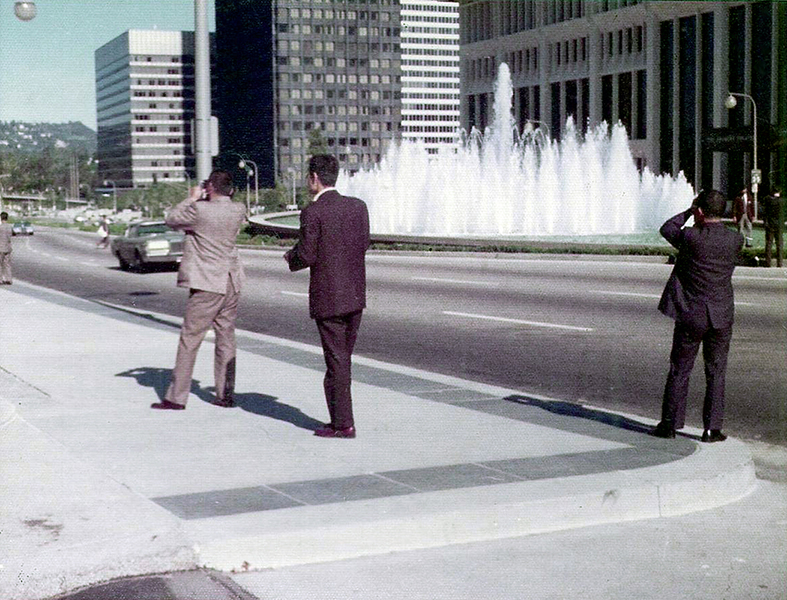 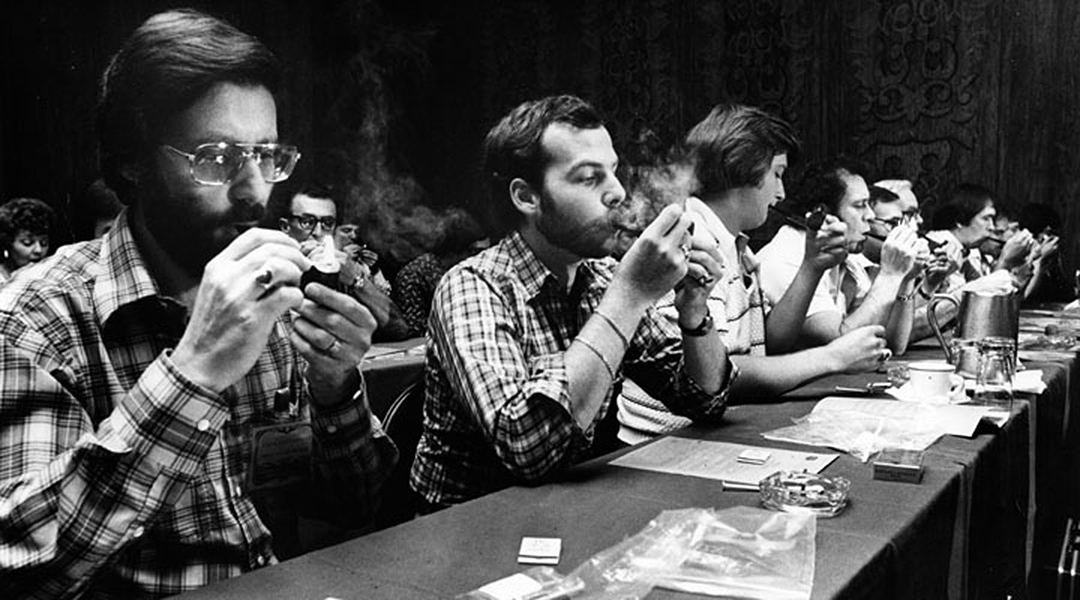 A pipe-smoking contest held at the Hall of Cities, Marriott Hotel, Century and Airport Blvds, on August 17, 1978. The event was sponsored by Tinder Box and Dunhill of London. (Photographer: Rob Brown / LAPL 00091223) 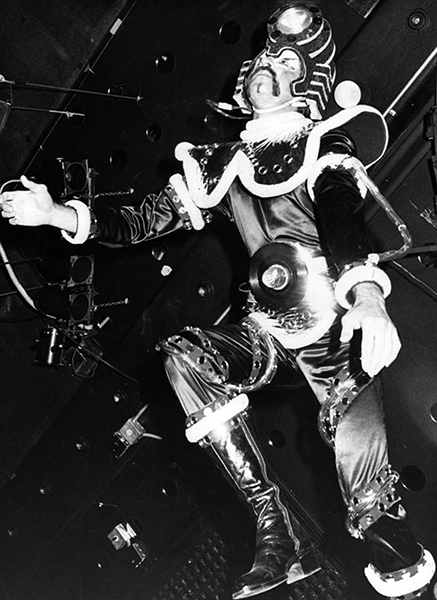 A DJ dressed as a spaceman used to “fly” along an overhead track at the downtown Dillon’s, a three-story discotheque on the corner of Grand and 5th Street. Photo was taken in 1978. (LAPL 00055178) 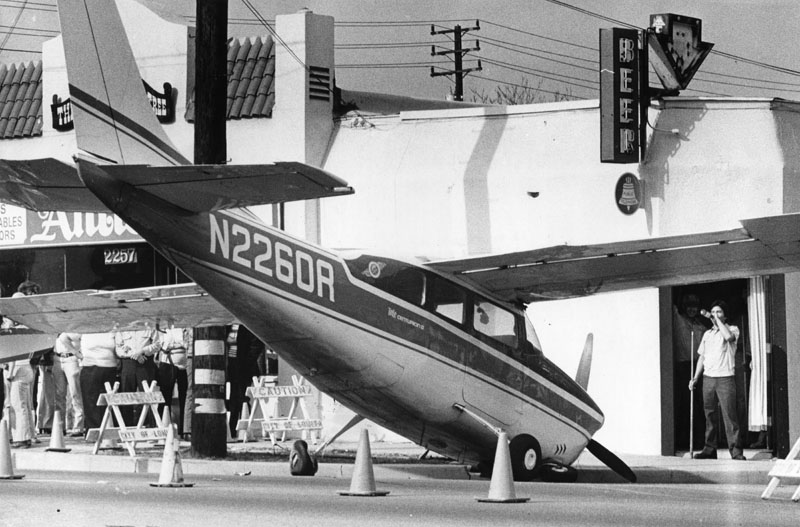 A Cessna crash lands in front of a bar located at 2257 Pacific Coast Highway, Lomita, CA, in December of 1978. 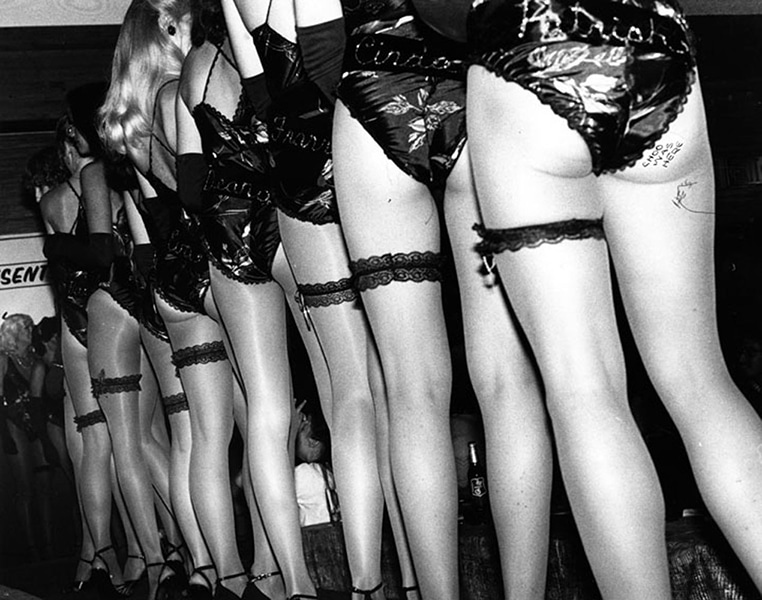 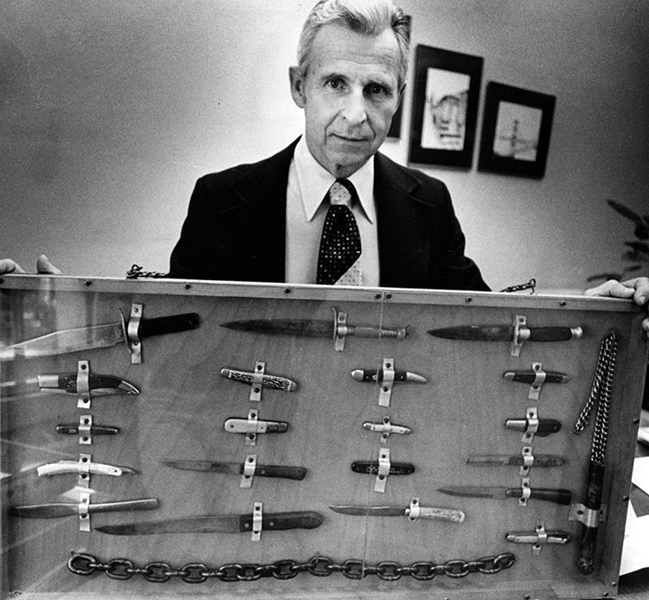 In this 1979 photo, Richard Green, head of security for the Los Angeles Unified School District, shows off a trophy case of weapons confiscated from students over the years. The LAUSD was required to immediately turn over all guns to the police. (Photo: Ken Papaleo/LAPL: 00060097) 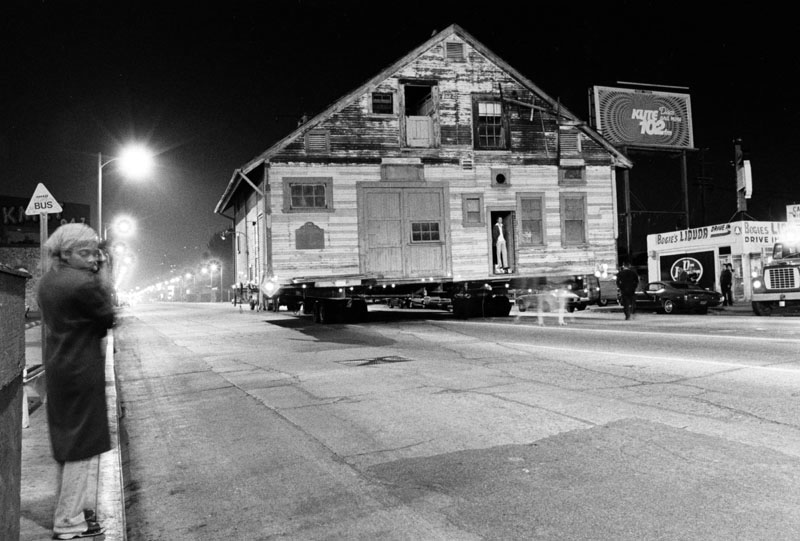 A late night move of the Lasky-DeMille Barn from Paramount Studios to a vacant lot on Vine Street in late October 1979.  Bogie’s Liquor store’s address is at 5373 Melrose Avenue. The barn was donated to the Hollywood Chamber of Commerce’s Historic Trust, which envisioned it being a museum devoted to Jess Lasky, Cecil B. DeMille, and Samuel Goldwyn. The building later moved from Vine Street to his current location on Highland Ave., across from the Hollywood Bowl. It’s now called the Hollywood Heritage Museum. (LAPL) 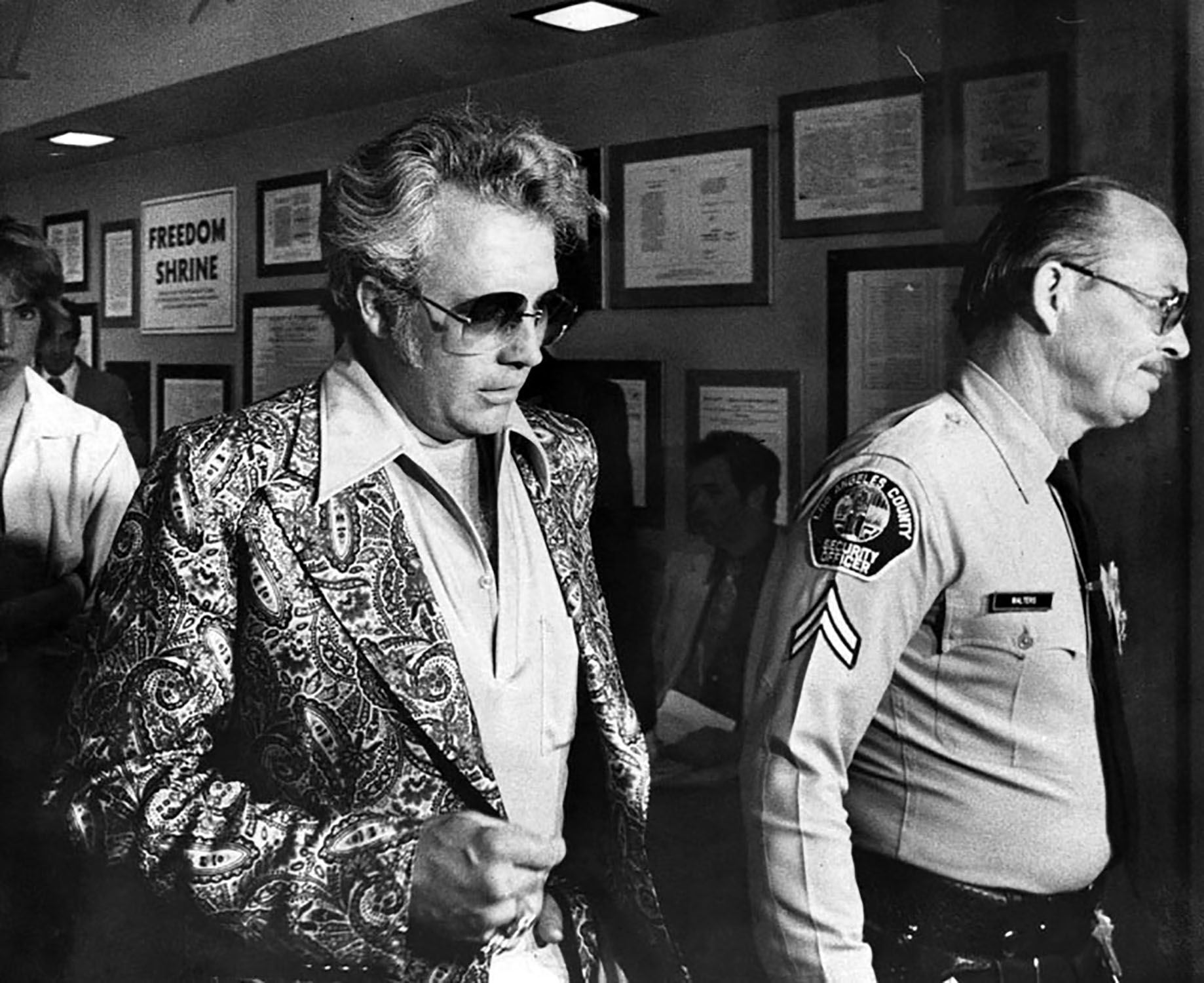