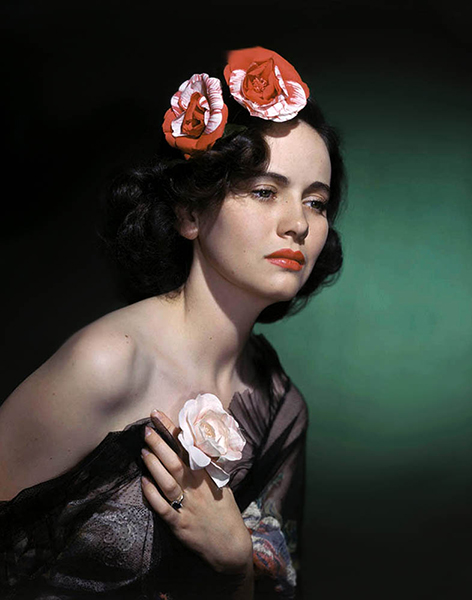 “The girl next door wasn’t really the girl next door. She was the girl next door to the movie star next door. There’s something in all my early performances…I don’t know how to describe it except to say that it’s so 1940s…It’s not that I wasn’t thinking the right thing. I was, but the thought is dressed in something prettier. We were all used to that technique. You were doing the real thing as that girl would do it if she were perfect.” — Teresa Wright (1918-2005)