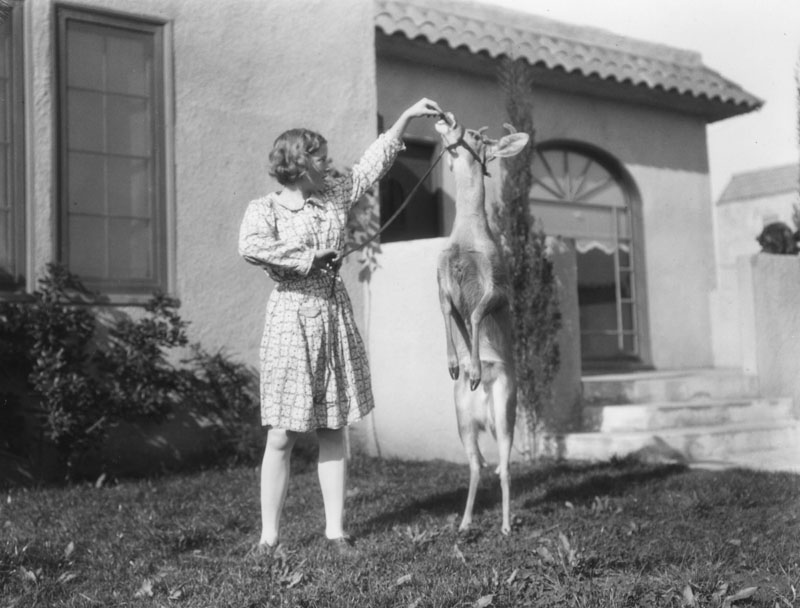 Photos of a teenager named Betty Bradley and her pet deer “Bennie” (sometimes spelled “Benny”) in 1927.

Betty, it appears, came from a broken home. Her father, James Pierson worked as a miner when he married Florence E. Bagley. Together, they had four daughters: Edwina, Byron, Dorolou and Betty. By 1920, the Piersons were divorced and Florence worked as a stenographer for Whipple Barracks in Arizona. The family had a boarder named Durbin Hiester Bradley, who served as an officer at Ft. Whipple. Florence and her children and Durbin Bradley eventually moved to the Los Angeles area. Although there are no records that Florence and Durbin married, Florence and her daughters Byron and Betty assumed Bradley’s last name while Dorolou remained Pierson.

At some point, Bennie the deer entered Betty‘s life. It was said to be the former pet of Mexican bandit Pancho Villa, and was given to her as a gift when she visited Mexico with her “parents.” Villa had died in 1923.

In 1926-27, Bennie and Betty appeared together on local radio station KHJ. National newspapers also ran pictures of them as filler. 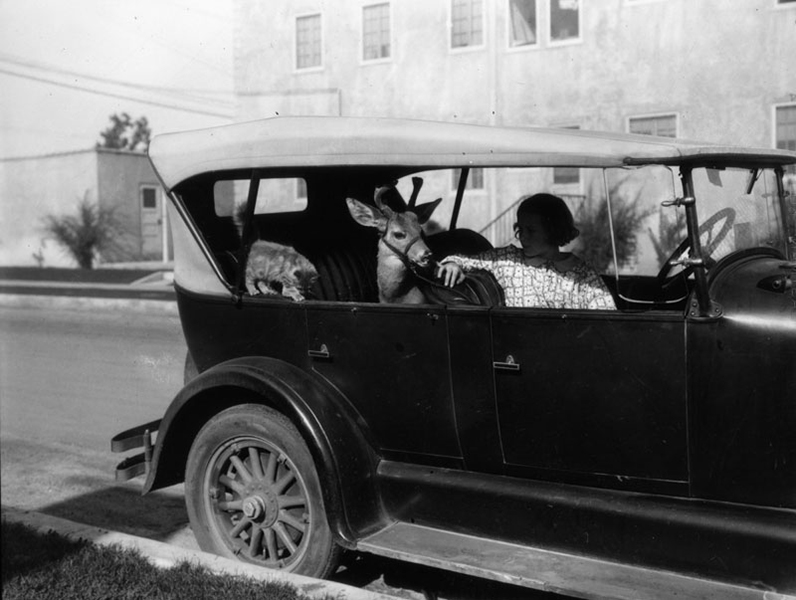 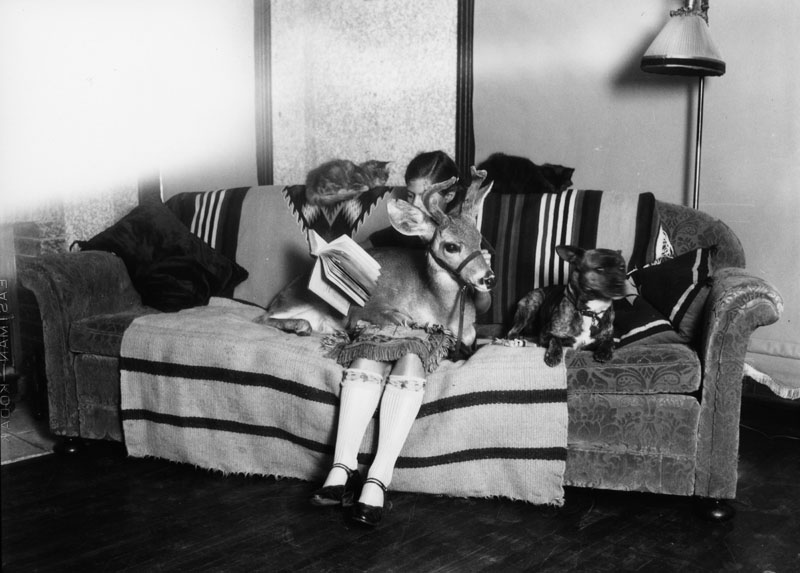 Bennie the deer posing with a dark-haired girl in this photo. The girl is possibly Betty‘s sister, Dorolou. (LAPL 00065236) 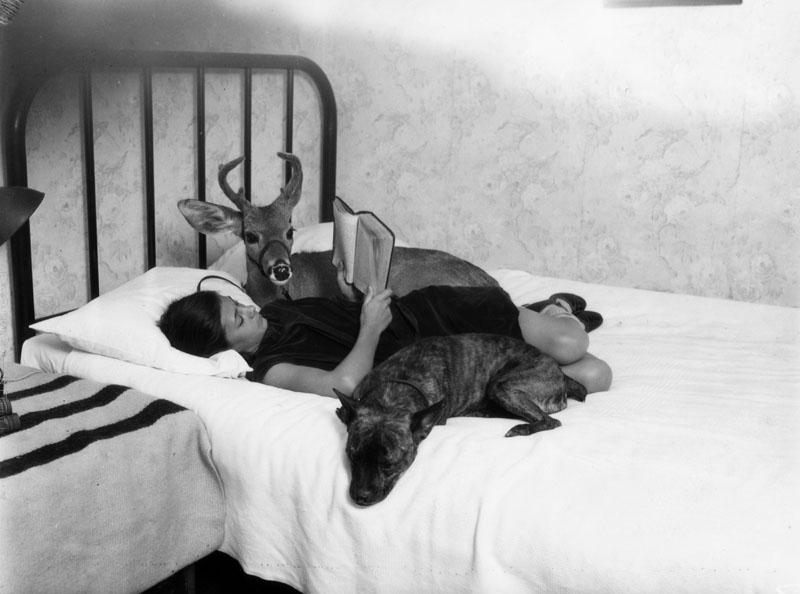 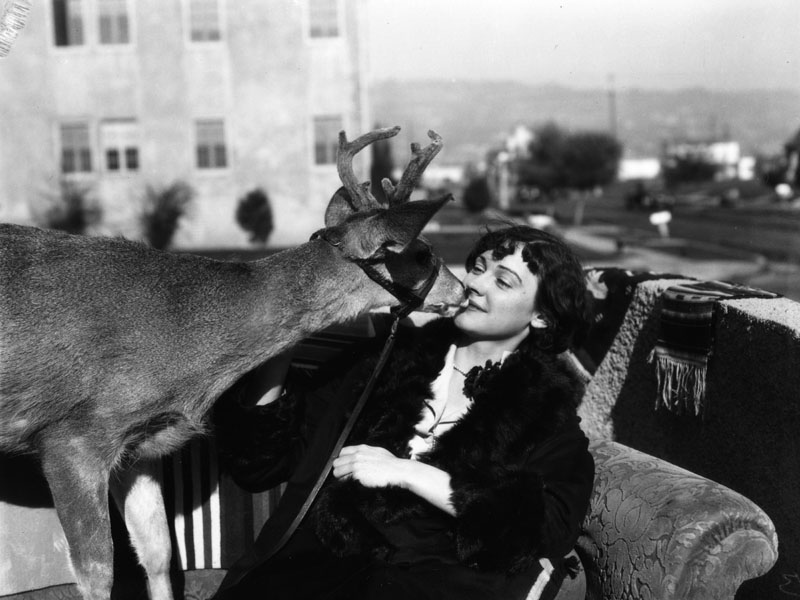 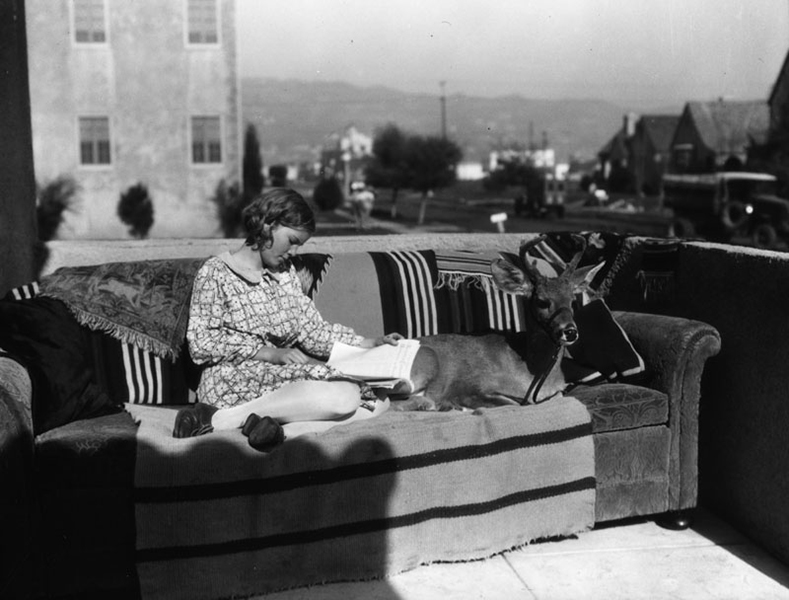 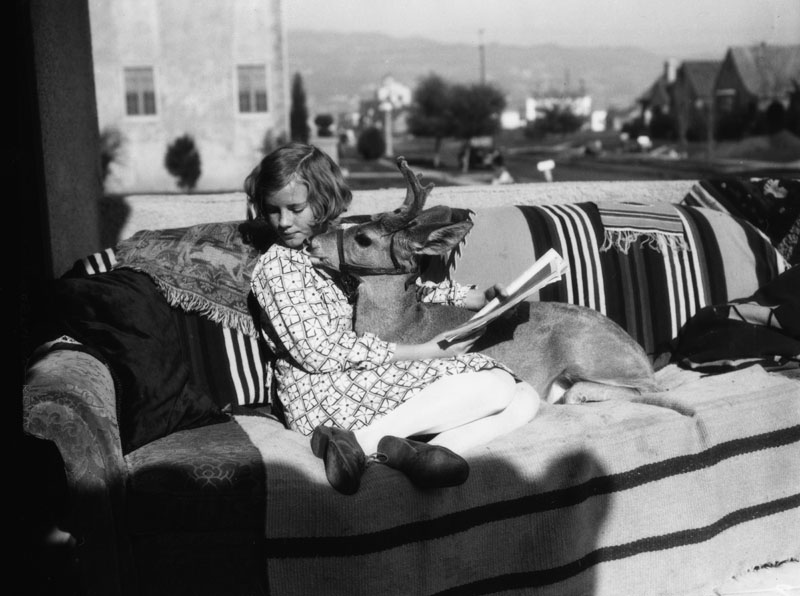 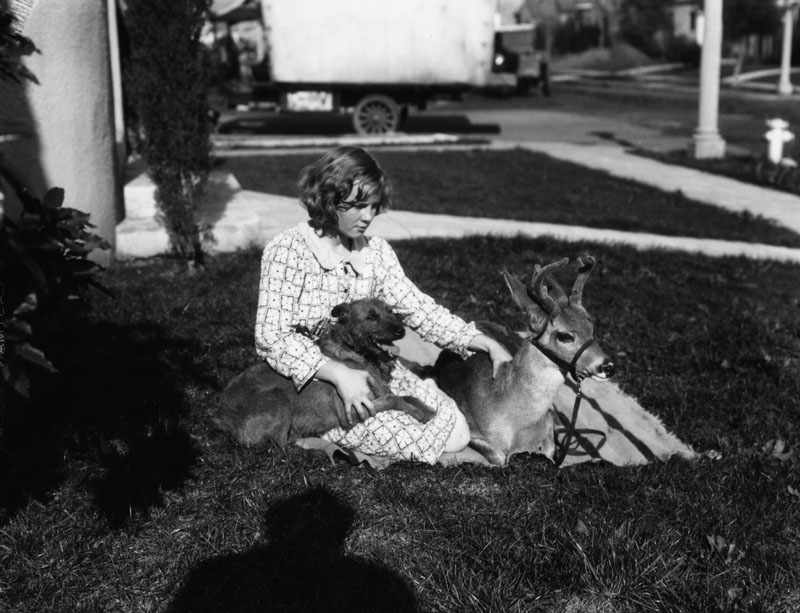 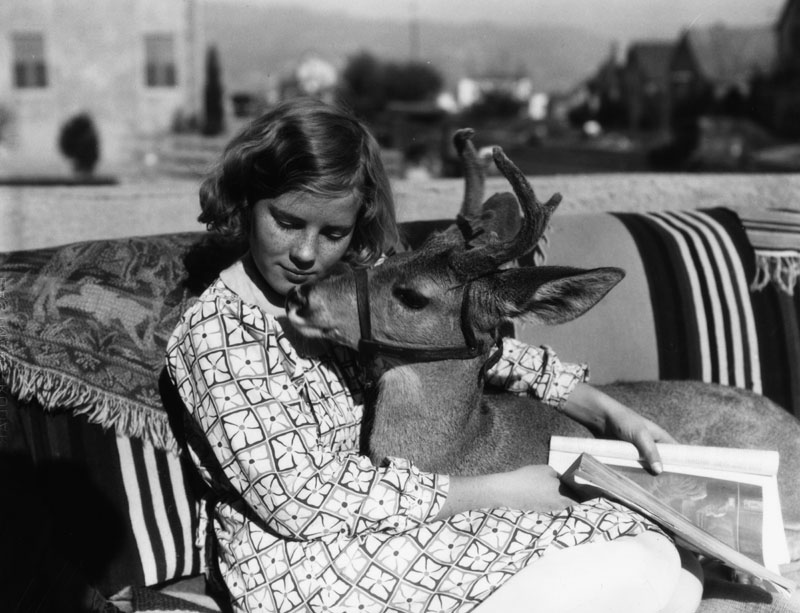 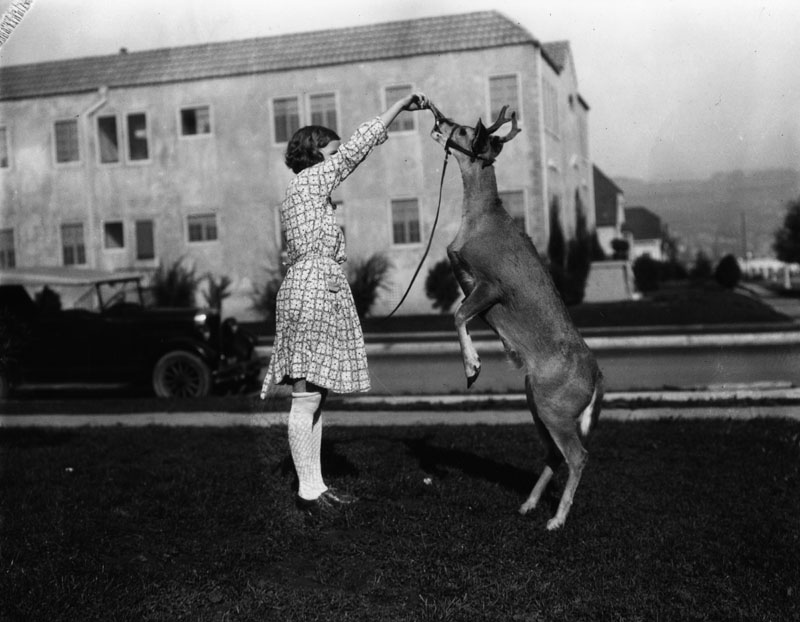 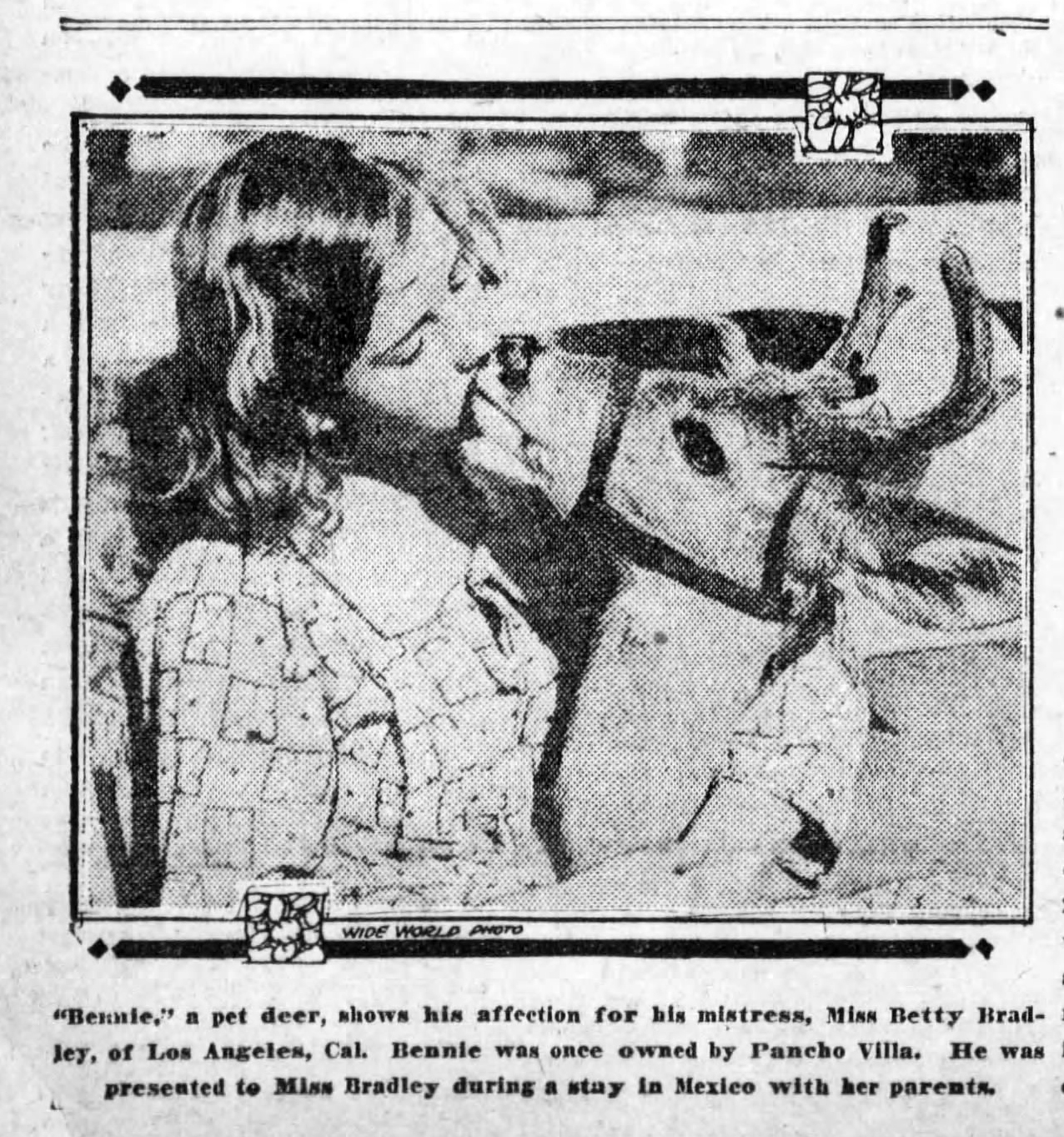 Bradley received national attention for her pet deer. This was published in the Cincinatti Enquirer in January 1928.

On January 1, 1929, Betty’s father, James Pierson, died. That April, Bennie escaped and wandered the streets of downtown Los Angeles. Police eventually apprehended the deer and turned him back over to her with a stern warning that if Bennie escaped again, he would be given to a zoo.

In 1930, Betty and her sisters, Dorolou and Byron, lived with their mother at 1176 S. Muirfield Road. To help support the family, Betty‘s mother Florence worked in real estate. Byron worked as a nurse. For the U.S. Census, Florence declared herself a widow. 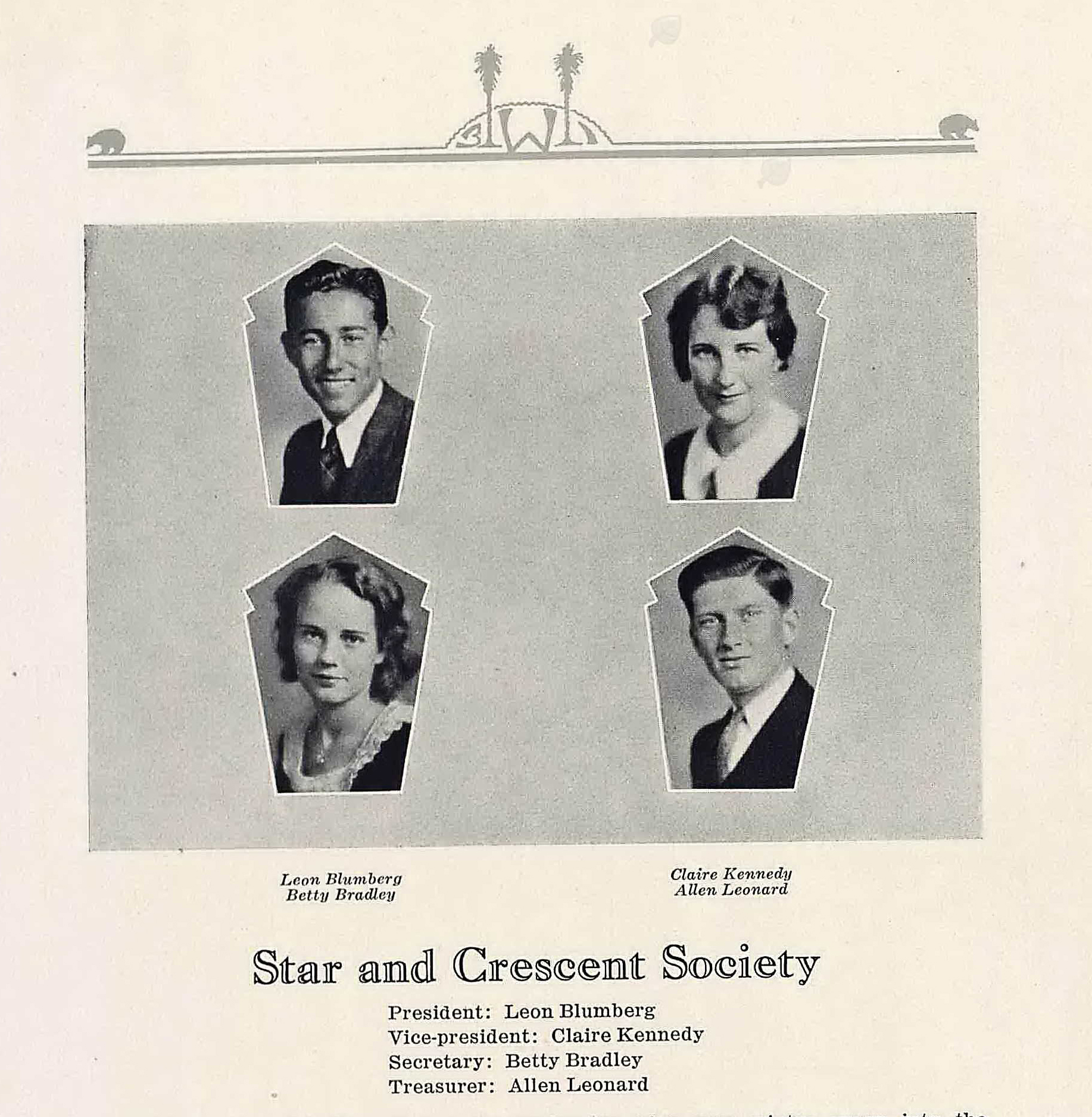 Betty Bradley attended Los Angeles High School and was very popular there. However, by this time, there was no mention of the deer or her possible stepfather, Durbin Bradley. Photo: 1931 yearbook.

She never went to college. Instead, she married a man named Berkley, who was ten years older than her. The Berkleys had one son, Byron, and lived in Santa Monica until Betty‘s death in 1958. She was only 45-years-old.