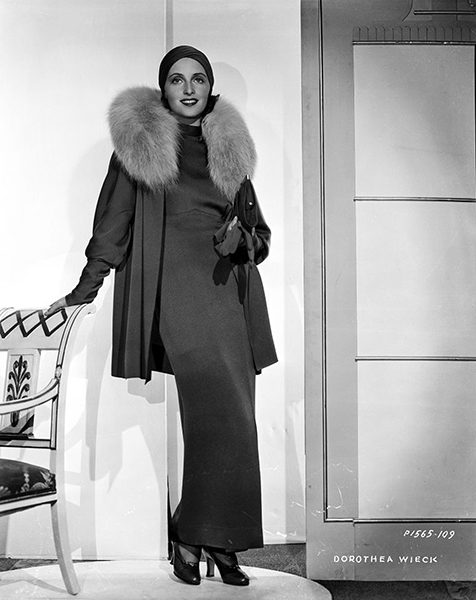 Dorothea Wieck (pronounced Vheek) was born in Switzerland but became a star of the German stage and screen. Her best-known film was the world classic, Maedchen in Uniform (1931), a lesbian-themed drama. After its eventual release in the United States, American critics praised her performance while commenting on how much she resembled Norma Shearer. The accolades prompted Paramount to sign her to a three-picture contract in 1933.

Wieck was reportedly scared to come to the United States without special protection because of the stories she had heard about American gangsters and kidnappers. An even early newspaper report claimed that she was afraid of Native Americans. However, after arriving in New York City in April of 1933, she surprised everyone by insisting that she visit Harlem to experience the American jazz scene. 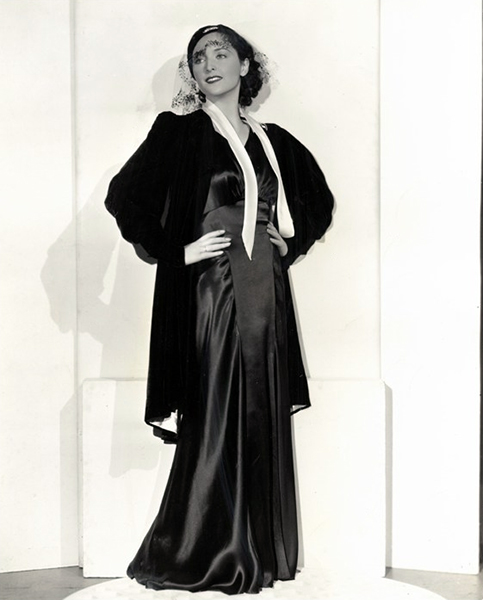 From the outset, she came across as unpredictable. At her first press junket, she dropped a bombshell by refusing to show her legs. The following was a reported verbal exchange between Wieck and the press in 1933. Since she had a limited English vocabulary, she relied on her manager for help:

“I came here to act in Hollywood and you won’t take pictures of my legs,” she said.

“Look what happened to Marlene Dietrich from her legs,” said another veteran of the lens. “She got famous from legs.”

“Why you not take a picture of my face?” asked Wieck. “Is there something the matter with my face?”

“Oh, no,” said the photographers. “It’s a swell face. We got to take a shot of your legs. We always did it with actresses.”

“What have legs got to do with acting?” asked Wieck, with eyes like saucers. “Hollywood did not mention my legs when they ask me to come over.”

Wieck was quite outspoken while in Hollywood, and really never conformed to studio politics. She made two films, both of them box-office disappointments, which hastened her departure. By 1934, the American press had turned on her, calling her a “disturbing screen personality.” She, in turn, complained that Hollywood had given her bad material.

After her contract ended, Dorothea Wieck returned to Germany amid rumors that she was a Nazi spy. American newspapers reported that in 1935, she had attended a political event, whereby Hitler had paid her a compliment and asked her to join his table. It is hard to believe that Hitler was especially fond of her. She had ignored his ultimatum to return home in 1933, and as a result, the Nazi Party viewed her as a suspicious character. Meanwhile, the Nazis had already banned Maedchen in Uniform on moral grounds, destroying every print it could find. Lastly, Wieck had refused to accept starring roles in pro-Nazi propaganda films. As a result, she was accused of not representing the right image for Germany, and for years, she was forced to play small, unimportant roles. In 1945, a German newspaper falsely reported that she had been killed in an Allied bombing attack in Dresden.

Following the war, Wieck’s career was slow to rebuild, but she was eventually able to re-establish herself. In the 1950s, Elia Kazan hired her for a small role in Man on a Tightrope and she also appeared in Douglas Sirk’s A Time to Love and a Time to Die. Throughout the 1960s, she operated her own acting academy in Berlin, and in 1973, she received a national award for her film work. She lived to be 78 years old, passing away in 1986.