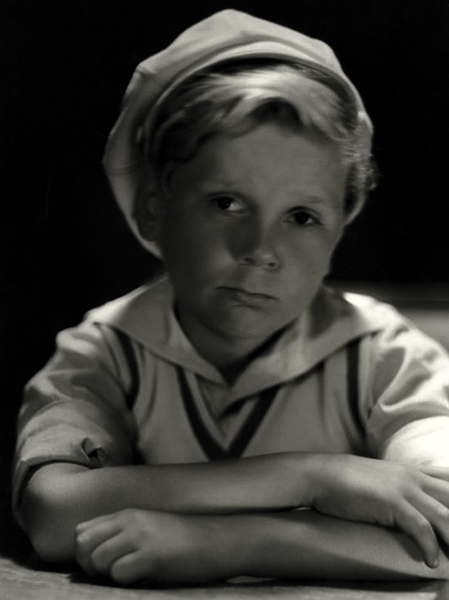 “Sometimes I’ll wake up in the middle of the night and I’ll hear a voice that sounds familiar … my wife has fallen asleep with the tube on, and I’ll finally start recognizing the dialogue, look up, and Jesus Christ, it’s me at 14, or 12, or 9, or whatever. Sometimes I’ll sit there and watch it and I can tell myself what’s coming next … I remember the dialogue, the scene and the set very well, and then there’ll be a part of the picture I never remembered at all. Because there were times as a kid, as a teenager especially, when I’d be terribly occupied with what I was doing–with my boat, or on a circuit of rodeos and horseshoes, or with my car–very often on some of this stuff when I’d have to go to work. I’d just give the script a cursory glance. I had no training, and I was a quick study, so nobody knew how involved or not involved I was. But I look at that stuff now and I can see I wasn’t involved, and I wasn’t very good.” – Jackie Cooper

Photos from The Bowery (1933). With George Raft and Wallace Beery: 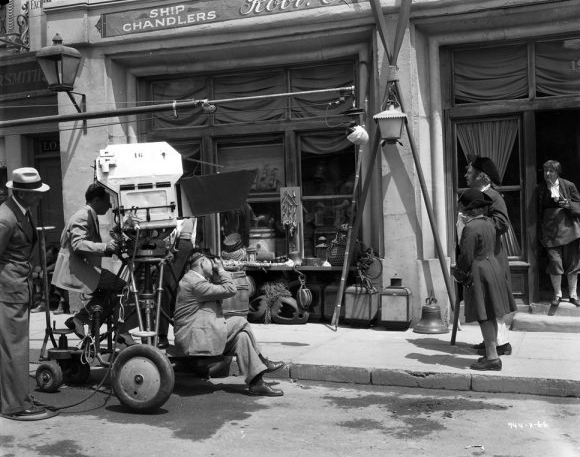 On the set of Treasure Island (1934). With Wallace Beery and director Victor Fleming.