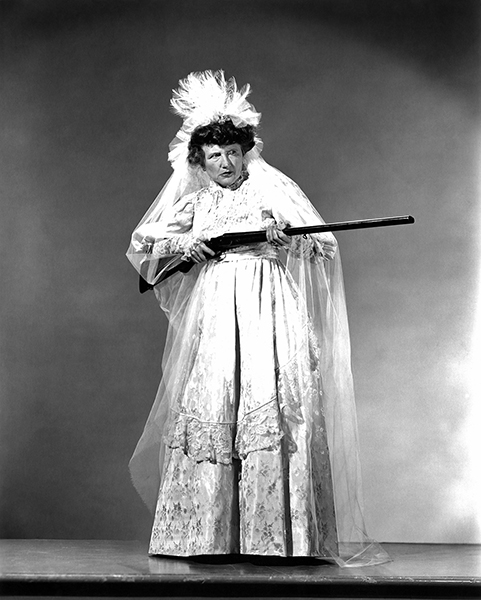 “I got my first dramatic training under the guise of elocution, a term which covered a multitude of sinful things in my youth.” — Marjorie Main (1890-1975)

It was a tongue-in-cheek reference to her ministerial father, who had warned her that the theater was a gateway to hell. 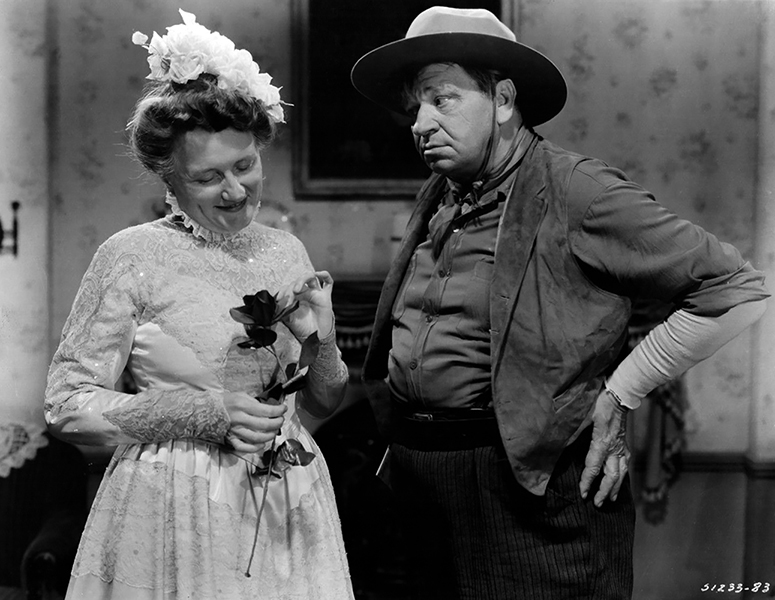 Much has been written about Main’s personal life — from her alleged lesbianism to her dabbling with the occult. While she never discussed her love life (except to say that she lost interest in men after the death of her husband in 1935), she did admit that she was into metaphysics and had psychic ability.

Below is a story she told about working with Wallace Beery, who was known for being an absolute jerk on and off the set. The two made seven pictures together between 1940 and 1949.

“[Damon] Runyon wrote a column about me complimenting my work, and from that day on my relationship with Wally was strained. He was very unkind to me.

“My late husband had taught me that when people treat you unjustly you should feel sorry for them, and that will take away the sting. So I used to look Wally in the eye and feel sorry for the man. I never knew anyone who liked him.

“He had a peculiar way of working, or it seemed peculiar to me, because he never gave me a cue. Finally I spoke to Leo Carillo about it. Oh, what a beautiful actor he was! He’d made several pictures with Wally.

“I said, Leo, I never get a cue from him, and he said, ‘No, darling, and you never will. Just look at him, and, when he stops talking, say something.’