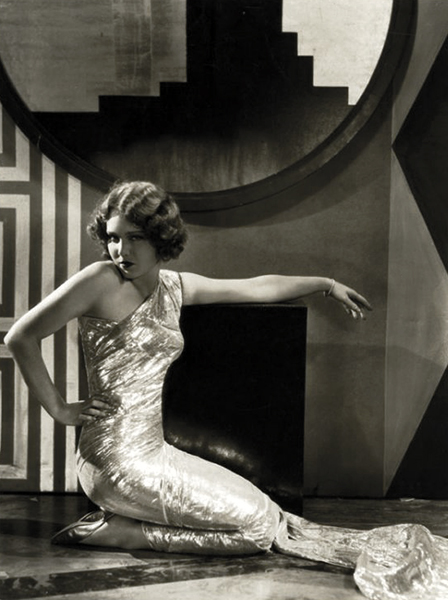 “I don’t know why I was so disgusted with myself in that first picture, ‘Ladies of the Night Clubs.’ I guess it was the way I looked on the screen. And then I had the nerve to go right out and sign as a leading lady for a stage production. But I couldn’t see myself on the stage and that made some difference.” — Barbara Leonard 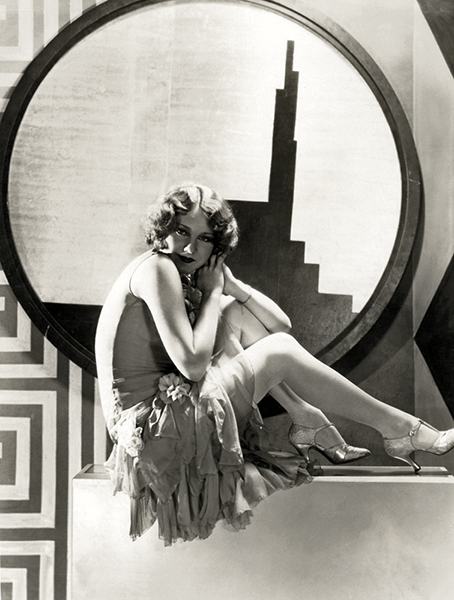 “Perhaps the real reason I won’t tell is because I have somewhat of a past myself; I wouldn’t want people to talk about me.” — Barbara Leonard 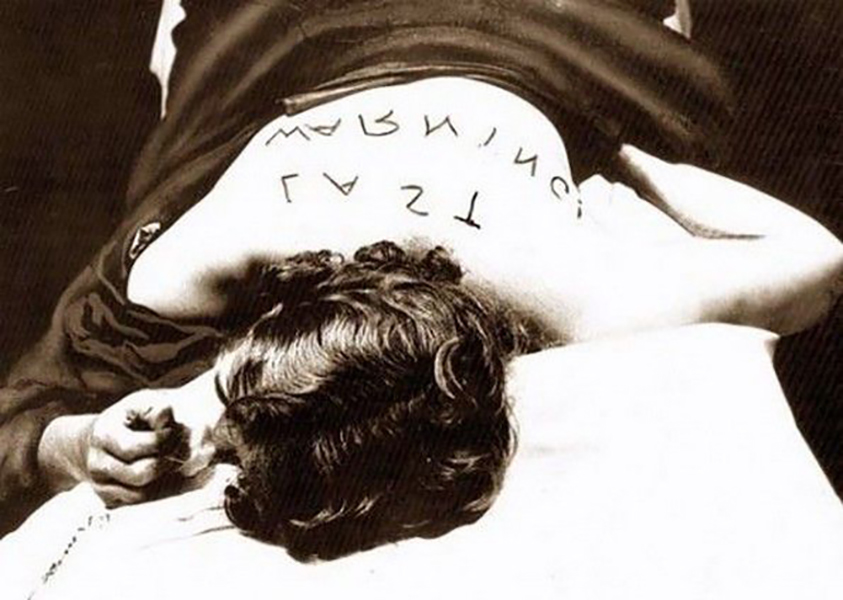 Warning Written on Unconscious Woman’s Back

The latest mystery before officers was the discovery yesterday afternoon of Mrs. Leonard in the bathroom of her home, semi-conscious, with the words, “Last Warning!” printed backwards over her shoulders in letters scrawled with a blue eye-shading pencil.

Mrs. Leonard was found in her home by Detective Lieutenants McGhee and Mannaugh when Jean Leonard, husband of the actress and a piano teacher, failed to get an answer to repeated telephone calls to the house and called police.

Officers found her on the bathroom floor, her face swathed in two towels.

Mrs. Leonard was treated at the Beverly Hills Emergency Hospital and later removed to a private hospital. Dr. Young, police surgeon, said she was suffering from hysteria. No bruises or other marks were found on her body, he said.

Mrs. Leonard reported to police on April 1 that she had been bound and gagged by two men who entered her house under a ruse. Reporting the matter to police brought a threat, she told officers, from the pair Thursday after which she and her husband were issued gun permits.

Seems odd that two thieves would return to Barbara Leonard’s house to write a backwards message in blue eye pencil on her back shoulders. Likewise, it makes no sense for Barbara Leonard to be found semi-conscious despite no signs of struggle. Hmmm.

Let’s go back a few days. On the night of April 1, 1935, Leonard was found by her 16-year-old son, Phillip De Barros, inside a closet at the same address. Leonard told police that she had been bound and gagged with towels by two burglars who proceeded to rob her after gaining access using a “ruse.” The Los Angeles Times reported that the Beverly Hills police were unable to “learn the amount lost in the robbery.”

Leonard was described as being in “serious condition from shock and hysteria” when police arrived at the alleged crime scene. Following her “threatening message,” Leonard appeared in newspapers across America, brandishing a revolver and daring the robbers to return. They didn’t.

But that’s not the last of Mrs. Leonard.

Fast forward to September 27, 1943, in Santa Barbara. Again, from the Los Angeles Times:

Facing charges of grand theft, suspicion of impersonating Army officers and violation of selective service, two men were in the County Jail today after F.B.I. and Sheriff’s officers investigated theft of $5000 in jewels from Mrs. Barbara Leonard at an exclusive hotel here.

The man, Bernard B. Harrison, 26, and George S. Matthews, 35, were arrested en route to Los Angeles.

Mrs. Leonard, wife of Los Angeles piano teacher, Jean Leonard, said the men visited her room Saturday afternoon and one of them, after saying he was in the Army Medical Corps, offered to relieve the pain of an injured eye she had suffered in a fall. They gave her a “prescription” which she drank, and when she awoke late Saturday night the men and her jewels were gone, she said. The jewelry was recovered.

Again, hmmm…Another robbery where two men entered using a ruse? Another instance where Barbara Leonard was more or less rendered motionless and robbed?

Not sure that the suspected men in the second robbery were ever convicted. Bernard B. Anderson of San Diego later served in the armed forces as a private and was reported missing in action while fighting in WWII in 1944, a year following his arrest.

On a side note: Barbara Leonard remained married to husband, Jean, who was a well-known “Play it by Ear” piano instructor, both on radio and in public practice. He was also a private teacher for stars such as Mickey Rooney, Loretta Young and Randolph Scott and was often employed by various studios on an as needed basis. The Leonards had moved to Woodland Hills and Jean commuted to his office at 2723 Wilshire Blvd. He died in 1955, in a taxi after it pulled out of Republic Studios, heading for home.