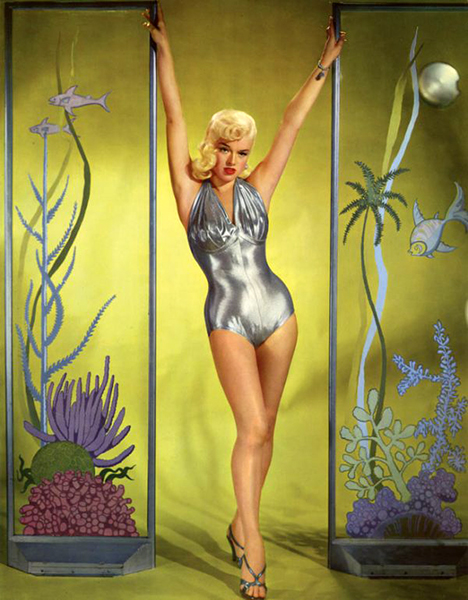 “I said to this priest, ‘Am I expected to believe that if I went out and had an affair that God was really going to be upset? Okay, thou shalt not kill…steal…but thou shalt not commit adultery? If no one is any the wiser, what the hell difference does it make?’ He was lovely. He told me the Commandments were laid down for a lot of guys living in the desert.” — Diana Dors 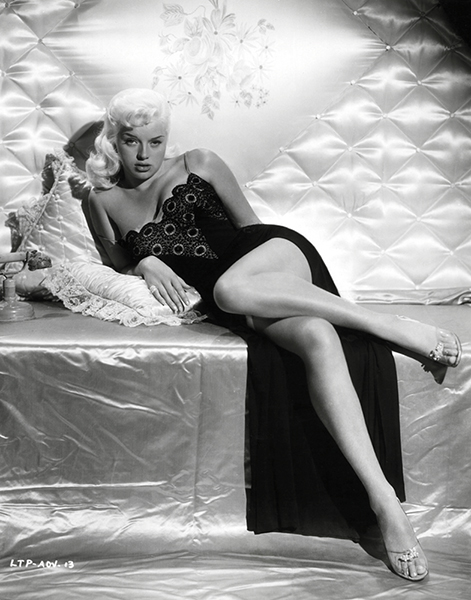 “The public wants more than busts. The bosom is not the end. For there comes a time when a girl with the beautiful bosom gets up in front of the camera and somebody says, ‘Well, what are you going to do?'” — Diana Dors 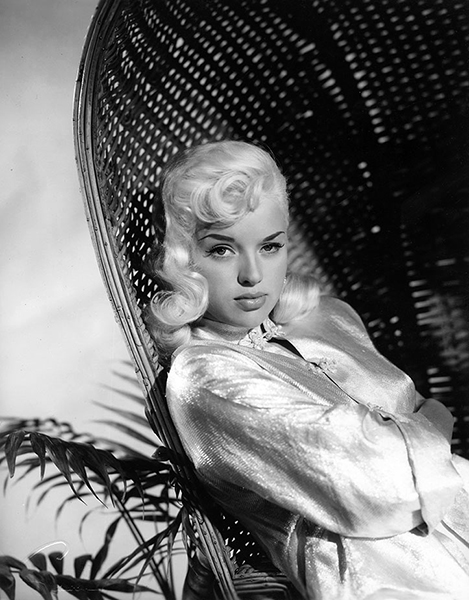 “I have a natural pouting look when my mouth is shut.” — Diana Dors 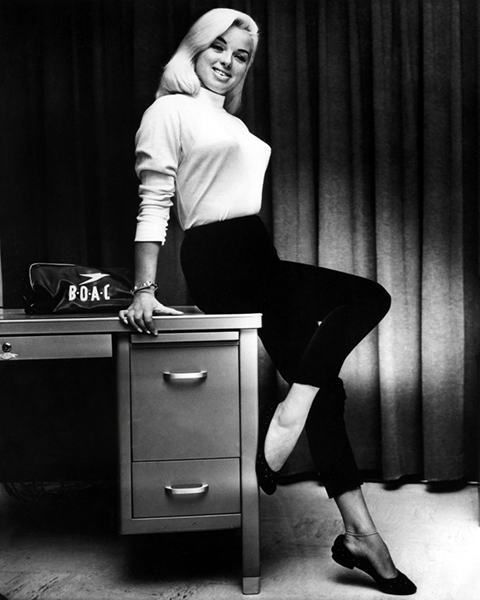 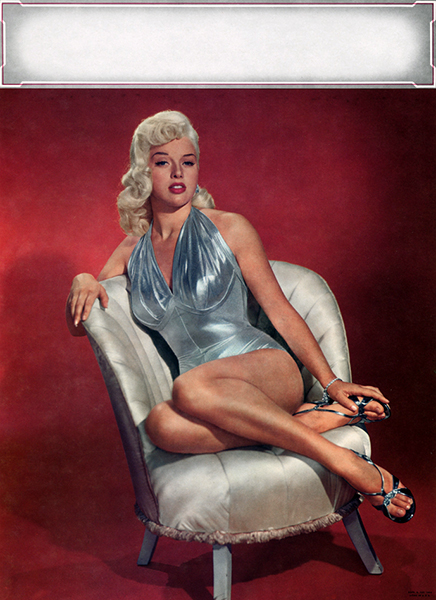 “You know, things are tough in the world, let alone in showbusiness. There are buong to be terrible heartbreaks. If you can laugh, you’re safe. The ones who can’t, finish up with the bottles and pills.” — Diana Dors 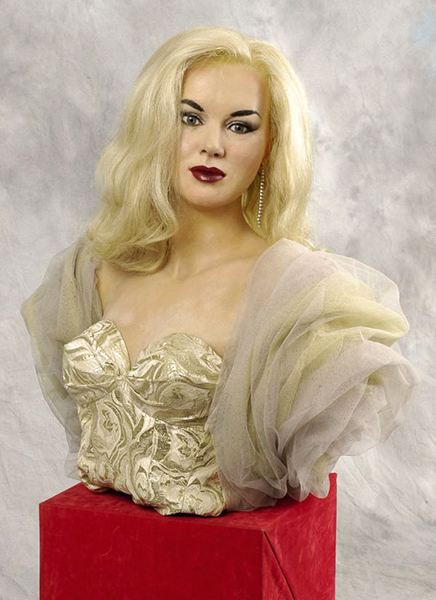 Diana Dors. Height: 24 inches. The head and torso is all that’s left of the original wax figure appearing on the cover of the Beatles’ Sgt. Pepper’s Lonely Hearts Club Band album. Originally, the waxwork was borrowed for the shoot on March 30, 1967, from Madame Tussauds.