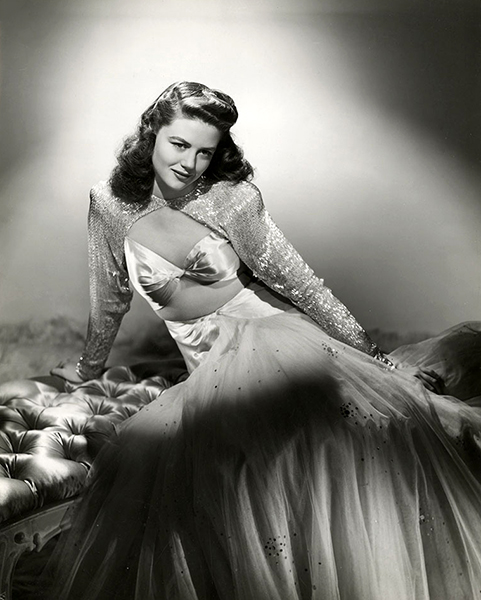 “The only thing I did at RKO of any note was lose my Texas accent.” — Dorothy Malone 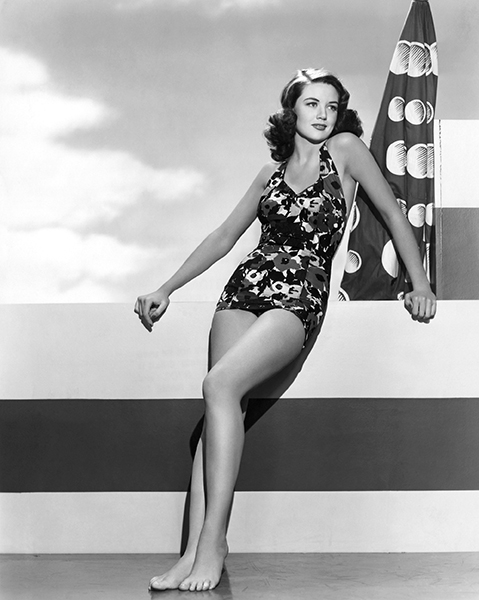 “I wanted to be a schoolteacher or a nurse, but after appearing in ‘Starbound’ at S.M.U. in Dallas I was brought to Hollywood for three months. I made no pictures but did take lessons.” — Dorothy Malone 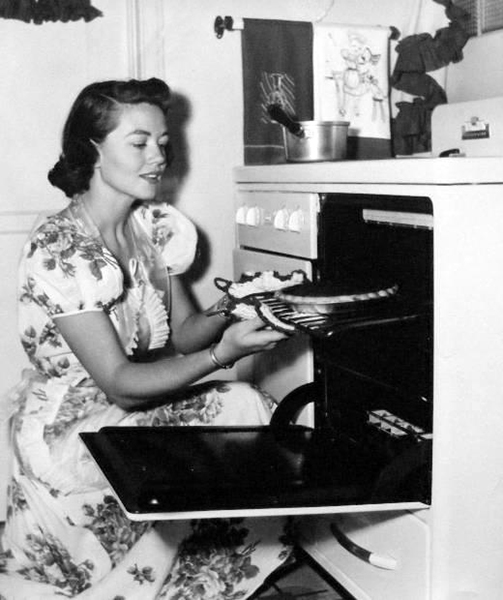 “I can make any recipe you hand me.” — Dorothy Malone 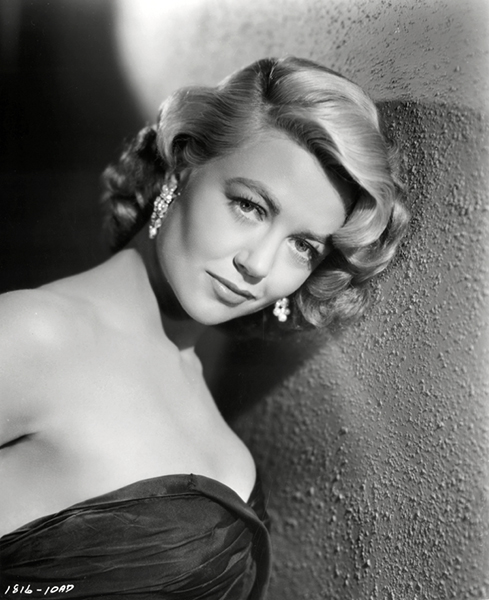 Dorothy Malone’s Special — An interesting mix of salad and sandwich.

Directions: Remove and discard small amount of water from canned peas. Cook peas and salt pork together slowly until most of the liquid is absorbed (about 30 min.) Set aside.

For Salad Topping and Vinaigrette dressing

Cut loaf of cornbread in half and then each square into fourths. Toast lightly in grill or broiler (so they won’t absorb liquid). Arrange two pieces on each plate. Top with salad and black-eyed peas. Drizzle with leftover dressing over each open-face sandwich. Eat at once.

Shredded cheese on top of Special. 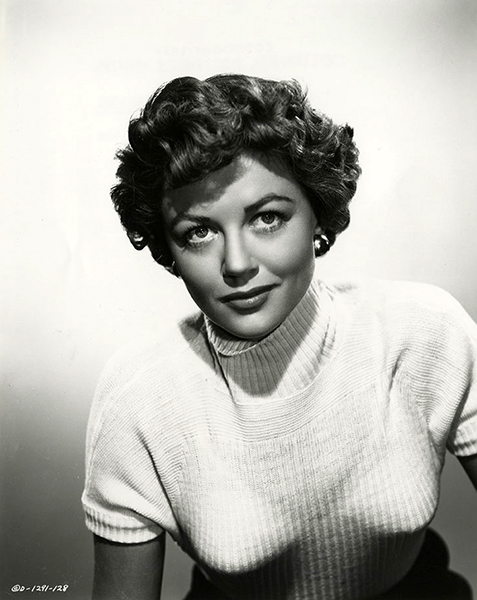 “I’ve tried to feel that working in Hollywood was a way of earning a living like any other job. I’ve seen too many kids believe their own publicity and that’s sure death.” — Dorothy Malone 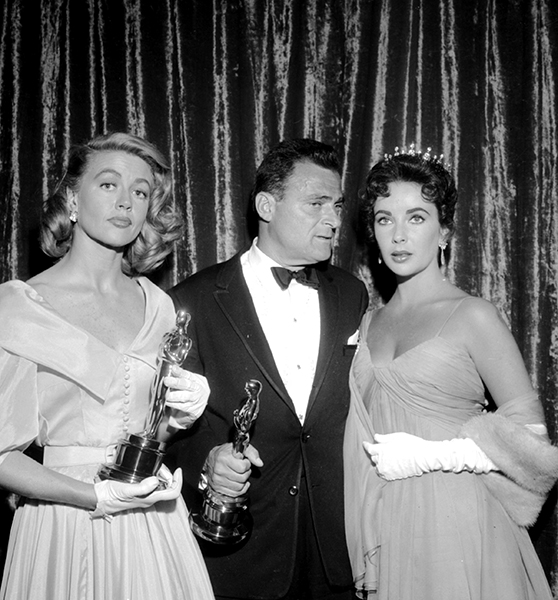 “This sounds like a Scarlett O’Hara story. I had a bolt of beautiful curtain material – kind of a beige color with a shimmer. So I took it to a little Japanese girl, and she made a dress for me overnight.” — Dorothy Malone

Standing next to her at the 29th Academy Awards is Mike Todd (Best Picture, Around the World in 80 Days) and his wife Elizabeth Taylor. Malone holds the Best Supporting Actress award for Written on the Wind. March 27, 1957. 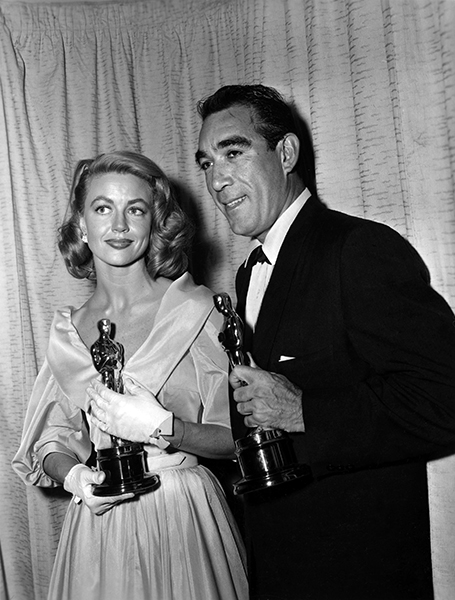 “I was so shocked and nervous. I thanked everybody but the janitors.” — Dorothy Malone 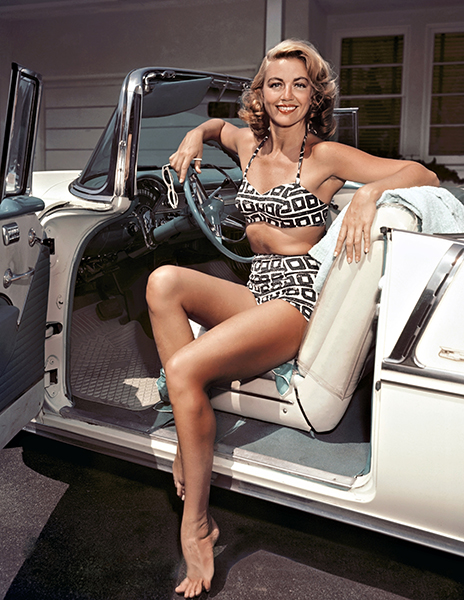 “After Written on the Wind I got terrible scripts. I was under contract and forced to make about eight pictures in a row, and I didn’t get paid for two of them. I was worn-out, over-thin and my hair was over-bleached.” — Dorothy Malone