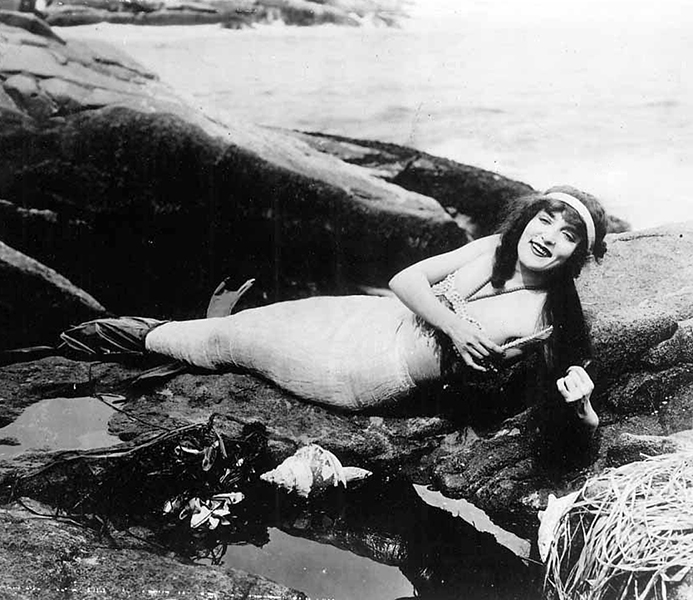 “I’m proud as Punch of my movie acting. That is better than the tank, because I drop off a precipice once in awhile or be a mermaid in a real sea cave.” — Annette Kellerman 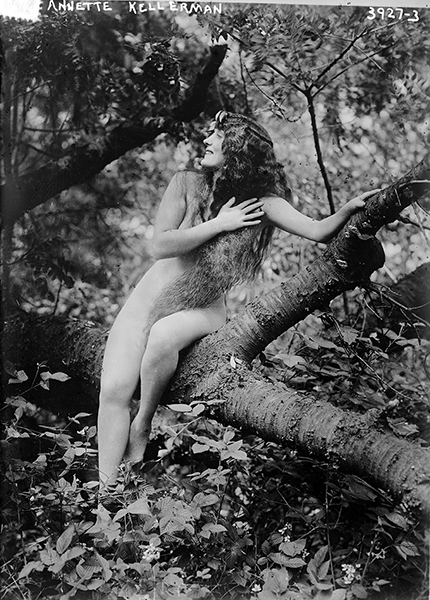 Annette Kellerman, Australian swimmer and vaudeville performer, was the first major film star to disrobe for a nude scene. The film was A Daughter of the Gods (1916), the Fox Film Corporation’s first $1,000,000 film production.

In 1975, Kellerman dismissed her famous scene, saying, “I wasn’t really nude. I had on a flesh-colored bra and a pair of BVDs.”

Photo stills from the movie, however, suggest otherwise. 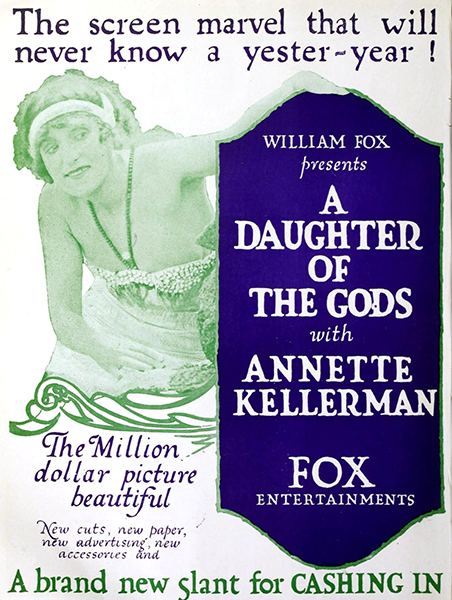