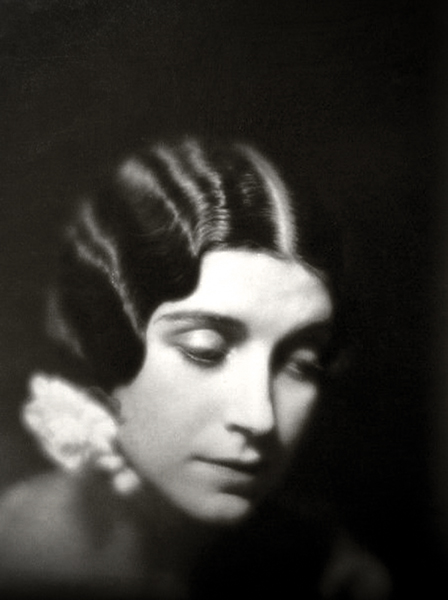 “The players at the Vitagraph were so generous about – what is it you say – teaching me the ropes? Do I not speak good New York?” — Helena D’Algy

Silent film player Helena D’Algy was born Antonia Lozano Guedes Infante in Madrid, Spain, around June 1, 1906. (Note: other online biographies claim that she was born in Lisbon, Portugal). She had a brother, Tony D’Algy, who (according to his IMDB bio) had a Spanish mother and Portuguese father.

The Los Angeles Times claimed that Helena came from South America and had worked in the “Follies.”

She eventually signed with MGM and appeared in a few minor film roles until Natacha Rambova “discovered” her. Rambova then gave her a supporting role opposite Rudolph Valentino and Nita Naldi in The Sainted Devil (1924).  Her brother, Tony, also appeared in the film as well as Valentino’s Monsieur Beaucaire released earlier in 1924.

Following A Sainted Devil, Helena appeared in supporting roles opposite Alice Terry, Renée Adorée and Alma Rubens. She also starred in two westerns opposite Buck Jones and George O’Brien. Her last American mainstream screen appearance was in 1926 in an uncredited role in John Barrymore‘s Don Juan.

With the arrival of talkies, Helena and Tony D’Algy worked in Spanish and French language films produced by Paramount from 1930 to around 1933. She then disappeared from the screen.

Although Tony died in Lisbon in 1977, Helena was still alive, appearing as herself in a Spanish documentary called Imágenes perdidas (1991). But no one seems to know what happened to her afterwards…or when she died. 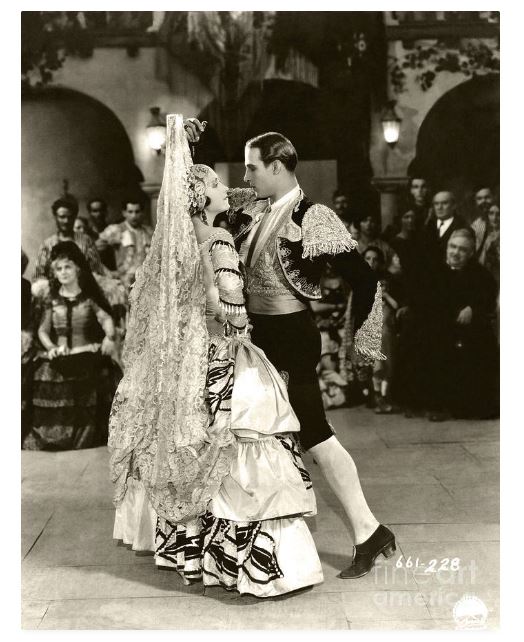 Helen D’Algy and Rudolph Valentino in the lost 1924 film, A Sainted Devil.