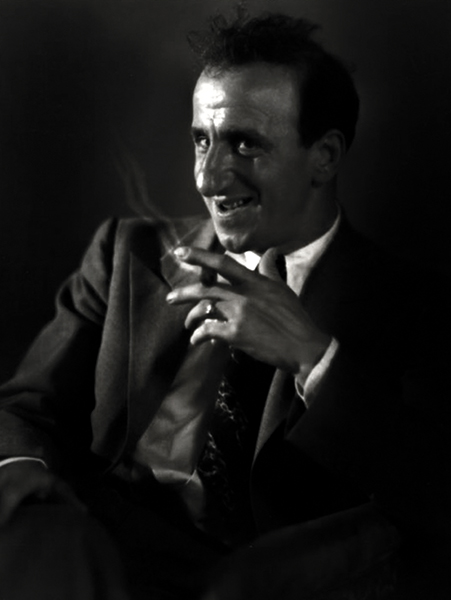 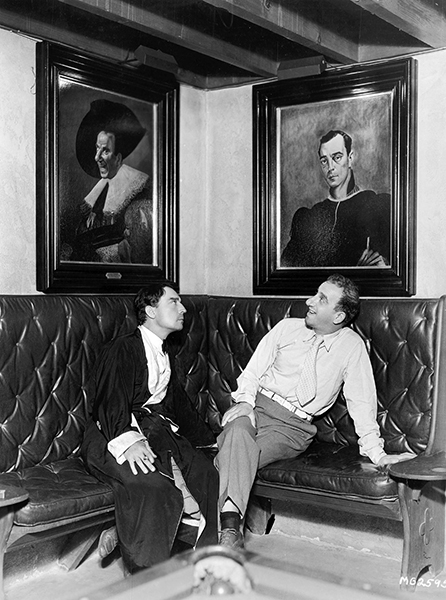 Buster Keaton and Jimmy Durante taken in 1932, towards the end of their brief comedy team. Keaton had become a major alcoholic, and was on the verge of being fired from MGM.

The two stars never really got along, although they never openly feuded. Keaton felt that MGM was grooming Durante for better things, plus he disliked Durante’s constant punches in the arms and chest while playing to the camera. Durante, on the other hand, was aloof, not really fraternizing with the cast.

When this photo was taken, Durante was about to start on a film called Pig Boats, which would later be renamed Hell Below. MGM kept quiet about future projects for Keaton.