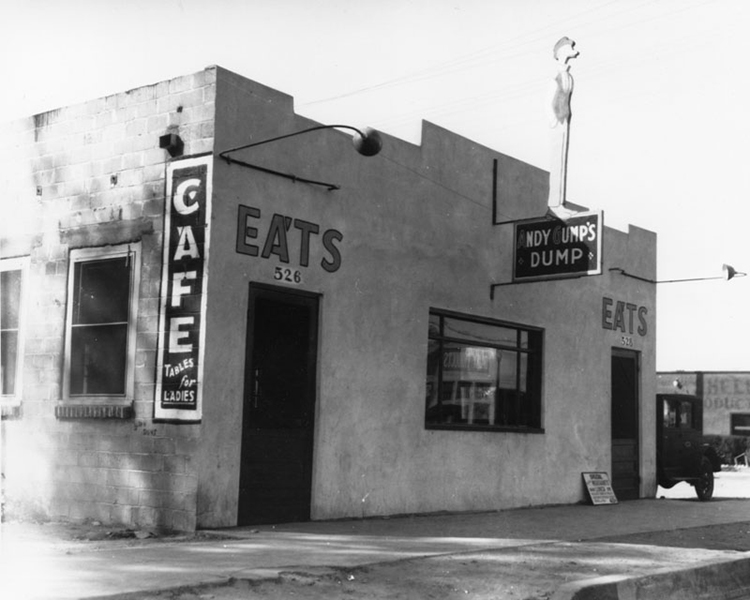 Marian G. Turner, by decree of Judge Summerfield, is out of “Andy Gump’s Dump” in El Monte. She passed out yesterday at the same time that Beryl R. Turner passed out of her life.

Mrs. Turner was awarded a decree of divorce on charges that her husband wounded her feelings by calling her a “bum sport” because she would not drink or smoke.

When the case came to the point of a division of the community property, it developed that the Turner family fortune was based on an El Monte hot dog emporium rejoicing in the name of “Andy Gump’s Dump.” Started on a few dollars, the Turners have run up a community estate of $3000 out of the profits of the “Dump,” the wife testified. So Judge Summerfield awarded the “Dump” to the husband and gave Mrs. Turner judgment for $1500 for her share. She was represented by Attorney A.C. Galloway.