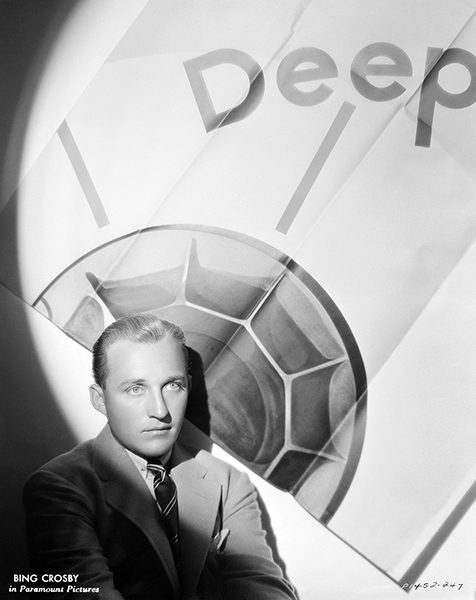 “As long as crooning pays as well as it does, I’ll stay at it.” — Bing Crosby 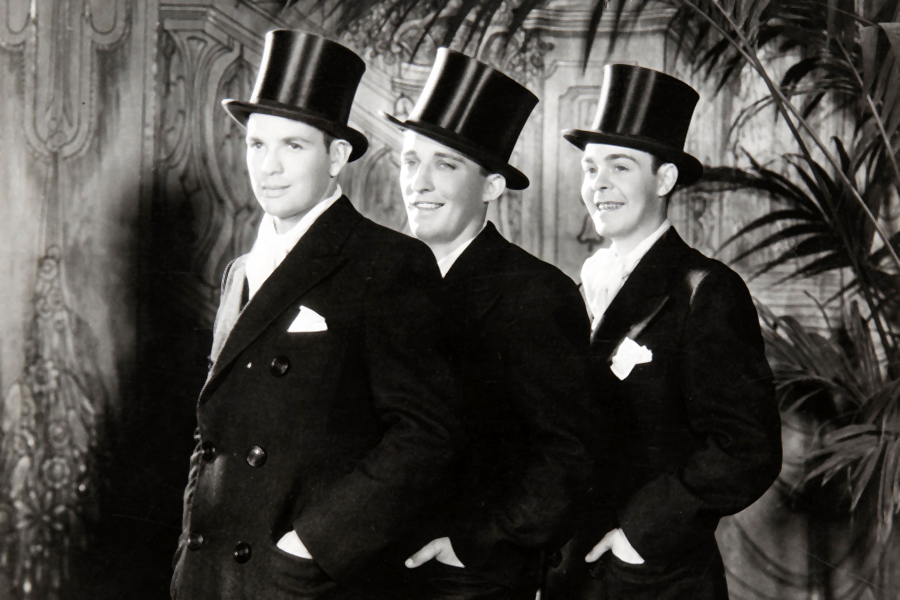 “I certainly got into quite a bit of trouble but I never let it interfere with my work – just missed a couple f shows at the Cocoanut Grove from time to time. But I guess my salvation was that I liked the work and you can’t work well if you’re loaded too often or tired so…you can say I carried on pretty good.” — Bing Crosby

Photo: Al Rinker, Crosby, and Harry Barris as the Rhythm Boys in the early 1930s.

“All in all, I’ve been remarkably lucky. I wanted to be famous – everybody does – and I became famous.” — Bing Crosby

“Bing was an excellent player, with the slowest backswing I’ve ever seen. While he was taking the club back, you could fit him for a tailored suit.” — Bob Hope

Crosby wandering around Santa Anita Park in 1938. It looks as though he is standing in front of box seats reserved for W.S. Van Dyke, one the more prolific MGM movie directors of the 1930s. (Photographer: Herman J. Schultheis / LAPL 00099342)

“I think popular music in this country is one of the few things in the twentieth century that have made giant strides in reverse.” — Bing Crosby