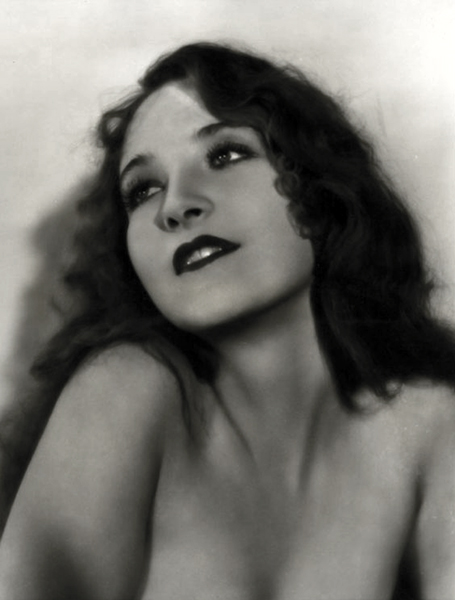 Los Angeles Times, January 25, 1930 — When Florenz Ziegfeld created the show girl for his New York stage productions little did he realize that Hollywood and films would ever offer competition in this field. The talking pictures came along and now there are hundreds of them awaiting their opportunity in the musical extravaganzas of the screen.

As a result, Henry Clive, magazine illustrator and artist, looked them all over and yesterday he announced his selection of Jean Morgan as Hollywood’s most beautiful show girl. She is under contract at the First National studios.

Clive, in picking Miss Morgan, viewed more than 300 show girls in the principal studios of the film capital.

The film show girl as represented by Miss Morgan is the new type of show girl, not the familiar rich-husband hunter of Broadway. Miss Morgan lives with her family, she has a high school and junior college education, is studying singing, dancing, dramatic art and languages.

Miss Morgan was born in Port of Spain, Trinidad, British West Indies. Her family later migrated to Boston, where she finished school and where she played minor stage roles. She sang and danced in Earl Carroll’s chorus and was ready for a tryout with Ziegfeld when she learned of the migration to Hollywood, joining the crowd and receiving a contract with Warner Brothers’ Vitagraph chorus.

Jean Morgan’s real name was Harriet Krauth and she was born in 1907. Her father was a chocolate trader in Trinidad who migrated his family to the United States to pursue a career in chocolates after his business in Trinidad failed during the first World War.

Harriet Krauth had show business in her blood and was not only determined to make a living for herself, but also pushed for showbiz careers for her siblings as well.

Jean headed for Hollywood followed by her family and after making her rounds as an extra, she was eventually signed by FBO.

Jean took her younger sister, Violet, 15, and her two brothers, Eddie and George, 18 and 20, on her rounds as an “extra.” At some point, the Krauth family name changed to Morgan. Violet’s name changed to Marian.

Knowing that Marian was prettier, Jean managed to bring her sister to many of the early cattle calls as well as taking her brothers when they were available. Casting agents who wanted to cast Morgan had to endure her sales pitch and as a result, Jean Morgan lost a lot of work.

Jean delved into Trinidad astrology and came up with the idea that the key to success had to do with having eleven letters in a name. So it was decided that her sister’s stage name should change from Marian Morgan to Marian Marsh. This is according to a Los Angeles Times article in 1931.

After Fox studios hired Marian as a bit player in Whoopee, Marian caught the eye of an agent, who in turn introduced her to John Barrymore. Barrymore insisted that Marian play opposite him in Svengali and as a result, Marsh was able to have a briefly successful film career.

Following her sister’s success, Jean changed her last name to Fenwick but fame would remain elusive. Jean Fenwick worked primarily as an extra and bit player the rest of her life, passing away on December 5, 1998, in Woodland Hills.