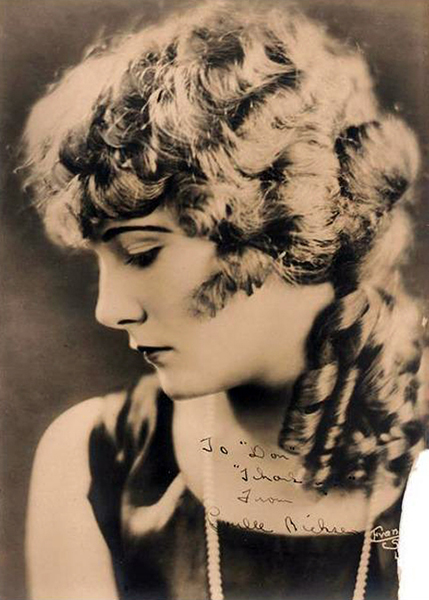 “I have always been cast to play a mean little snip. Of course, I am proud to have been given the part and I have enjoyed it immensely, but would you believe it? People actually think I am myself just what I play. And it hurts me. I don’t like to be despised and hated. And millions of people hate me just because of what I play.” — Lucille Ricksen 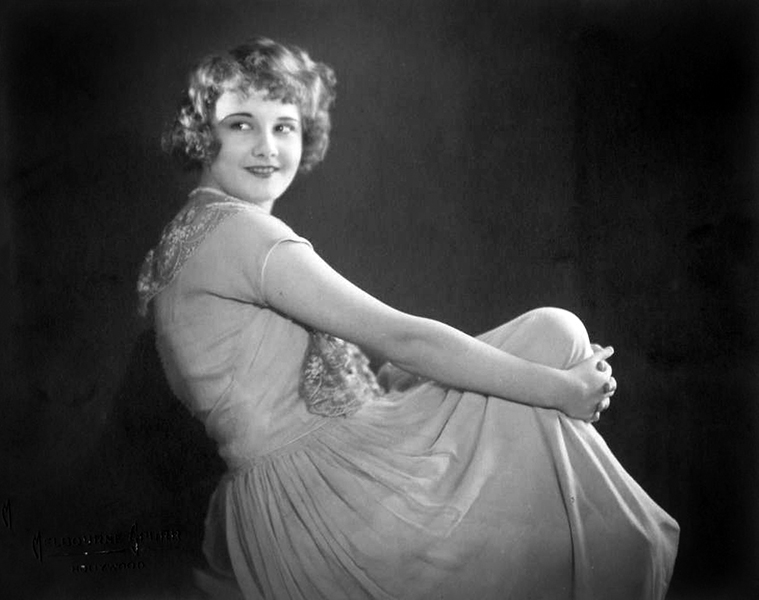 “A few weeks ago, in casting about for someone to play the leading role in a new picture, I said to Irving Thalberg:

“‘What about Lucille Ricksen? She’s as clever as can be and she has a national reputation.’

“He shocked me by his answer:

“‘The poor child is dying!’

“She had been suddenly stricken with the grim disease that finds its victims everywhere – tuberculosis. In spite of all her life in the open air; in spite of all the care of a mother who had hardly left her for an hour, Lucille was struck down.

“Her mother had taken her into the desert, but she showed no improvement, and the loneliness fretted her spirit dangerously. She and her mother and her brother had crept back to town and taken a little flat. They told the physician they called, Dr. McKittrick:

“He gave her the most incessant care, often visiting her five times a day; but even afterward where there was money enough he refused it.

“Returning to Los Angeles one Sunday morning from a railroad journey, I saw in the paper headlines describing the sudden death of her mother. That afternoon, I called and found the radiant youth I had last seen a pitiful shred of herself, emaciated, prostrate with weakness and grief. Her eyes alone were alight with their old fire.

“The loud idleness and the long illness had exhausted the earnings that had just begun to grow important and had had to be expended on the support of her mother and a younger brother. Before her health broke she had taken out a life insurance policy for $50,000, but that could only be touched by the hand of death.

“I told her I thought of her as a daughter and she need have no thought of finance. Other and better friends of hers, such as the actress, Lois Wilson, and the directors, Paul Bern and Marshall Neilan, already had sent out appeals, and in a few days, more than $23,000 had been subscribed by movie picture people, many of whom had never seen her.

“She insisted upon telling me how her mother had died and a more touching picture never was drawn than in the faint voice of that frail wraith of shattered youth and beauty.

“After her mother’s death, Lucille‘s brave young soul responded to the whip of necessity and she seemed to grow strong and resolute. We talked of her great future. She begged only not to be sent into the desert again.

“A pleasanter face was found with a sleeping porch. A trained nurse was provided and Marshall Neilan sent his own cook over to prepare her meals till a servant could be engaged, for there was no lack of money now.

“Actors are actors because their hearts are peculiarly sensitive, peculiarly alive with sympathy, and the funds came rolling in. But she could not be moved, since the first rally against the shock of her mother’s death had exhausted her. She had seen her own fate acted out before her with ghastly vividness. And the fear of death, the greater horror of all her unfulfilled ambitions, lashed her into her grave.

“Late one night, while her brother and Lois Wilson and Paul Bern and the doctor sat in her little room to keep her company in her final terrors, her last breath came. And so she died, and with her what incomputable dreams, what brilliant creations of character, what visions of loveliness for the delight of billions!

“A great throng overcrowded the church where the funeral was held and filed past the flower-imbedded coffin to take a final glance at the face of this 14-year-old child already world-famous, already sealed in the last of her expressive masks.

“I had no wish to see her then, having been grieved enough by the last good-bye she called out to me on my last visit. But Lois Wilson, shivering with emotions, pleased: