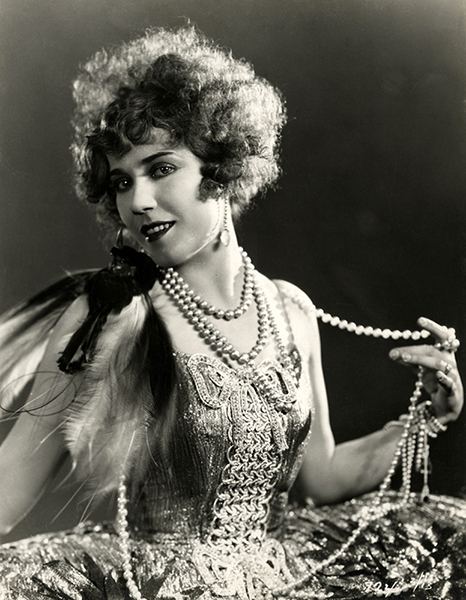 “I was very sensitive at the time, and whenever they referred to me in story conferences or on the set as ‘the homely girl’ I felt terribly hurt. My, how I envied the bathing beauties. My one dream was to be ‘A blonde for a day.’ I tried it; I bleached my hair. The next day I was cast as Mack Swain’s mother! I was seventeen years old. But that was a long time ago, and I can laugh at it now.” – Louise Fazenda, talking about her early days at the Mack Sennett studio. 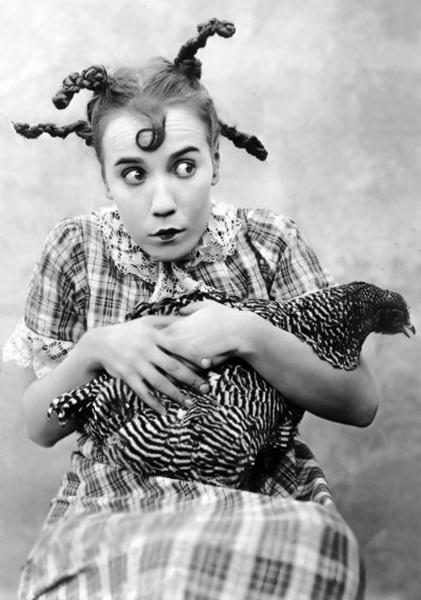 “About my work? Well, I love it! It is hard work, and sometimes hazardous work, but always fascinating. And I use ‘hazardous’ advisedly. During the filming of ‘His Feathered Nest,’ in which I played with Charles Murray, we had many difficulties. It seemed to be a ‘jinx’ for everybody in it. We were all hurt. The hansom cab ran over Mr. Murray’s foot; Wayland Trask fell from the bicycle and wrenched his shoulder; the rowboat tipped over and knocked me unconscious (I was in bed for a week), and, to cap the climax, we were all so badly burned we could hardly move. But just the same – it was lots of fun!” — Louise Fazenda 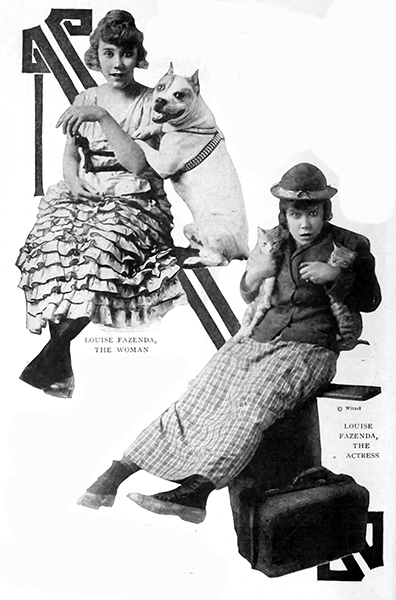 “I love the movies. I am just as much of a movie fan as anybody; and whenever I get through work early I hurry downtown and sneak into the first ‘picture show’ I come to. Even though I know all the ‘inside workings’ of the studio, it never loses fascination for me.” — Louise Fazenda 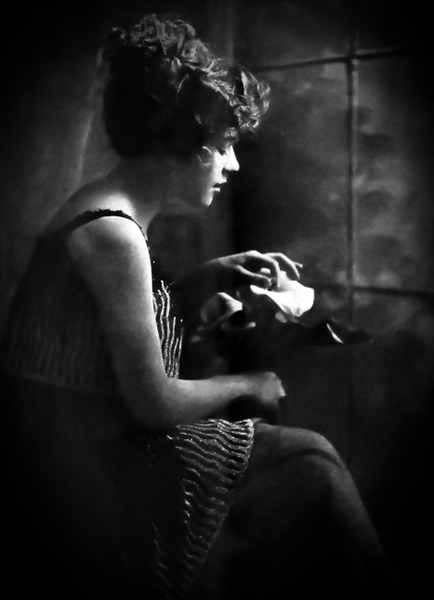 “I wish you might be with me some evening as I look over my day’s mail. The notes are written on anything from wrapping paper to the finest stationery, but I always look for the comments which show a real ‘ heart-interest,’ and then I thank the writers with all my heart.” — Louise Fazenda 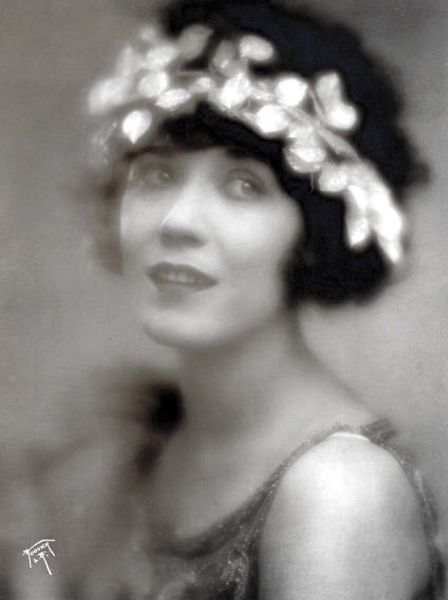 Los Angeles Times, April 21, 1962 – Louise Fazenda, 67, was a zany screen comic in her day – and that was the way she chose to be remembered in her lifetime.

But Friday, Miss Fazenda, wife of producer Hal Wallis since 1927, was buried in Inglewood Park Cemetery. And no longer could she fend off the testimonials to her philanthropy which she shunned as long as she lived.

The stories came to light only after Miss Fazenda’s death.

In 1954, friends said, she read in the Times of a 5-year-old girl hospitalized after the death of her mother in the same auto accident. Miss Fazenda read of it and paid all the expenses.

A law student decided he’s have to drop out of school because his wife was expecting a baby. Instead, Miss Fazenda took up the bills.

Money wasn’t the beginning of the comedienne’s philanthropy.

“She used to go out to UCLA Medical Center, where she’d feed the young children, rock them and sing them to sleep,” a friend said. “More than once a doctor left the instruction: ‘Let the child spend some time with Louise Fazenda.’”

One who knew all Miss Fazenda’s charities was Mrs. Irving Asher, known by movie fans of another era as Laura La Plante.

“She helped wherever she could,” said Mrs. Asher, “wherever she was – Hong Kong, London, anywhere – she always found the homes for the poor or for the children.”

“About a year ago,” she said, “there was a little boy who wouldn’t eat. The doctors were really worried about him. But Louise would run back and forth to her home, trying out different dishes, different flavors, and then coax him. He recovered.”

Not all of “her” children recovered. She spent hours with terminal leukemia patients, Mrs. Asher said.

They could testify to her kindliness. But to others – children who were desperately ill or hungered for love – she will be a misty memory of a gentle woman who rocked them and loved them when they needed it.