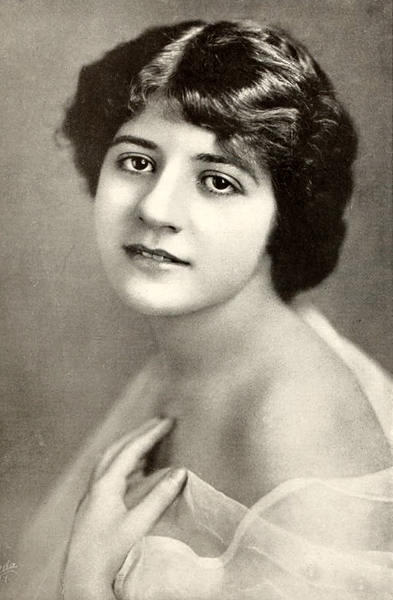 “I generally claim Savannah, Georgia, as my birthplace, though I was really born in Salt Lake City. Well, you see, it was this way. My father, William G. Snow, was a minstrel comedian for twenty-five years, of the team of Snow and West, and of course he traveled constantly. It simply happened that mother was in Salt Lake City when I was born. Almost immediately thereafter we went to Savannah, where we lived for several years, my father dying when I was a baby. After a time mother and I went to Denver, where I passed all my childhood.” — Marguerite Snow 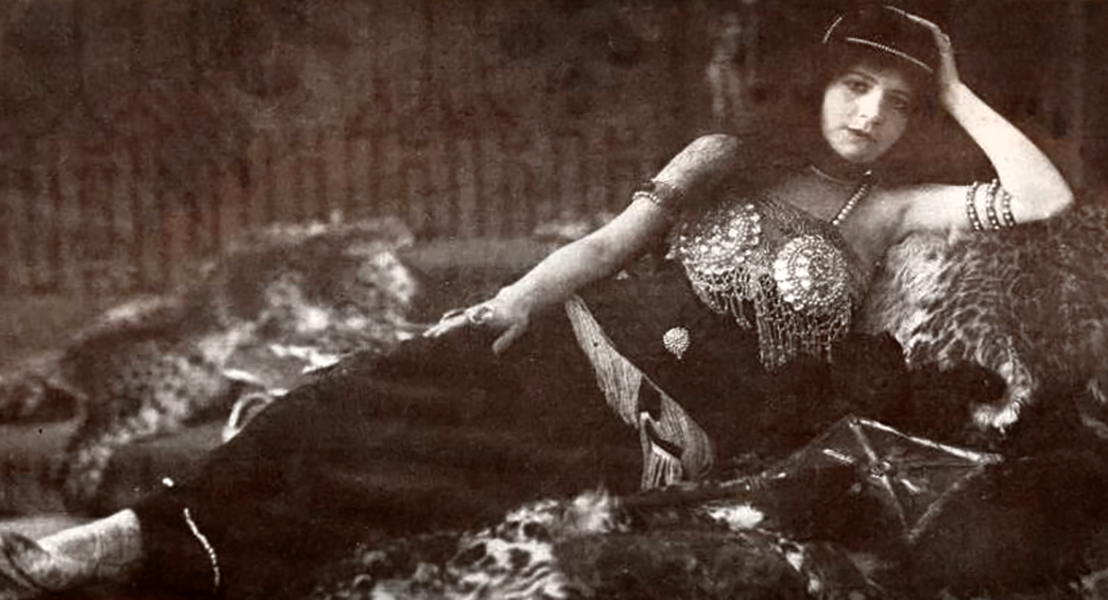 “I started out on the stage when I was fourteen and was dragged around all over the universe by unfeeling managers until five years ago, when I got a chance to go to work for the Thanhouser people in New Rochelle.” — Marguerite Snow 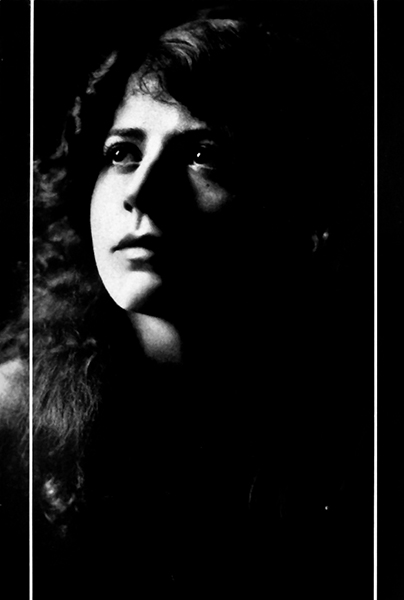 “My going into pictures was largely accidental. A girl friend of mine was posing for the Thanhouser people and she suggested that I accompany her one day, just to see how motion pictures were made. While watching the work, Mr. Thanhouser asked me I would like to appear in a picture which they were about to take. Largely for the fun of the thing, I said I would and I was pressed into immediate service, costume, makeup and all, in a picture called, ‘Baseball in Bloomers.’ Suddenly the director called out, ‘Everybody into the machine and out into the country for pictures.’ ‘What,’ I cried, ‘go out-of-doors in such a costume and in winter weather like this? Not for me!’ And I immediately took off my costume and returned to New York. A week later, however, my telephone rang and there was Mr. Thanhouser speaking, urging me to reconsider my decision, saying he wanted me to appear in a picture, ‘His Younger Brother,’ and adding, ‘It is all indoor work this time.’ So I consented, and was a member of the company for about six months.” – Marguerite Snow 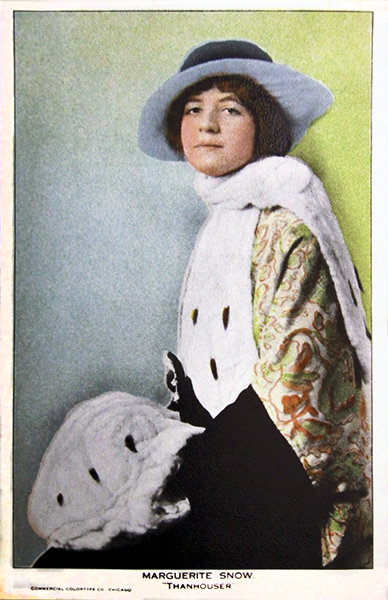 “The summer of 1911, I temporarily returned to the stage, being leading woman of the stock company at the Belasco Theatre, Washington, D.C…..After that I took up picture work again, being the first regular lead with the Kinemacolor company, where I remained for about two months, and then I re-joined the Thanhouser forces, where I have been ever since. It was a strange thing that as soon as I had determined to remain permanently in pictures, I received no end of offers for excellent theatrical engagements…but I resolutely turned them all down.” — Marguerite Snow 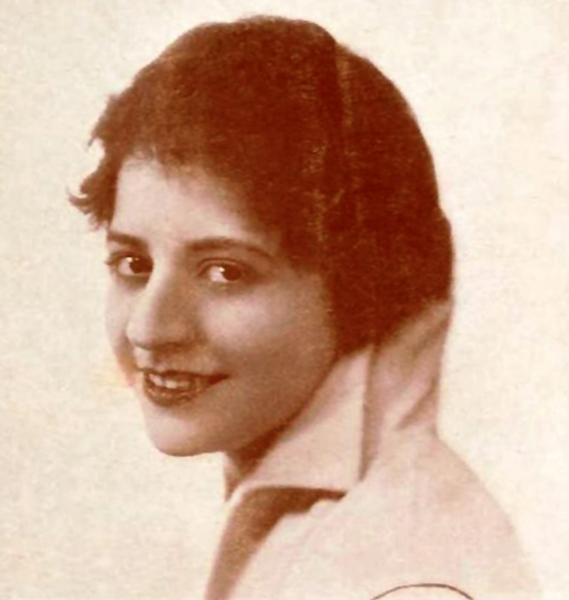 “The stage? No, I shall never take up that work again, I am sure. I liked it, of course, when engaged in it, but the risks are too great. Youth and pretty faces rather than real talent, are what count upon the stage now. Then there is always the danger of your company closing, or of you not making good. Now in pictures there is no risk at all, you have steady employment, without fear of closing, and, too, I couldn’t possibly have a home like this if I were an actress. Having lived all my life in hotels, first as a child and later when I went on the stage, of course, I am in an especially favorable position for appreciating a home.” — Marguerite Snow 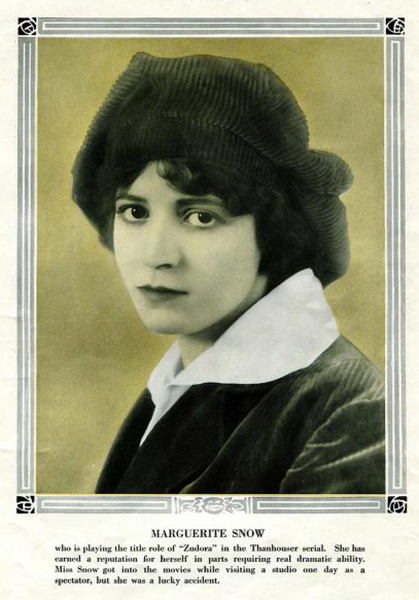 “I guess the real reason why I like moving pictures better than I ever did the stage is because when you are working in pictures you get the chance to settle down and have a home while when you are on the stage life is just one hotel after another.” — Marguerite Snow 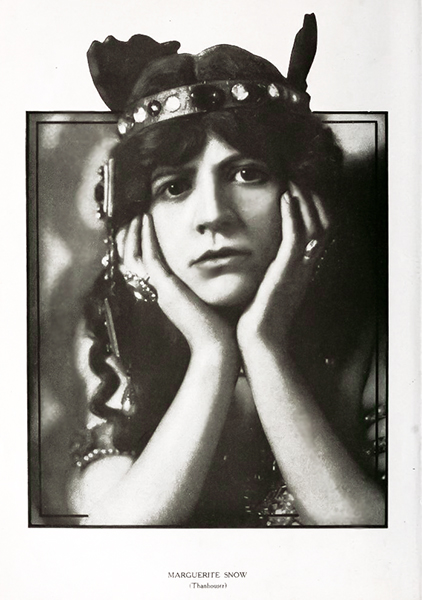 “You don’t know what a relief it was to get settled down somewhere for the time in my life. I had a great time with the Thanhouser people, but I am certainly enjoying it here. You know, I was really scared to death when I came out here and had to rush into Mr. Bushman’s arms in the first scene we had. But I didn’t have much of a chance to remain a stranger, as we have been on a mad rush ever since.” — Marguerite Snow 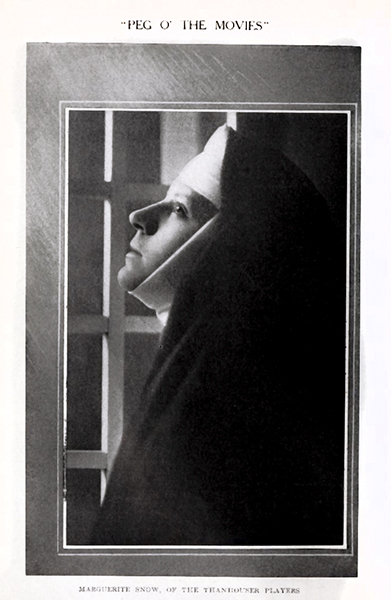 “In fancy, as I run over a script, I visualize the story and figure out how I will interpret the part to ‘get it over’ to the best advantage. Then, when I get before the camera, I forget everything but the part, and I live that.” — Marguerite Snow 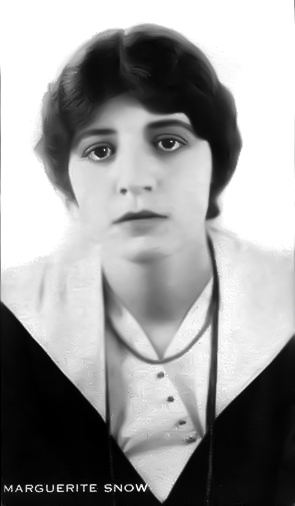 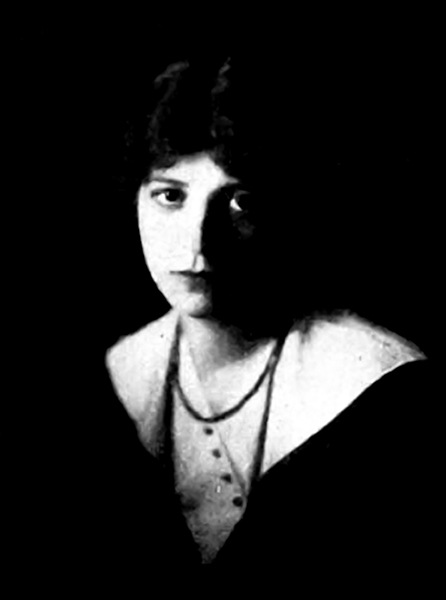 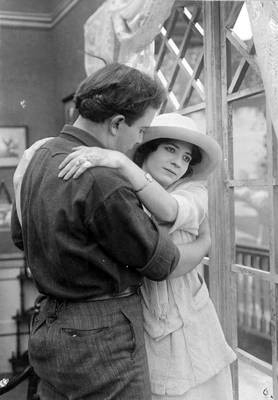 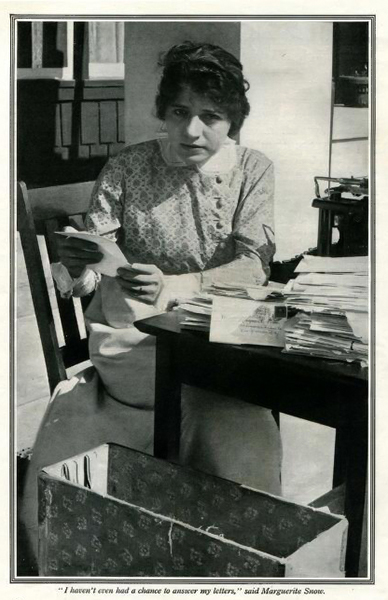 “I haven’t even had a chance to answer my letters. Look at them. I usually try to keep up, but I haven’t had a chance out here and now I have had to buy that typewriter over there and I guess I’ll have to dictate the answers and just sign them because I never could catch up in longhand.” — Marguerite Snow 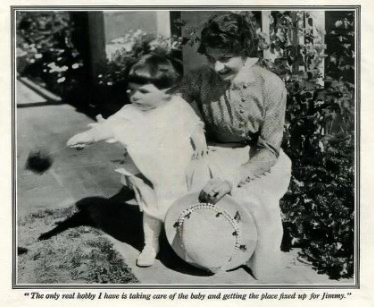 “I don’t ride horseback or swim or golf or run over people in my car or do any of those ‘stunts’ that make good reading. The truth of the matter is that I hardly know how to drive my own car and I much prefer the backseat to the driver’s. The only hobby I have is taking care of the baby and getting the place fixed up for Jimmy [Cruz].” — Marguerite Snow 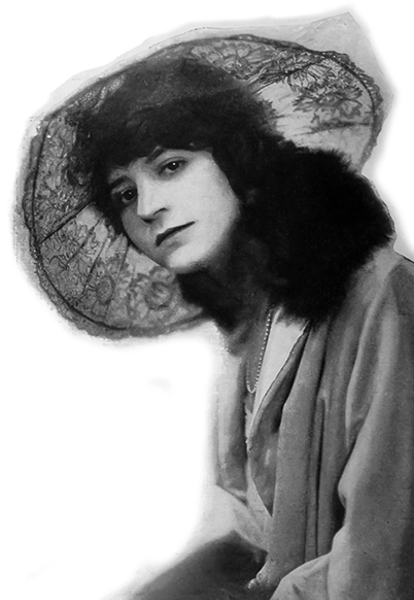 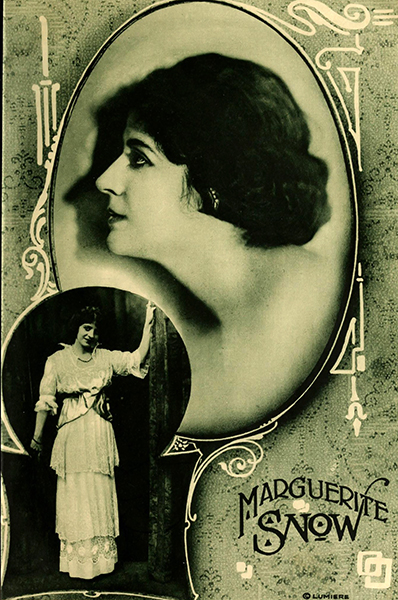 “You will see that the actors and actresses who make a success in motion pictures are not trying to be actors and authors and directors all at one. You have to put all your time in at acting to be a success at it. I think you’ll also find that the people to reach the top in the pictures and stick there are the ones who got their training on the stage. Lots of actors and actresses get suddenly famous by means of some stunt they can do, but the people quickly tires of that one stunt and demands some real acting.”” — Marguerite Snow 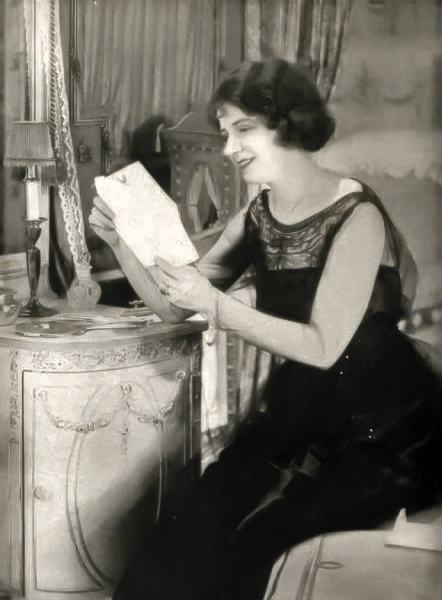 “I don’t object to letters from admirers telling how well I pleased in certain parts, because that is one way I have to know  whether or not I am pleasing my audience.” — Marguerite Snow 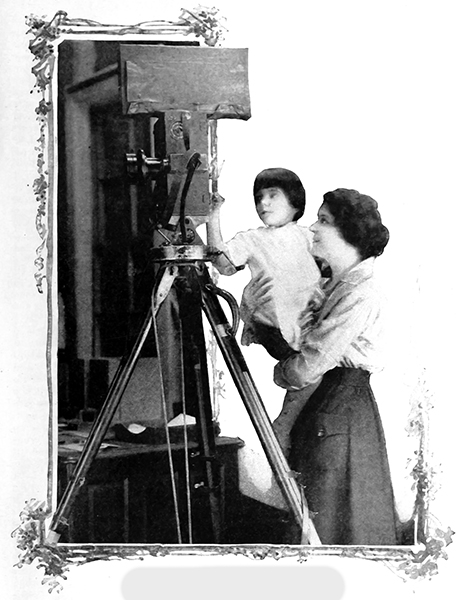 “I have been so busy – so busy just living that I haven’t had time to act. Julie takes up so much of my time – and babies are such fascinating things. At first I tried to keep up my work and bring her up properly. But I found that I couldn’t. I hated to leave her all day, and we picture-people have so little time for ourselves. So I gave up the business of being an actress in favor of the business of being a mother. Jimmy and I – Jimmy and I rented a darling place in the country, not too far from the city, and there, with Baby, we just retired like hermits, and lived the ‘simple life’ with a vengeance, and got acquainted with each other and Baby. It was a wonderful time.” — Marguerite Snow 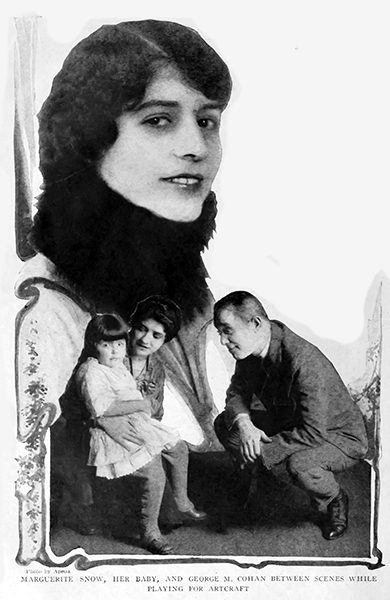 “Well, I was afraid I would forget how to act if I stayed away much longer, and it was quite a temptation, too, to work opposite Mr. Cohan in his first picture.” — Marguerite Snow