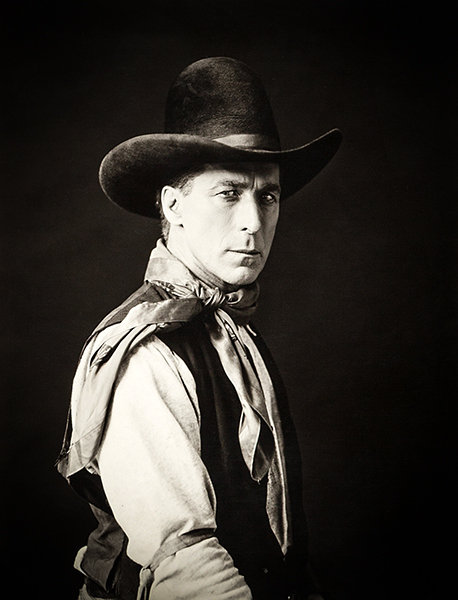 “The Western drama will never die. It may languish at times; it may give way to the temporary popularity of other sorts of plays, but it will never vanish either from the legitimate stage or the screen.” — William S. Hart 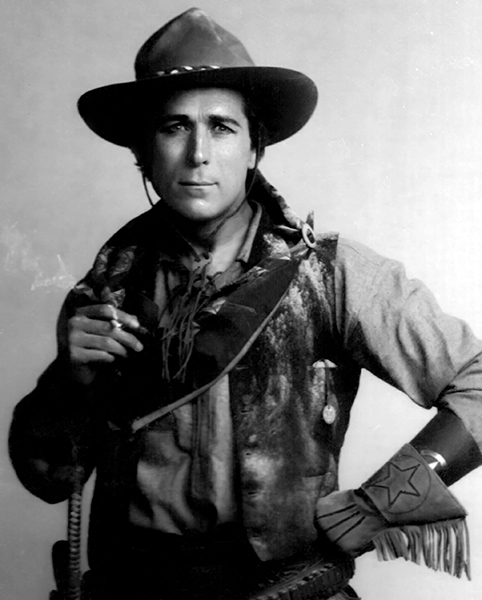 “I was brought up in Dakota, or live there right among the Sioux Indians until I was 15 years old. I believe the events in the life of a child from the time of understanding until the age of 15 are the ones that are not forgotten – that there is the impressionable age. You can pass up other years, other periods of your life, but the happenings of your childhood stick to you. As my childhood was passed in an atmosphere where a Colt was the court of the last appeal I could not help being an impressed observer and, therefore, retaining an understanding of Southern Life.” — William S. Hart in 1915

“While I like hotel life, circumstance impel me to live in a house. You see, I have a dog, and English bull; he has been with me for ten years, ever since he was a pup. He is totally blind. Two years ago, when I noted his eyesight was failing, I took him to the best specialist I could find in New York, but I was told nothing could be done. So I have a place up in the city where there is an enclosed yard at the back, and where during the day, when I am out here at work, my sister can let him our to wander over the lawn. Five years ago in Madison Square Garden, that dog made all the rich men’s animals look like 30 cents. Mr. Croker’s handler came to me and asked me if he were for sale. I told him no. A little later, he came back and told me that Mr. Croker had said I could put my own price once the dog. I asked him to please tell Mr. Croker that money could not buy the animal.” — William S. Hart in 1915 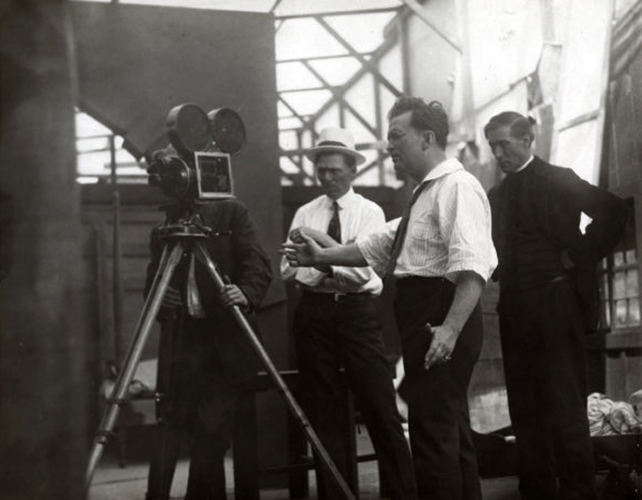 “It is mighty agreeable to work here, because Tom Ince is not only my boss, but my friend. We both roughed it together and together underwent the privations of actors struggling for recognition and experience….I do seem to have success from the start. I don’t judge so much by what people say as from financial and other reasons. I came our here a year ago for ‘The Bargain.’ When that was finished, Mr. Ince doubled my salary and kept me for ‘On the Night Stage.’ After that was done, Mr. Ince wanted me to stay here, but I had been getting letters from Klaw and Erlanger, with whom I had been for many years, and I returned to New York. Every morning, there would be a night letter from Mr. Ince asking me to come back. Well, five weeks from the time I left Santa Moncia, I was back at work under a year’s contract. At the end of four weeks, I was offered a still further increase in salary to make it two years, and I accepted. From all of which I think perhaps they like me in pictures.” — William S. Hart in 1915 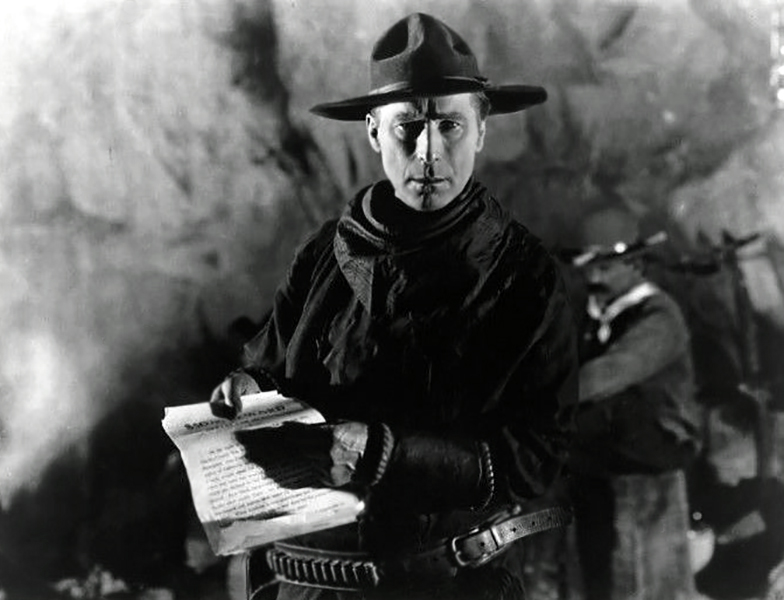 “The West has given America its only real romantic period which reached its zenith in the eighties and early nineties when the frontier was making its last stand. That was an era of action, romance and red blood and in my opinion it has given America its greatest drama. It will live in literature and the drama because of its red blood, for the red corpuscle appeals to the anemic just as it does to the normal person, perhaps even more so, for very human reasons.” — William S. Hart 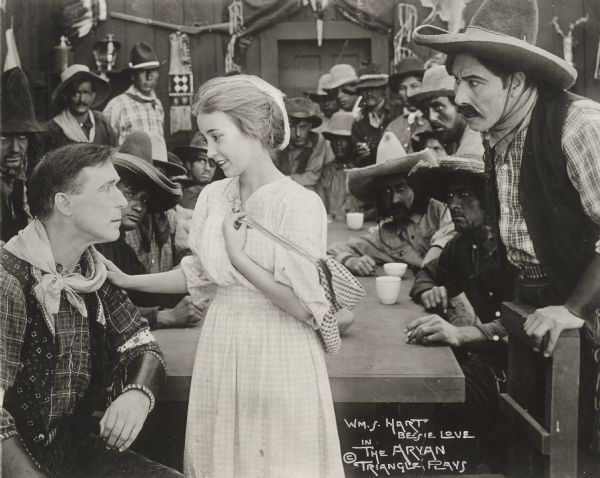 “He is a very wonderful actor. He has the soul of a poet. Yet he is just a splendid man!” — Bessie Love 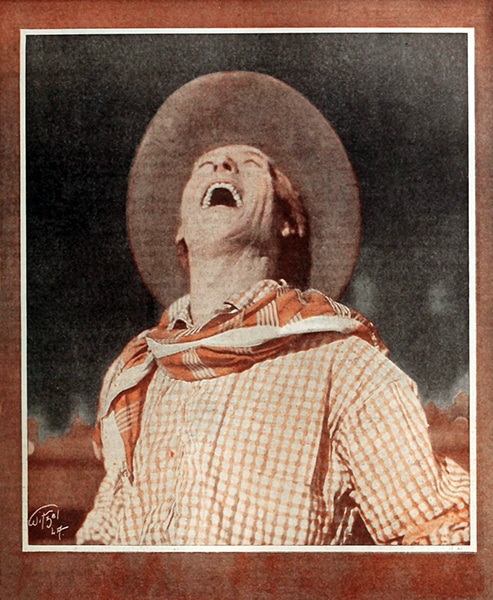 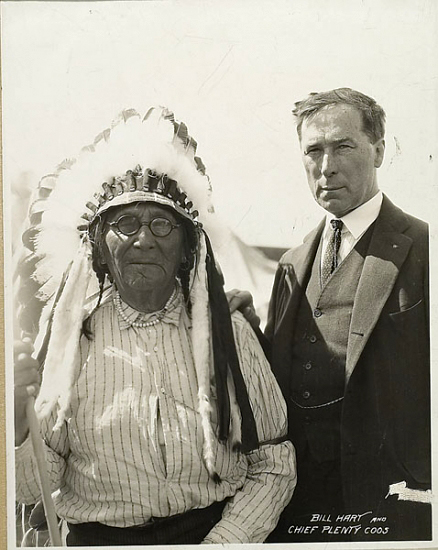 “Never in God’s world has any race been so abused and robbed and cheated as has been the Indian. The Indian was a king in his own right – a monarch, an emperor – and in one generation was compelled to become a servant. The Indian cannot really serve any more than could members of a royal house of Europe. A white man cannot understand an Indian’s pride. It is more intense than that of the white man, because the read man is more primitive. He is an aborigine, a savage, and his few instincts and feelings correspondingly are stronger than the many influences of civilization. The Indian for years was hunted down and crowded out. But now our government is doing all it can for the red man, although much yet remains to be done.” — William S. Hart 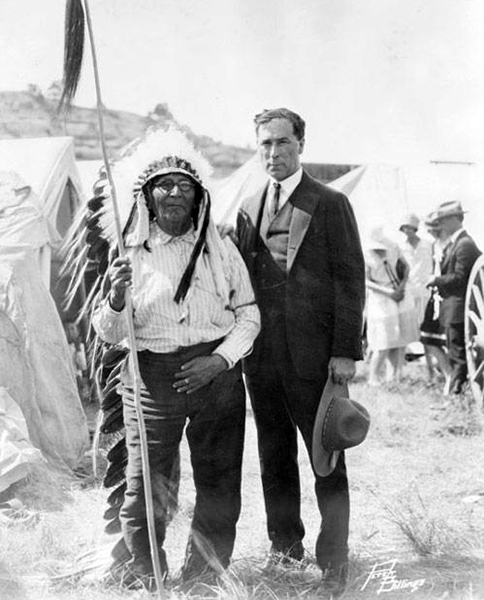 “There never lived a better-natured or finer man than the Indian. The Indian of the plains – the full-blooded red man, without any taint or admixture of Spanish or Mexican strain – naturally is gentle, kind and honorable to a fault. The Sioux, Cheyenne, Crow and Blackfeet Indians belong in this category. The Apache is from the lower part of the states and is not a true Indian. But the Indian does not receive any credit for the good qualities he possesses – even now trampled upon and outraged as he yet often is. His children are taken from him and sent to school, there to learn to live as does the white man, to talk his tongue and to grow entirely away from their parents. If the Indians do not give permission for the children to go, they are taken from them by force. The squaws will beat their heads on the ground in sorrow and grief and despair when their little ones are carried away. The men go around with drawn, set faces, fairly breathing their misery and hate against the whites.” — William S. Hart 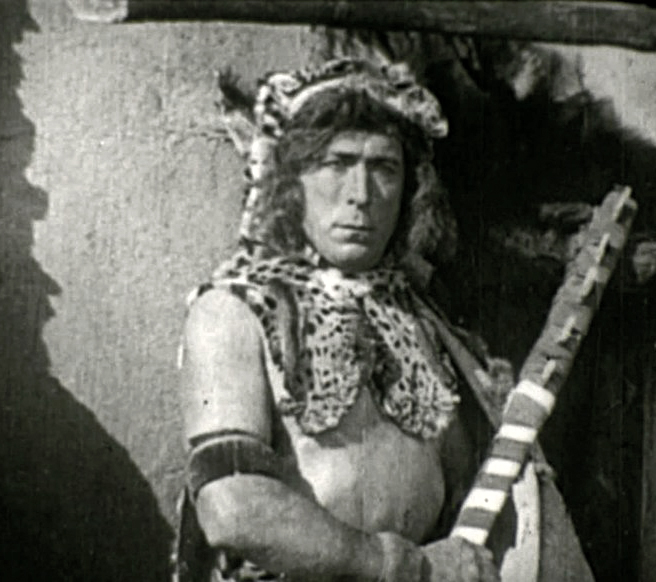 “When the red man is gone, then the American nation will begin to waken up and say, as they do of the buffalo and of the forest trees, ‘What a pity we let them go! How sad to have allowed them all to die! Why didn’t we treat them with consideration while they were here?” — William S. Hart 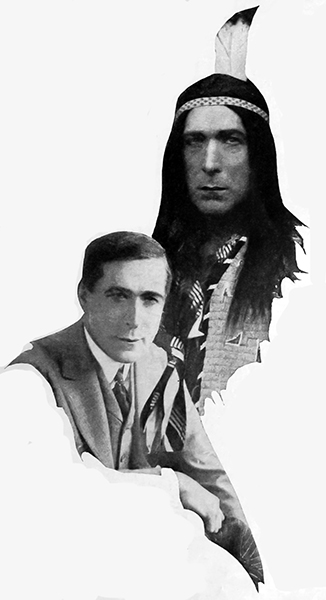 “They talk about the Indian being dirty. He doesn’t know how to be clean in the cramped quarters they give him, any more than does a wild animal in a cage. Take a bear from the woods; put him in a cage. He may be glossy and beautiful and clean, and cleanliness itself when captured; but he is not in captivity very long before his fur becomes shaggy and snarled, his eyes grow bleary, he goes around with a hang-dog look. Well, that is the Indian.” — William S. Hart 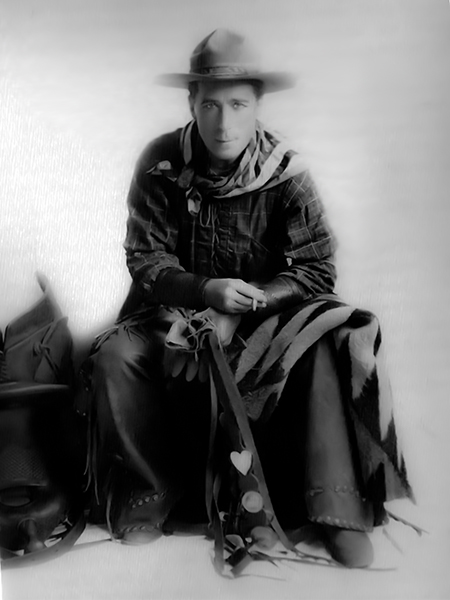 “One thing this Moving Picture business has done, and that is, banish the ‘stage’ idea of the cowboy. Before the movies were so well known, it used to amuse me to see stage representations of the cowboy. I have had lots of people, while I was on the stage, ask me, just casually and off-hand, ‘What is real cowboy like?’ As though any person could sit down and tell in a sentence, or even in an hour, just what one particular kind of man is like. Even the cowboy’s clothes are marvels of mystery to the average Easterner. I know a very famous actor who once was asked by a reporter why cowboys wore their cartridge belts so loose. And this actor, mind you, was famed for his interpretation of Western roles. ‘Why,’ he said, groping for knowledge he did not possess – ‘why, they do that on the stage just to look romantic, and because artists paint them that way. In the West, of course, they wear their belts tight.’ Which was plumb silly.” — William S. Hart 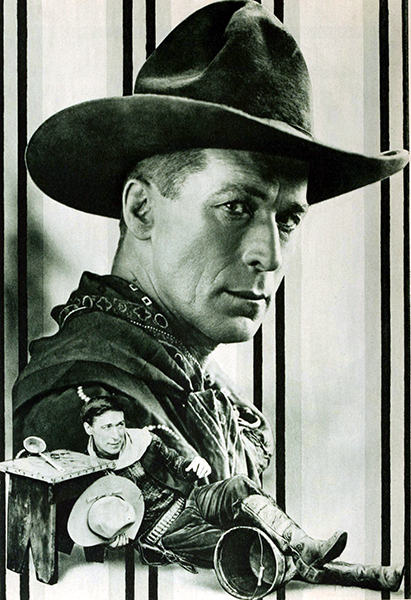 “The cowboy is a creature of real romance, but much more romance has been woven about him than really belongs to him – rather fake romance. He often is misunderstood and rarely fully appreciated. But he is real and vital, and even today is a thrilling factor in our land.” — William S. Hart 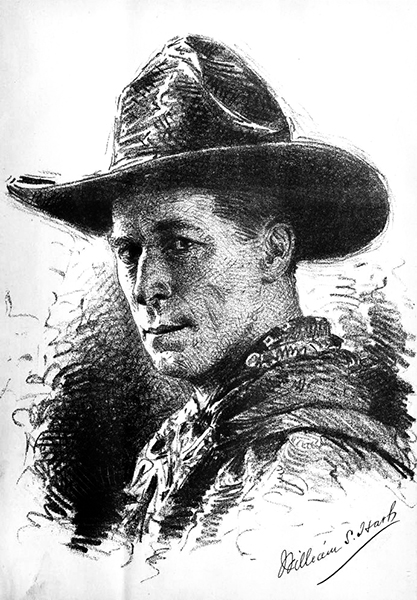 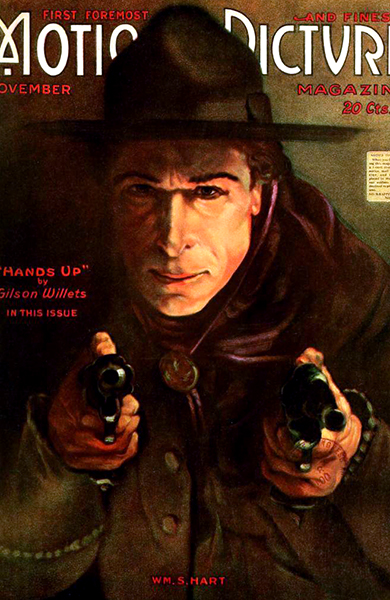 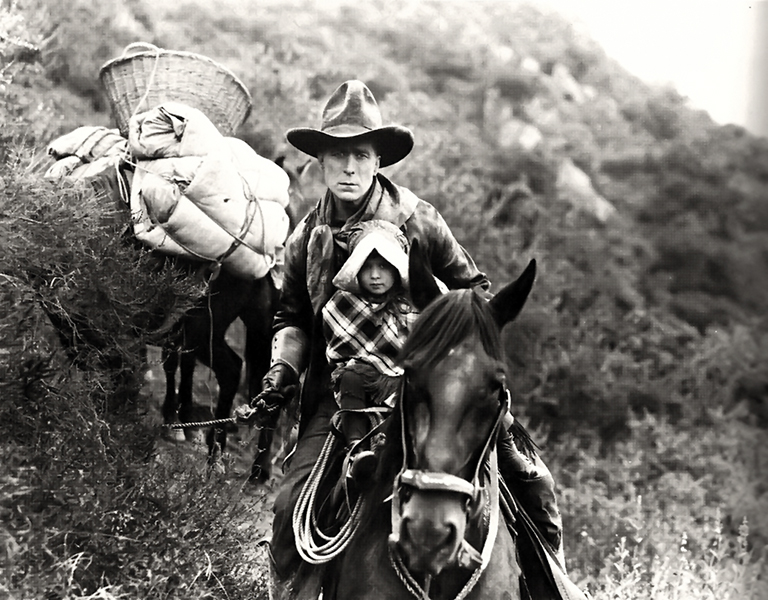 “I used to despair of seeing the real West put before the public in the East. But now, since the Moving Pictures are exhibited so universally, the people who see them are getting a better idea of what our country is like and why we love it.” — William S. Hart 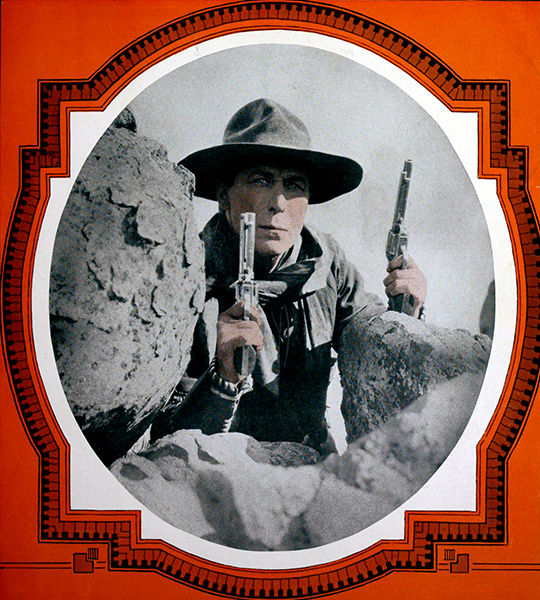 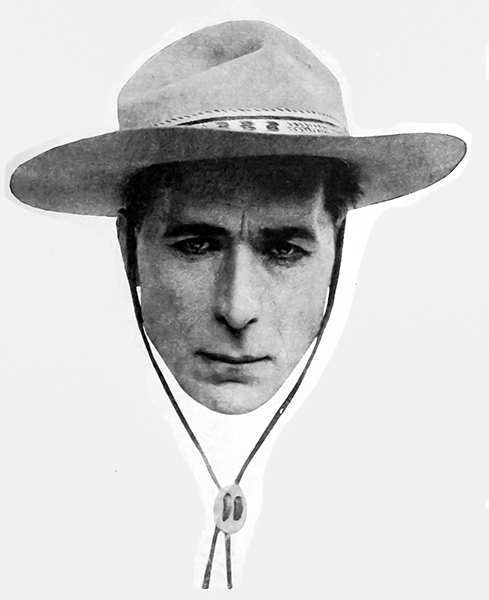 “The West is home to me; it is family and friends; it is faithful and dependable; it is honest and straightforward and true; it is father and mother.” — William S. Hart 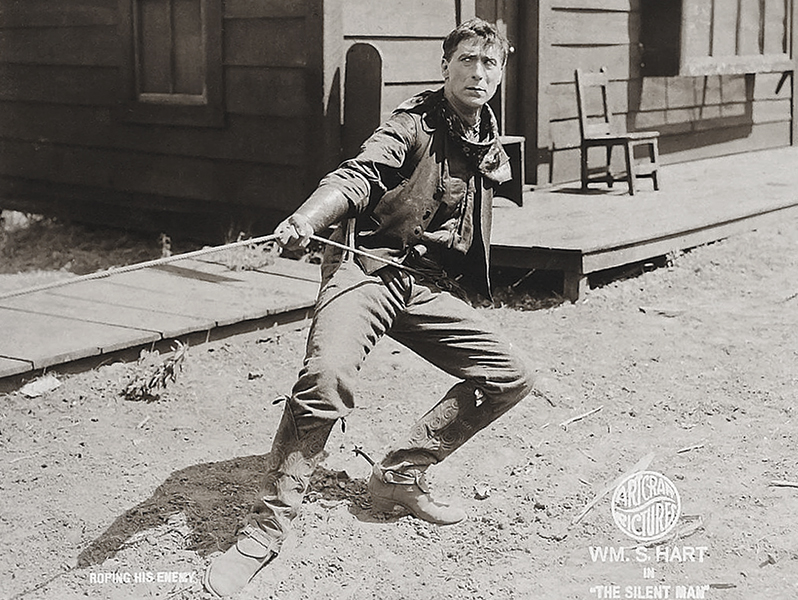 “I make no pretense of having been raised a buckaroo, so I go out frankly to learn. And of the first things I learned is that the real puncher has a quaint, almost fanatic respect for his implements, and never plays with them. In other words, he may be so unerring that he can noose a puppy, without hurting it, as the full extension of his rope, but he will not be able to show you a single trick of the twirling or jumping-through sort. The country is full of alleged ‘cowboys,’ in vaudeville, circuses and even cabarets, who spin the rope, jump through it and do many other interesting and rhythmic feats. I dare say that not one of these fellows was ever on the range in his life. A year or two ago I had the greatest roper I ever saw at Catalina Island, off the Southern California Coast. A baby seal, far out in the bay, fell upon a ledge of rock from which its mother could not extricate it, yet this boy, throwing the farthest extension of his longest cord, lifted the baby seal back to safety as gently as a mother might lift a child into a cradle. He knew no stunts, and was angry when asked why he didn’t learn any. He said he ‘had too much respect for the rope to monkey with it.’ Will Rogers, one of the finest of all the ‘Western acts,’ is too honest to make any pretense of having ridden the range as a means of tuition. ‘Where’d you learn that, Will?’ I asked him in New York last week, after a particularly hard exhibition. ‘Aout behind a liv’ry stable in Oklahoma,’ he answered, grinning. ‘Where’d you learn your tricks?'” — William S. Hart 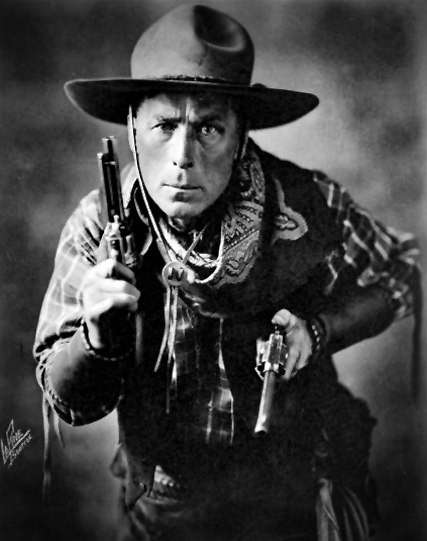 “Your true desperado never pulled the trigger. He would have been ashamed to be so slow, and besides, it wasn’t safe. He ‘fanned’ the hammer with his thumb, and a real ‘Jesse Jimmy’ hero could fan with both hands. Me? No, I fan with only one; my right. I’ve never gotten it with my left.” — William S. Hart 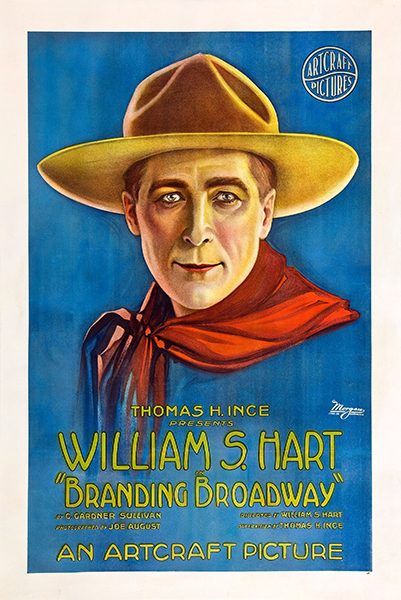 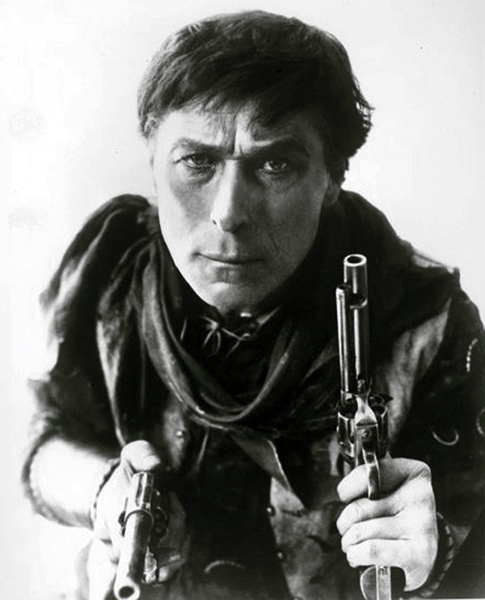 “Every artist, every writer, every sculptor, every magazine and every newspaper must fight this censorship with all of their being. Otherwise, it will blight every form of creative work, reduce art to mediocrity, victimize and penalize every form of artistic progress.” — William S. Hart 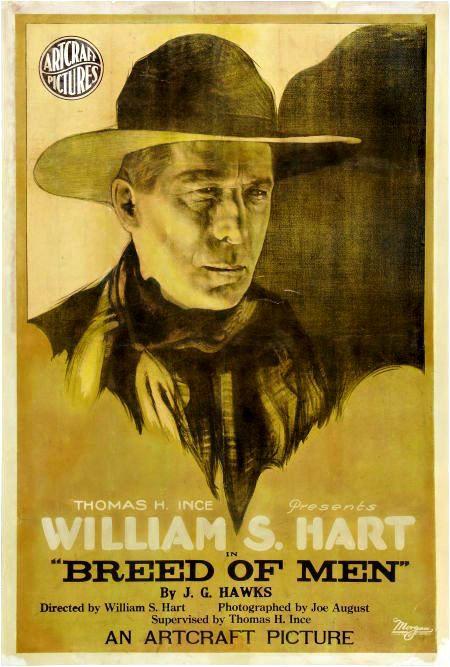 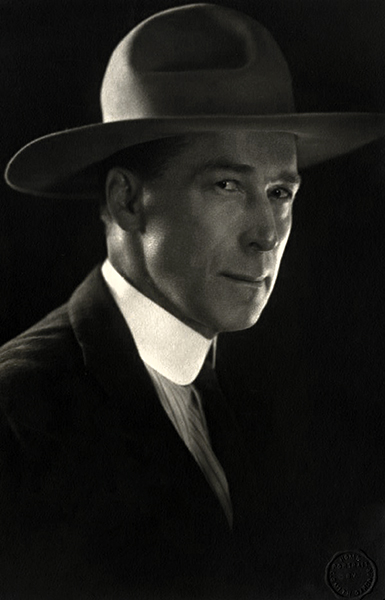 “If motion pictures never did any more than perpetuate some of the things in our American life that are being lost in the dust of time, they would be worth their weight in gold.” — William S. Hart 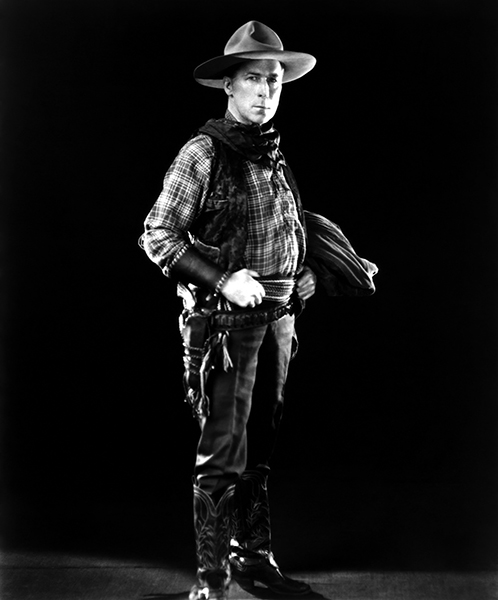 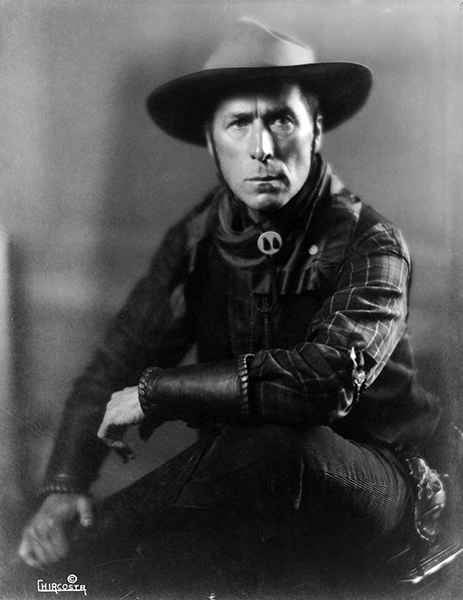 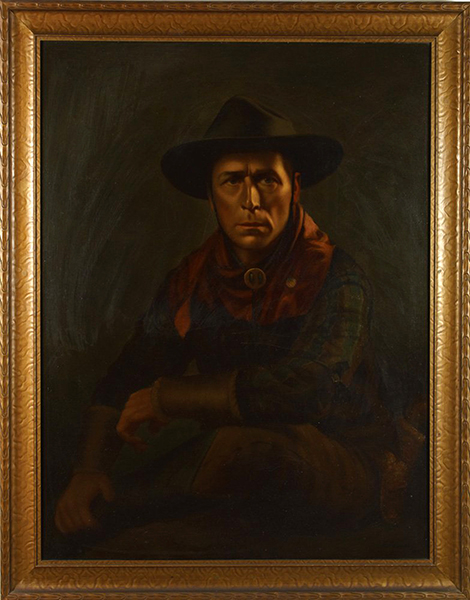