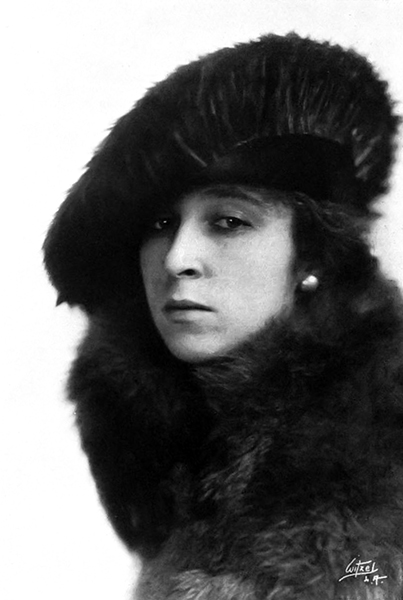 “You see, I am unfortunate in having been born in New York; therefore, I cannot assume the role of the innocent country girl who came to the big city and found success. Tell me, what shall I say to you?” — Edith Storey 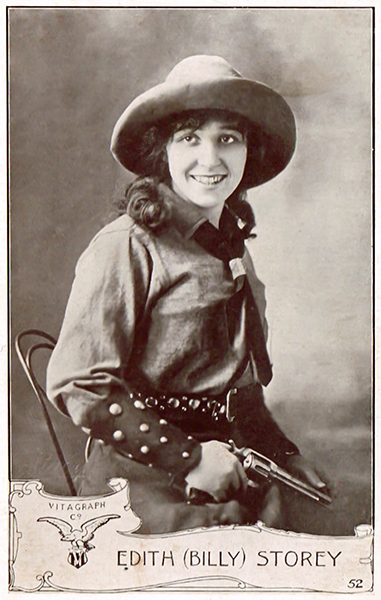 “I was in ‘The Little Princess’ and played Australia in the original ‘Mrs. Wiggs of the Cabbage Patch.’ Then I was the stuttering girl, Emma Jane, in ‘Rebecca of Sunnybrook Farm.’ Ernest Truax played opposite me. I was about to begin my second season in ‘Rebecca of Sunnybrook Farm’ when I drifted into motion pictures. I began with the Vitagraph company and, shortly after, was loaned to the Méliès Company, then doing Western melodramas in Texas.” — Edith Storey 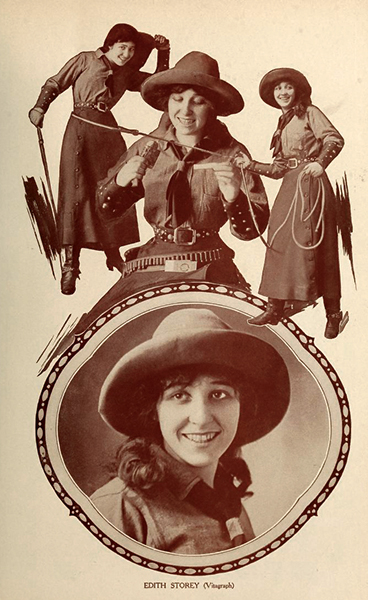 “I am a thorough outdoor girl. For several years, my engagement with the Méliès Company demanded long daily rides in a stock saddle – sometimes bareback – swimming, shooting, roping, and nearly all the qualifications of a cowpuncher – except swearing, which the boys on our ranch never did, in my presence, anyway. Such good fellows! A happy mixture of fun, business, kindness, bravery, and deviltry. They used to call me ‘Billy.’ It was a token of comradeship. Then I was suddenly called back East to the Vitagraph Company. You see, they had merely loaned me to their friend, Mr. Gaston Méliès, and I came back to the city to ride on subways and academy horses when I got the chance. But the work was very new and very interesting – all kinds of parts…It called for a good deal of study and reserve strength, so many diverse roles, and thanks to my outdoor training, I have been able to stand it and remain lusty.” — Edith Storey in 1912 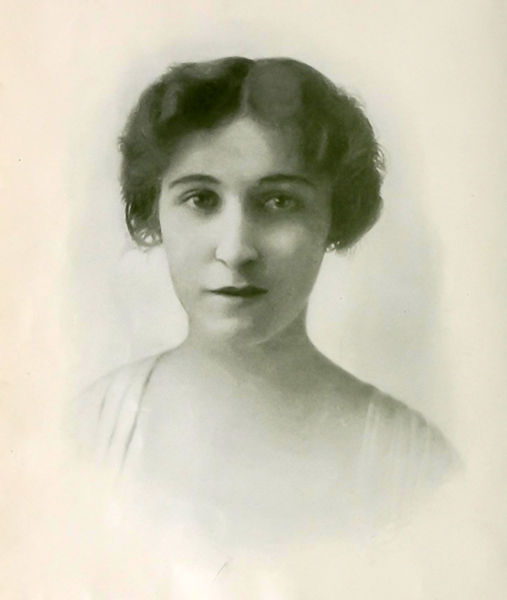 “My early career – it is scarcely worth mentioning, but I was born and educated right here in New York, and have been in Moving Pictures now for the past five years, and nearly all that time with the Vitagraph Company. For only one year was I absent, and that was when I was practically loaned to the Méliès Company. But Vitagraph is my home – my working home – and I like it more than career on the legitimate stage, but no one wants to hear about it – it is all so very wee and insignificant.” — Edith Storey “I dearly love my work in the Moving Pictures. There is so much scope for real dramatic work – far more than the average person would imagine, and one learns something new every day. I have but one ambition, as far as my screen career is concerned, and that is to accomplish something that is worthy, and to rise to the very top of the tree, if possible, by force of hard work and, perhaps, a little talent.” — Edith Storey 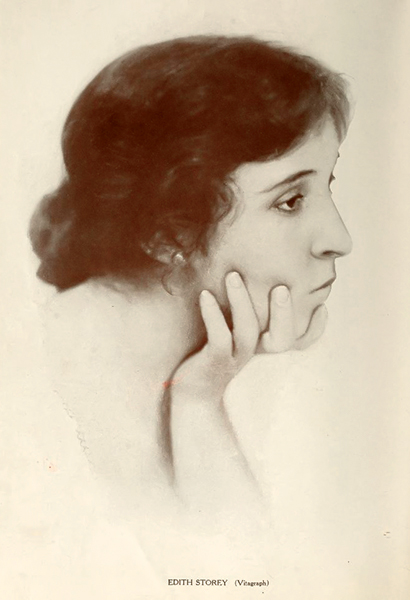 “No, I do not think that the Moving Picture will ever supplant the legitimate drama, despite the oft-repeated assertion that the stage has suffered cruelly thru the inroads of the former. It seems to me that each has its distinct mission in the amusement and educational world and that in time there will be a clear and distinct line drawn between  the two, both sharing equally in the liberal patronage of the public.” — Edith Storey 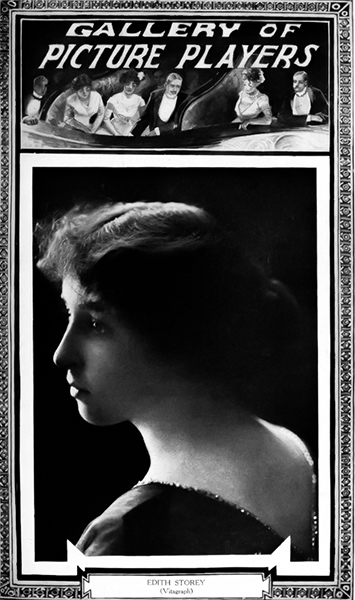 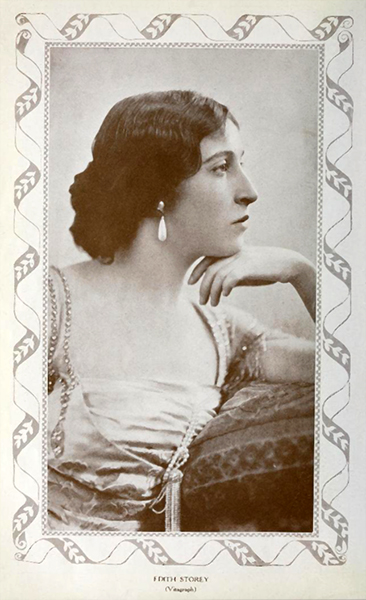 “From my employers down to the humblest ‘extra’ among my associates we are all like a happy family. I feel that it is a matter for congratulation to know that I am working among ladies and gentlemen – I mean ladies and gentlemen in the truest and best sense of the phrase. Of course, the associations of any kind of stage career are not always the most pleasant. But I make the best of everything – good, bad, and indifferent – and then, you know, the pleasant things about a screen career so far outnumber the unpleasant ones that one has very little to grumble about.” — Edith Storey 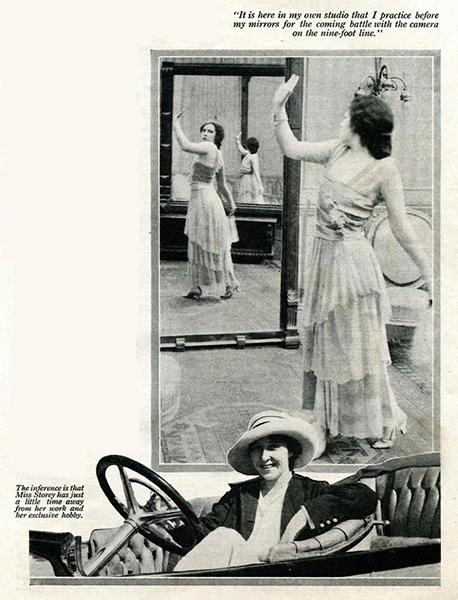 “It is here in my own studio that I study my script and work out new portrayals, the while practicing before my mirrors for the coming battle with the camera on the nine-foot-line. When then I go before the director,  I am more capable of fitting into the picture as he has decided it shall be. Locked away in my own studio, I sometimes practice for an hour or more at a stretch the making of faces and perfecting of gestures before my mirrors. This careful and conscientious solitary acting has helped me immensely to what success I have attained in my work on the screen and it has also served to give me increased confidence and assurance in undertaking the steady stream of new roles which call for innovations.” — Edith Storey

“I don’t know why everyone calls me athletic. I’ve never been able to understand it.” — Edith Storey 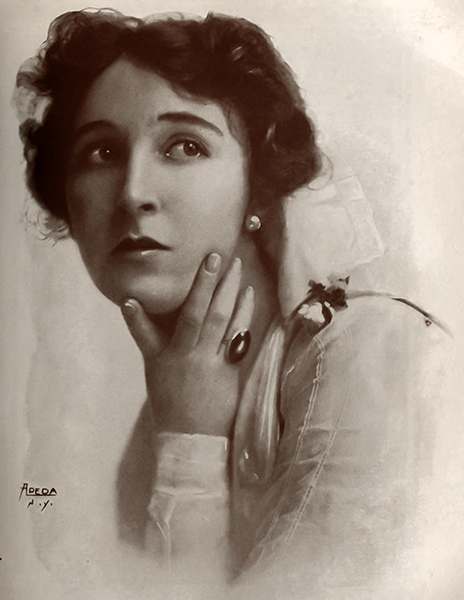 “Be sure to forget my freckles.” — Edith Storey 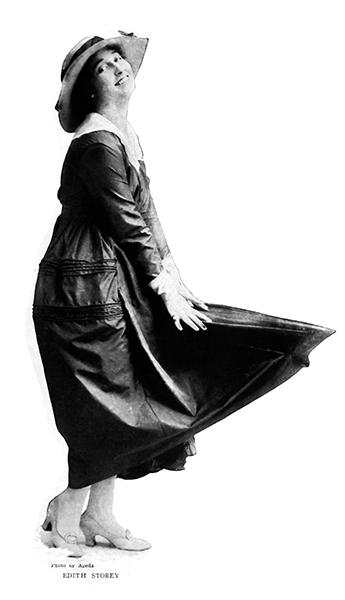 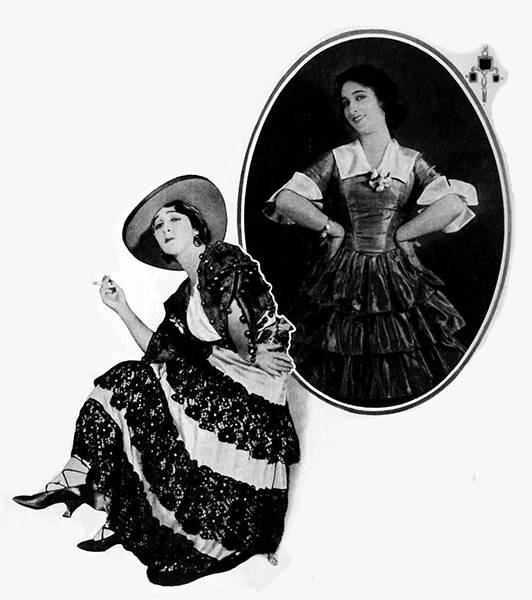 “Somehow, I love my work so that I really become the character that I am playing. If mother were only here, she’d tell you how impossible I am to live with while working in a picture. My mind dwells constantly upon the characterization I am giving, and the things of my own life are neglected. There’s no use my trying any other methods, for in order to make my acting worthy of the name, I must feel the part, and I can’t make myself the Mexican senorita when I am thinking of an engagement with the photographer and of my wardrobe for the following season. Ever since I worked with the Méliès Company in my first picture, I have employed these tactics. All thru the wide range of roles, I had with Vitagraph, I endeavored to feel my part, and now in my pictures with Metro, I have found the same methods most satisfactory.” — Edith Storey 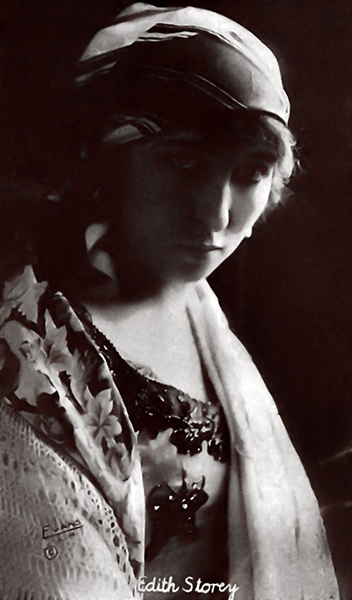 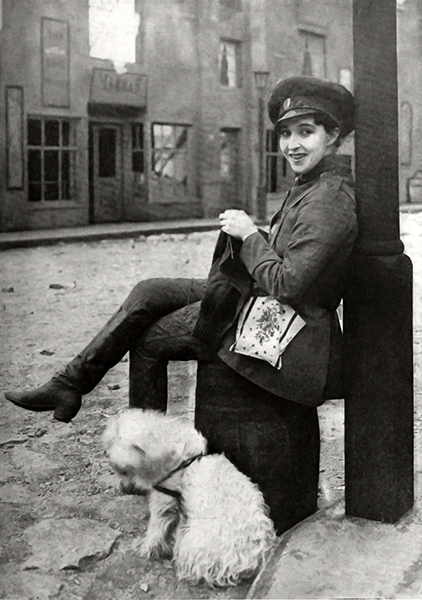 “My hobby? There ain’t no such animal!… I keep only one car; have but one dog, ‘Sooner,’ who has no pedigree whatever as far as I know; built this dear home for comfort and not after some ruined Egyptian castle, and abhor odd scents and odors. I’m afraid you’ll have to give me up as a bad job – really.” — Edith Storey 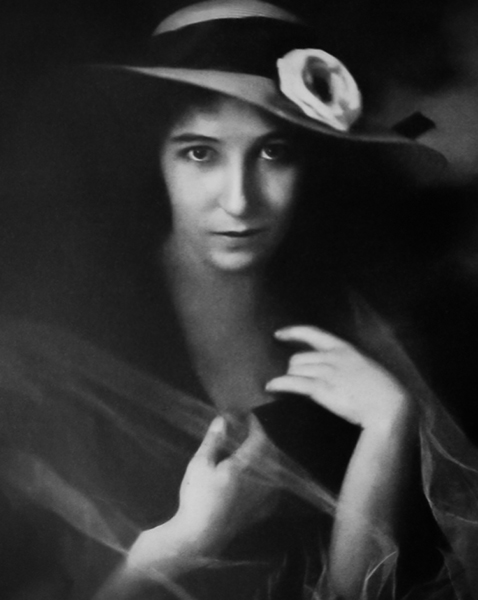 “One of my most ‘awful moments!’ What makes you think I’ve ever had any ‘awful moments’?…One of my most ‘awful moments’ doesn’t sound as bad as it seemed. One night, about three years ago, when I was with the Vitagraph Company, I appeared at a theater, where one of my pictures was being shown, to speak between reels. After I had talked a few minutes on-screen work and recounted some of the interesting and amusing little incidents that happen to screen folks, someone in the audience requested me to recite a poem I had spoken a few nights previous at another theater. Eager to oblige, I started in. Oh, I’ll never forget it! It was a hot night, and I stood directly in the glare of the spotlight. I got about halfway thru that piece when, all at once, every blessed line of it left me. I looked into the faces of those before me a second, and, in an effort to collect my thoughts – and composure – I put my hand over my eyes. As I did so, some awful creature right in front laughed a loud, scornful laugh, which seemed to say, ‘Even the best of you aren’t perfect,’ and it angered me so that I lifted my head and, almost without realizing it, took up the thread of the poem. If I live to be a hundred, I’ll never forget that laugh and the secret humiliation it caused. So you see, I have ‘awful moments,’ even if I don’t have hobbies.” — Edith Storey