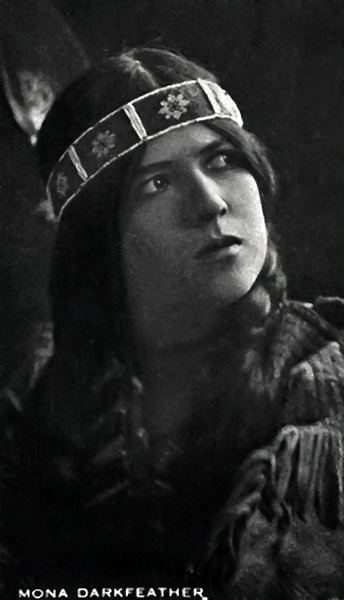 “Contrary to the general belief, I am not an Indian. My parents are Spanish, descendants of an aristocratic family. I was born in Los Angeles and educated there. I was supposed to be destined for the operatic stage and went thru a long course of voice cultivation; but the Moving Pictures attracted me, and I joined the original Bison company at Santa Monica, under my present director, and I suppose I made good at the outset, for I have been with Mr. Montgomery ever since.” — Mona Darkfeather in 1914 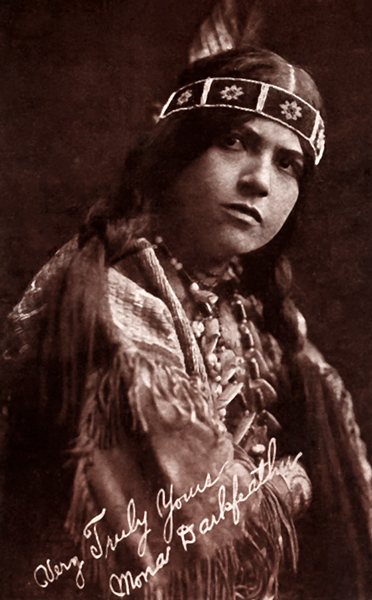 “I have always been interested in Indians. There was always a number of them in Santa Monica, and they represented several tribes. I got their interest and good will, and soon learned their languages and customs. Then we visited several tribes and lived amongst them. I was created a Princess by Chief Rising Sun of the Arapahoe tribe after a two years’ sojourn with them.” — Mona Darkfeather in 1914 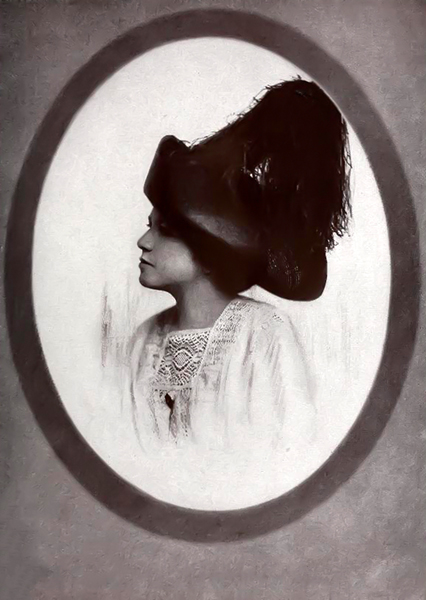 “I am glad to be back with the Kalem Company. I was with them after I left the Bison Company and before I joined the Universal. I was the first one engaged for the Universal Bison Company, by the way. My work is more varied here for much as I love doing Indian maidens and squaws, I like to portray other characters now and again.” — Mona Darkfeather in 1914