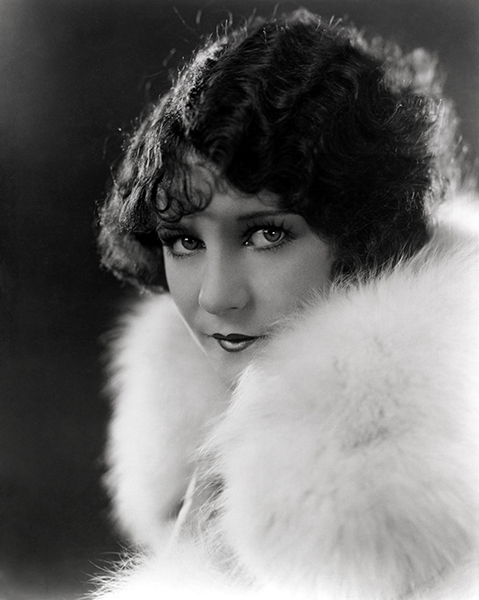 “Imagination is a wonderful companion. It is life with me and I never enjoy myself so much as when I am acting before the camera.” — Viola Dana 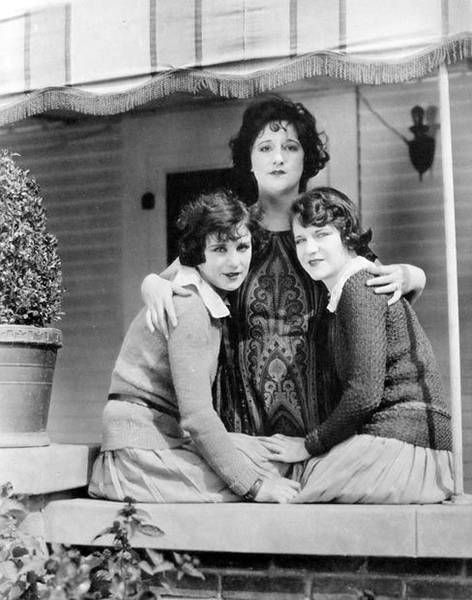 “My earliest and happy recollections are of the time when I was about five years old, and Shirley was half past three or a quarter to four. We were taught to dance – I don’t mean just toddling around, but really going through definite, regular steps. Mamma used to take us to clubs and such gatherings, and as far as I can remember, I believe we were quite a success – possibly more on account of being sol little than because of talent. So you see, we lost the sense of shyness with our baby teeth. When the time came for us to carry out mamma’s girlhood ambition, and she started making the round of theatrical agencies, the fun began. A manager who wanted one child seldom wanted two, and when three were suggested he would usually ring for the riot squad. But mamma found one who wanted two, finally, and talked him into rewriting the piece to room for a third. So we began. And so we continued. Having done it once we – or mamma – had the confidence to do it again. In the next few seasons goodness knows how many plays and things had to be changed to please her and fit us. It sounds quite fun now, but it was just business then.” — Viola Dana 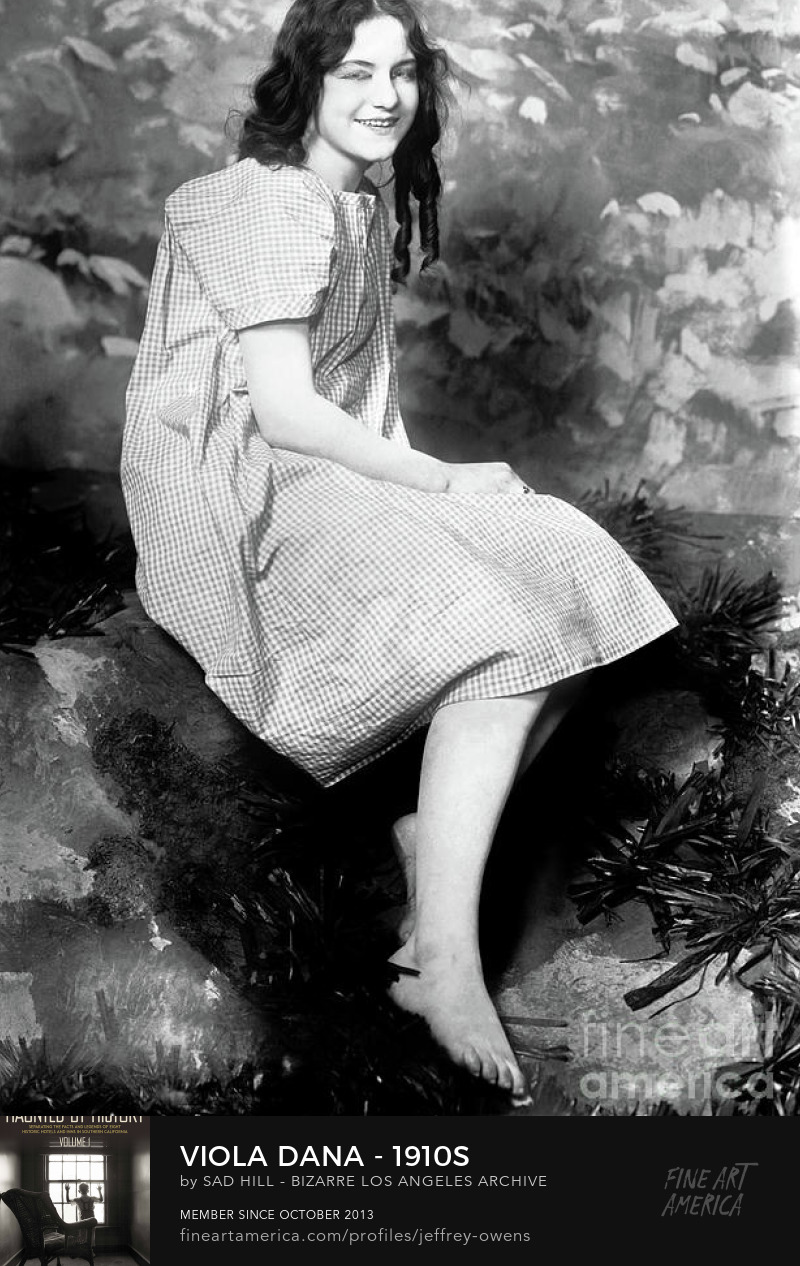 “The parts I like best are the most emotional ones, those in which I have the wildest range for characterization, regardless of what I am to wear in them….I never thought about what I was to wear when I was given those parts. Clothes were a secondary consideration. It’s my life off the screen that takes to clothes.” — Viola Dana 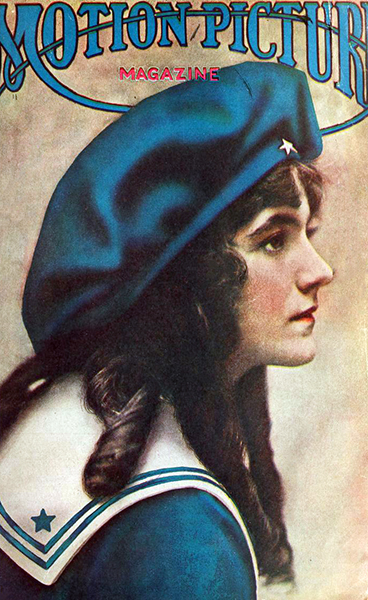 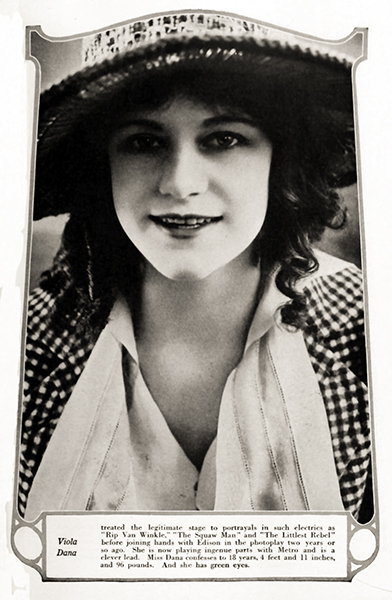 “I’m sorry they didn’t get ‘Poor Little Rich Girl’ for me. It was the one thing I wanted to do, of course, to perpetuate, in a way, the part I created on the stage. But as I couldn’t get it, I’m glad Mary Pickford did. She’s such a dear. But I have been promised ‘Blue Jeans’ as a consolation.” — Viola Dana 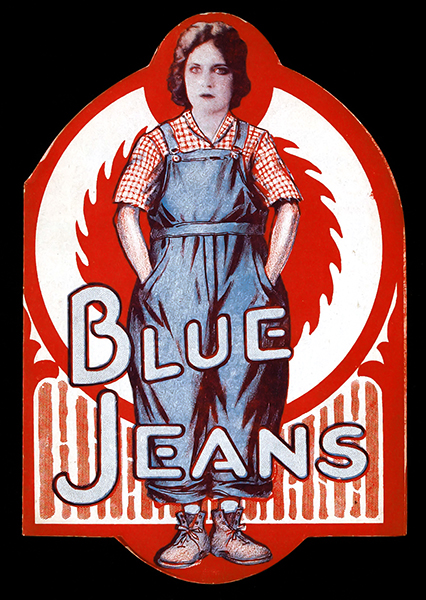 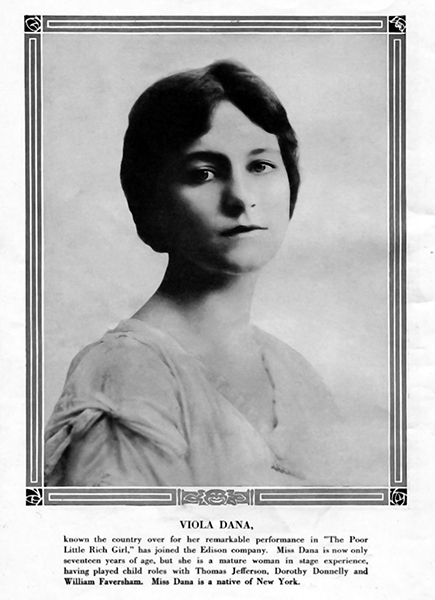 “I have been playing a lot of married women and things lately, but they have promised to give me more girlish parts in the near future. I want to do that sort of work while I am still young.” — Viola Dana 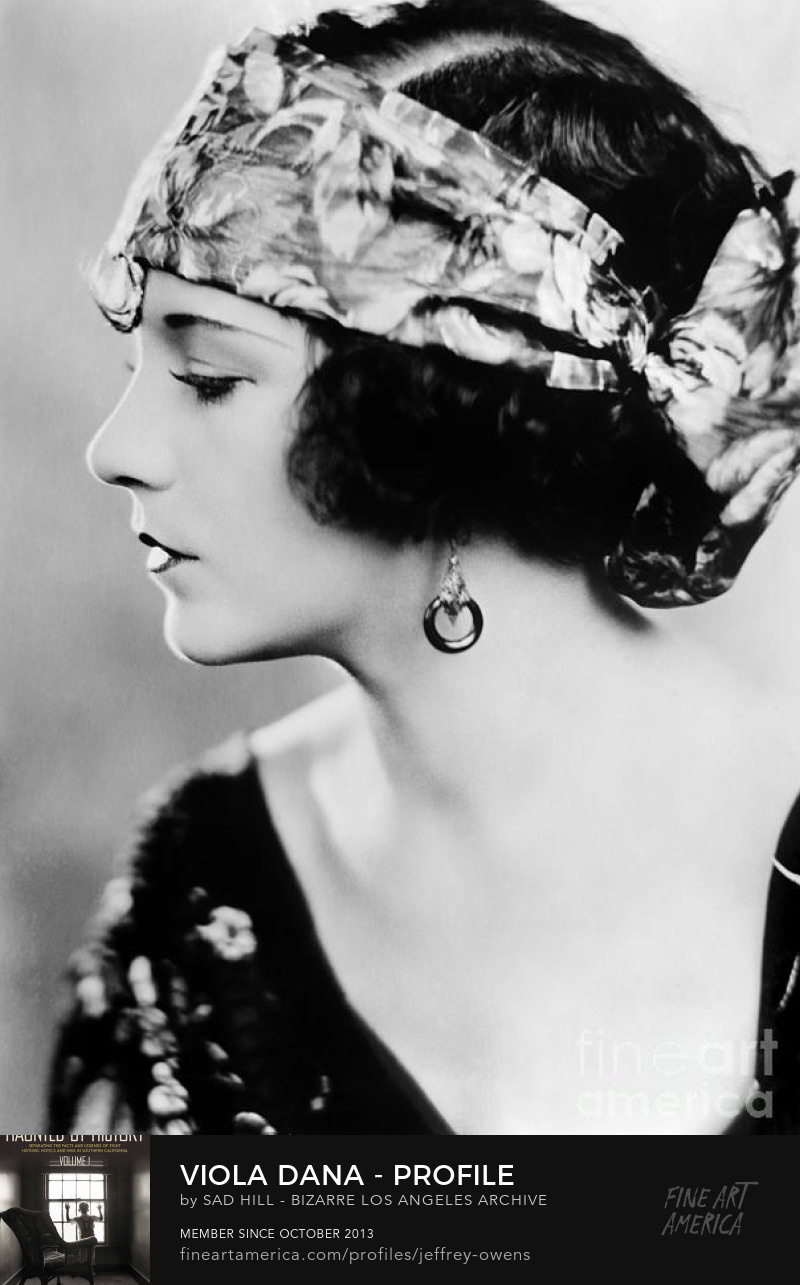 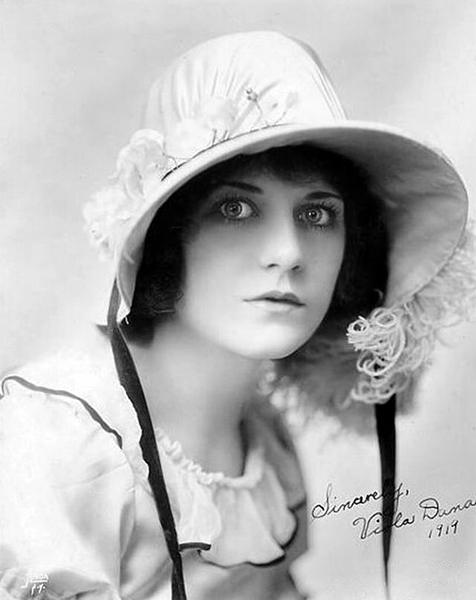 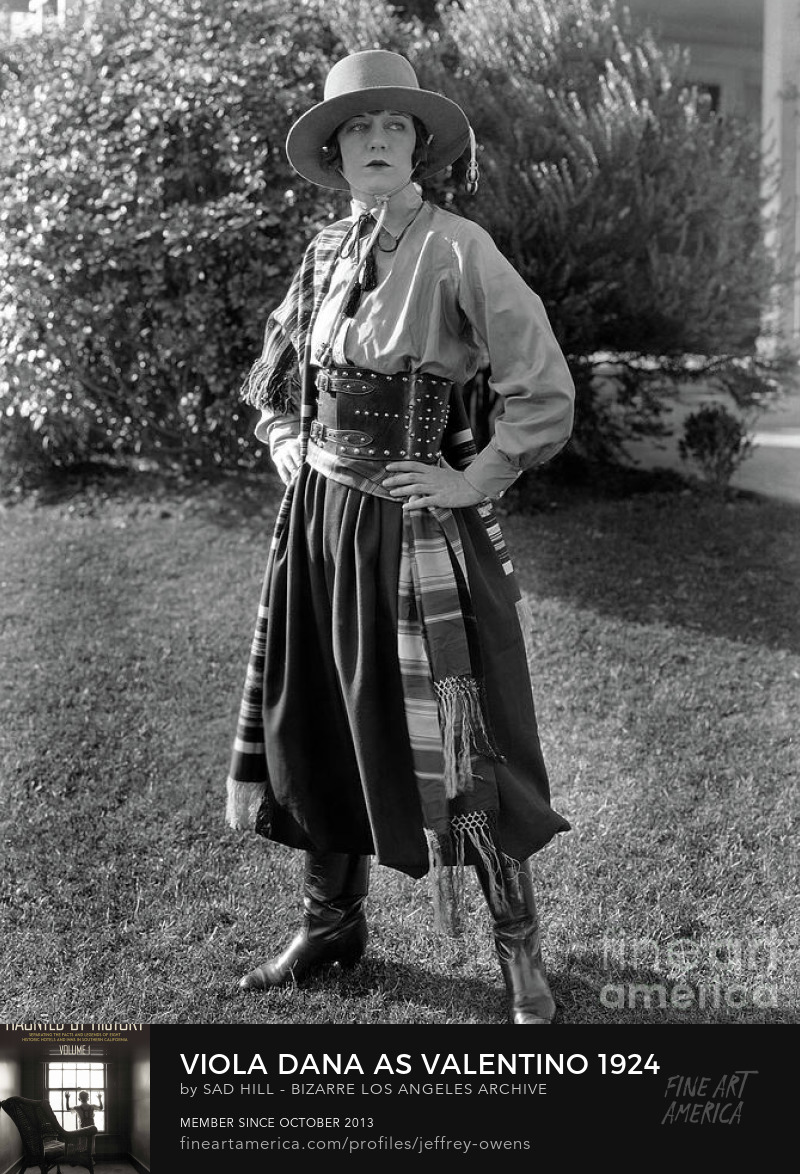 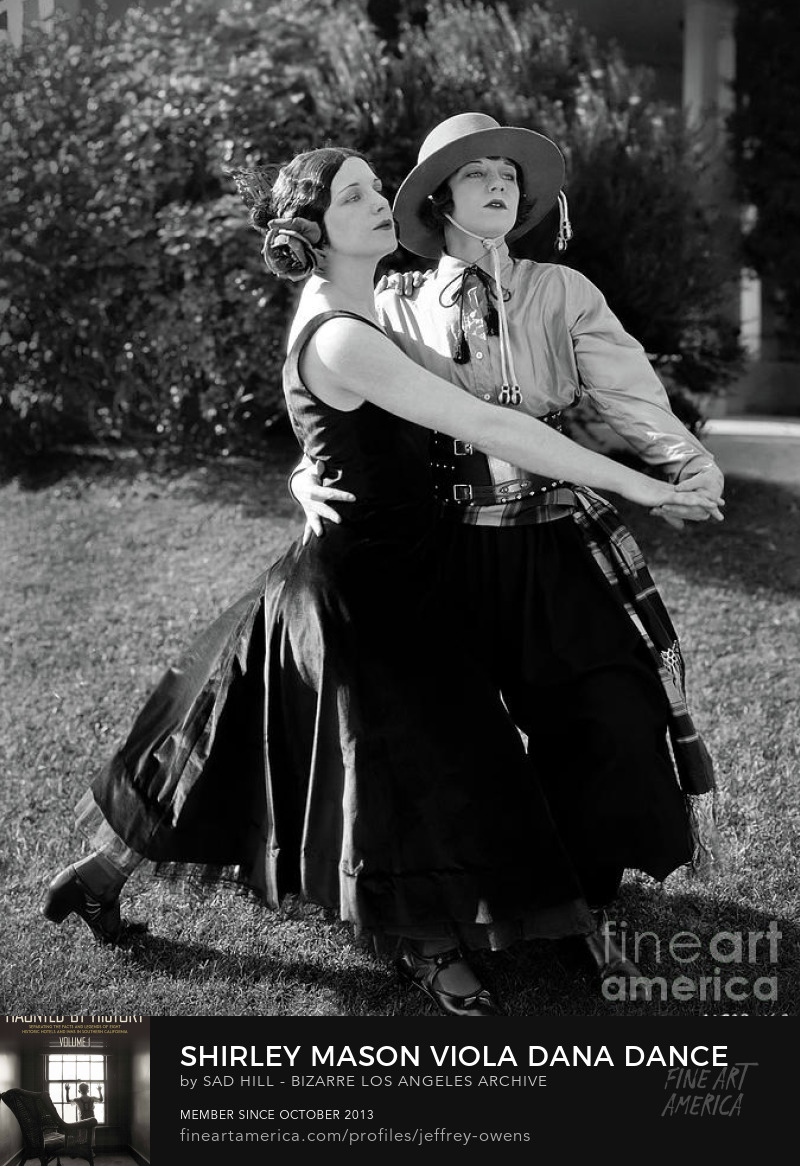 Film stars Shirley Mason, dressed as Natacha Rambova, and Mason‘s sister Viola Dana, dressed as Rudolph Valentino, performed the Argentine tango for the Actors’ Fund Benefit in 1924. The event took place at the Philharmonic Auditorium at 427 W. 5th Street in downtown Los Angeles. This photo appears to have been taken in front of a house before the event.