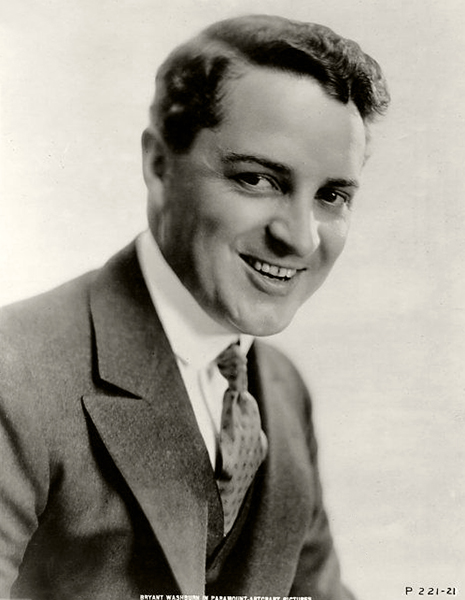 “I don’t believe the average person realizes the amount of time and attention these roles require. Because there is no dialogue to memorize and no lines to learn, the beginner may think one casual reading of a photoplay sufficient. This is untrue. A screenplay should be studied with as much care as the most important stage production ever produced. Every character that I have been called upon to interpret, has been taken from real life. I study a type, blend it with another type, and finally build my conception of the character from a blending of my whole selection, into one. I study the scenario so carefully that I can visualize the whole story before the director has taken a single scene.” — Bryant Washburn 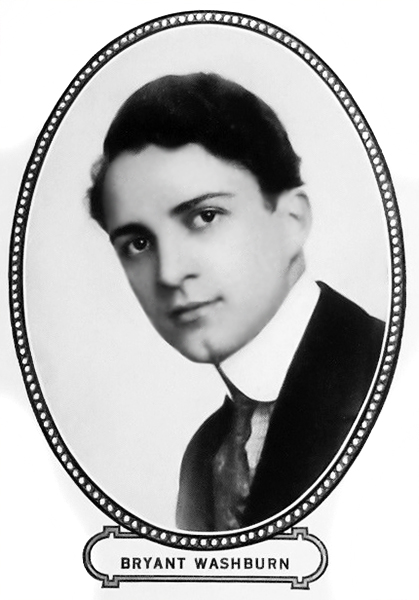 “I get many of my best character make-ups on the trains. Nearly every sixth person is some distinct type, such as we need to use on the screen. I get more pointers from crowd than from the best book on makeup ever written.” — Bryant Washburn 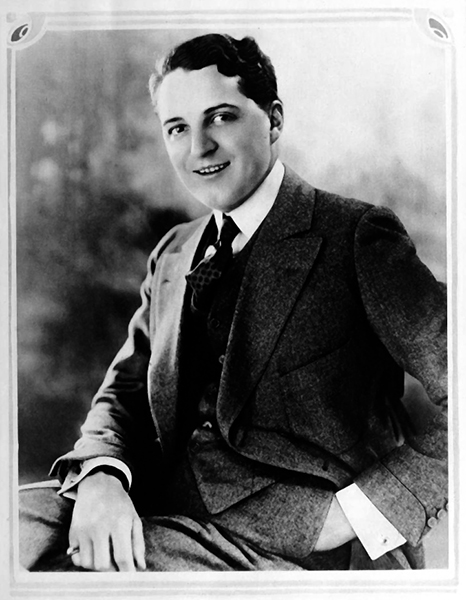 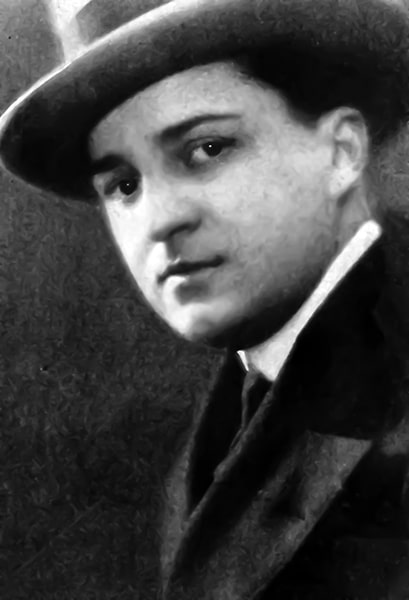 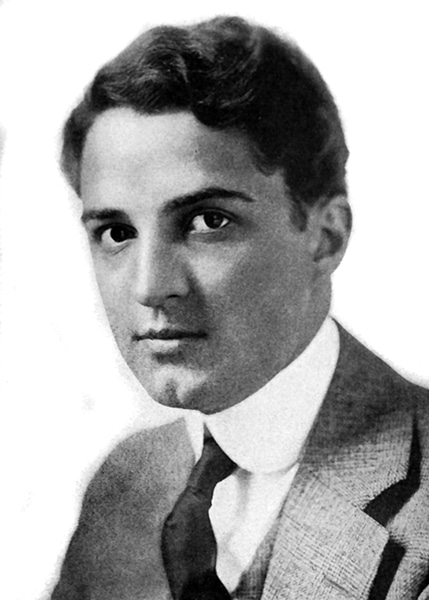 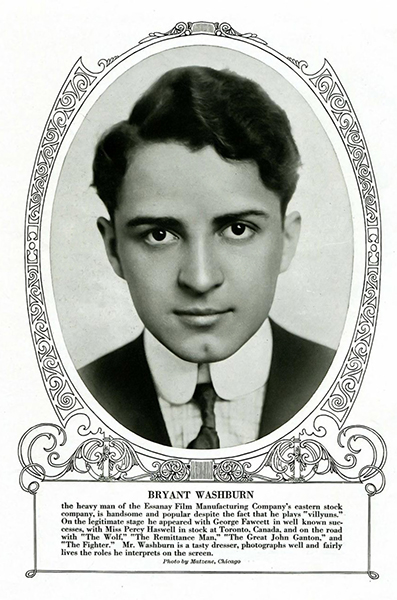 “I have played old men, counterfeiters, dope fiends, every kind of fiend incarnate, but never the handsome hero. It’s going to be a happy day for me when I can switch from the illegitimate lover, to the real thing in dress up clothes, and an honest to goodness right to win the maiden. Honestly, it will seem funny – happily funny – to be on the square!” — Bryant Washburn 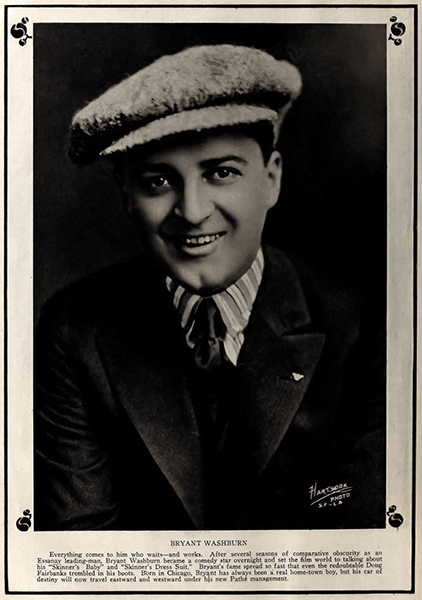 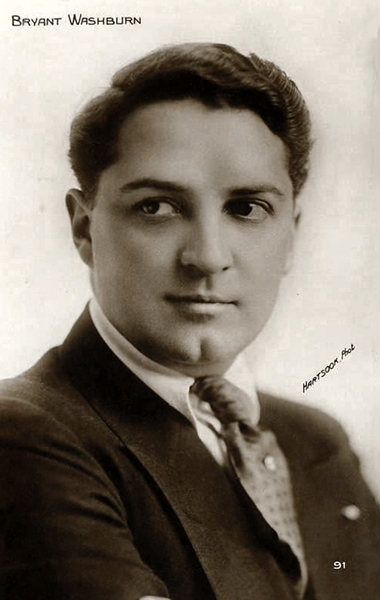 “I was informed by a director from of the Coast studios with whom I formerly was associated for a brief time that I studies my scripts more closely that any actor he knew. Not only does it give me a better opportunity to comprehend my role and prepare myself for its correct dramatization, but also it saves time in production. It makes rehearsals and retakes unnecessary. Time means money in the pictures more, perhaps, than in any other industry.” — Bryant Washburn 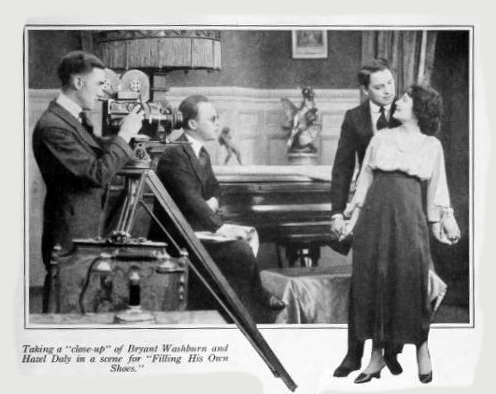 “Ever since I have been in motion pictures, I have maintained a record for never having kept a studio set waiting for my appearance. I received my training in punctuality from the stage, I suppose. You know the consequences when an actor’s belated appearance holds the curtain. It is a habit, I am glad to say, I have never abandoned. For there is no waste in overhead expenses in the production of my pictures; no unnecessary studio waits, so far as I am concerned. And my company follows my example.” — Bryant Washburn

Photo: Filling His Own Shoes (2017). With director Harry Beaumont and Hazel Daly. 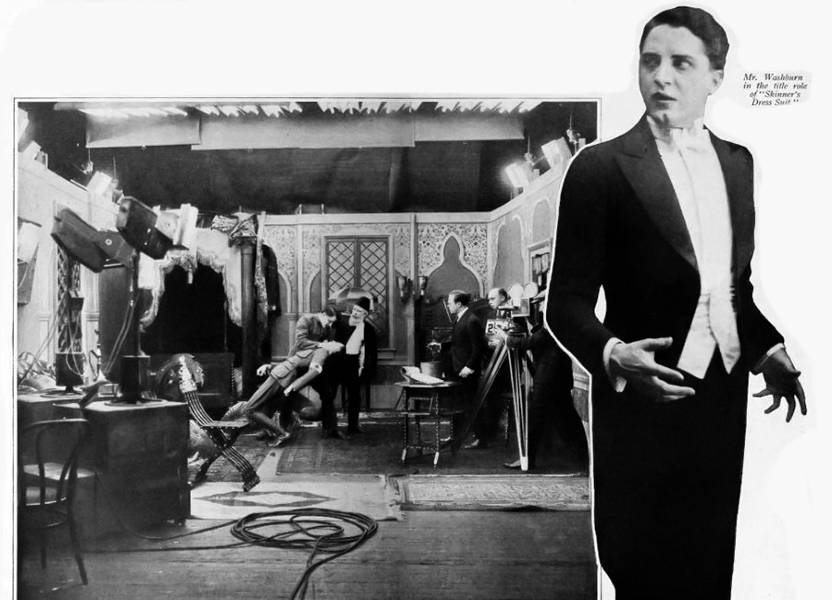 “I expect to live out my acting career in motion pictures. From a viewpoint of actual work. From a viewpoint of actual work, the stage is not as exciting by half as the screen. When you learn your part and get your costume fitted in a stage production, you are practically finished with creative work. All you have to do is to repeat your lines night after night so long as the play’s run lasts. That may be for months. In pictures, however, it is entirely different. For each new production, one must not only master a distinctly separate characterization, but he must further be fitted to an entirely new set of costumes. This latter requirement may seem trivial, but it eats up more invaluable time than you might suppose – time that the actor must donate, largely, from what little leisure may be his lot. Consider, then, the work he must accomplish in getting out at least one picture a month, and sometimes two, twelve months in the year. Yet it is the monotony of the stage work which I abhor; which strengthens my loyalty to the screen. Think of remaining in one characterization, repeating over and over the same words, and wearing nightly for weeks and months the same costumes. In pictures, the newness of each production, despite its exactions, gives me fresh energy and enthusiasm. Incidentally, it provides me with a boundless field for widening the scope of my acting talents – an opportunity for which every actor always is looking.” — Bryant Washburn 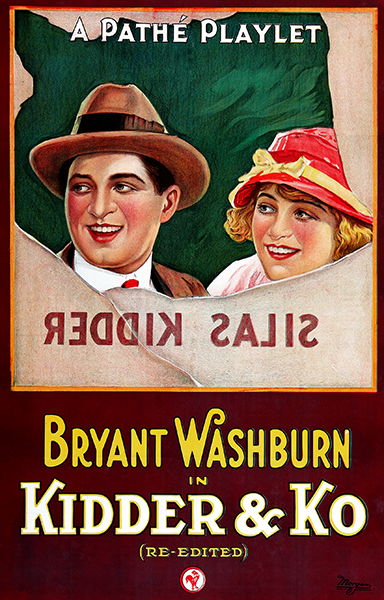