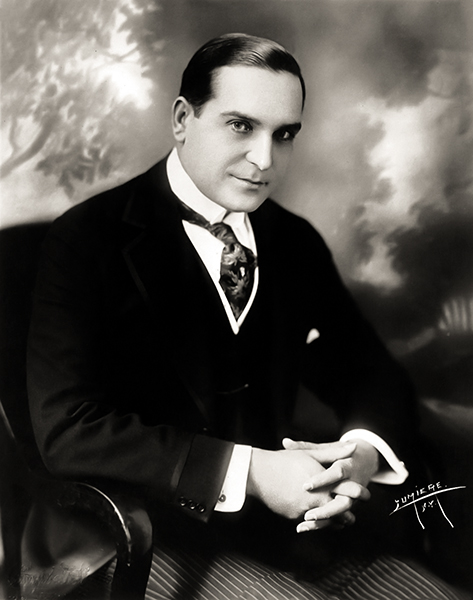 “In the first place, I want you to make it clear that my folks didn’t kick when I went on the stage. Do you believe most of these conventional yarns of parental objection? I don’t. I’m sure my father and mother were secretly pleased at seeing that I had an ambition bigger than cracker-box whittling down at the grocery store. Acting is a business – neither an effete art nor a vice. I went into business.” — Earle Williams 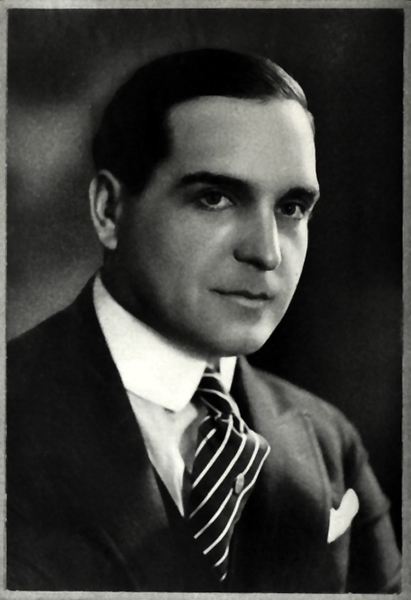 “Well, I needed a job and it occurred to me to try the stage. Through my family, I was familiar with its history and traditions – James Padgett, the great character actor, was my uncle – and I had haunted the theater since my childhood, though it was with no definite thought of becoming an actor myself.” — Earle Williams in 1912 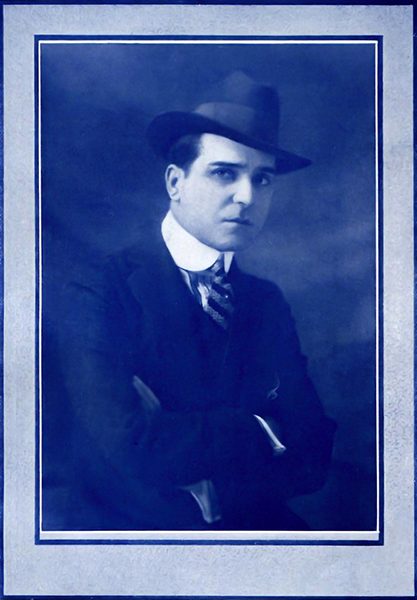 “When I was boy in school in Sacramento, and later on in college, my old uncle, James Pudgett, a famous character actor in his day, advised me emphatically never go on the stage. I took his advice by not following it, and started my modest career with a New Orleans stock company. I was a rover. I’ll confess, and wanted to see this country and others, as well as act…. All in all, I should say, I have played some 200 various roles – juvenile, old man, heavy and lead.” — Earle Williams in 1913. 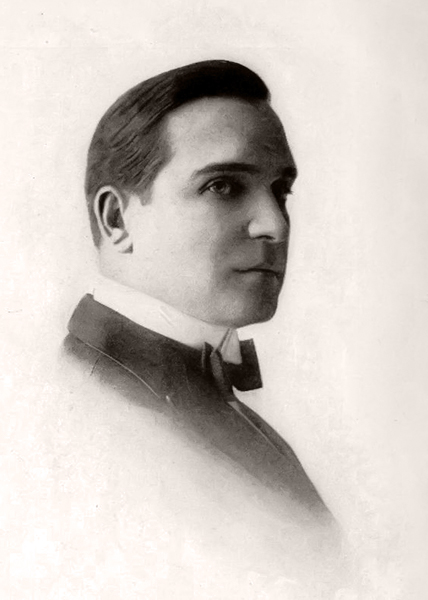 “Yes, I like the picture work. Of course, one misses the applauding audiences, which are a great inspiration and incentive, but there are other features in the Photoplay work which make it attractive.” — Earle Williams in 1912 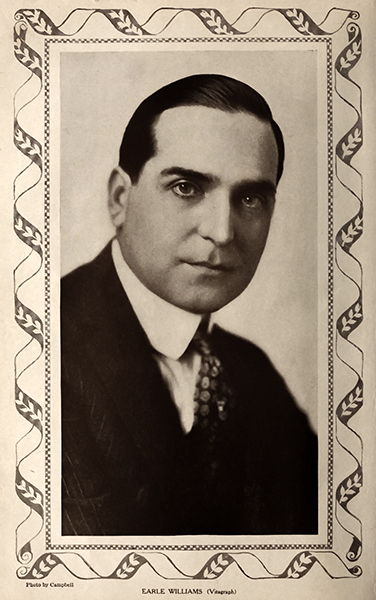 “I suppose every actor gets hundred of letters, and I’m not an exception. However, when they contain intelligent criticism or commendation, it is helpful.” — Earle Williams in 1912

“Two years ago this summer, I went down to the Vitagraph Studio to take a summer engagement and have remained there ever since….There are a lot of good things about studio life: clean living, a home to go to, a fascinating variety of roles, and often a spell of real life in the open. But there are handicaps that perhaps the future will overcome – our plays are often too weak and unmanly, by reason of too much censorship, and the camera needs some great inventions to give us a full-size stage. Then things would be glorious!” — Earle Williams in 1913 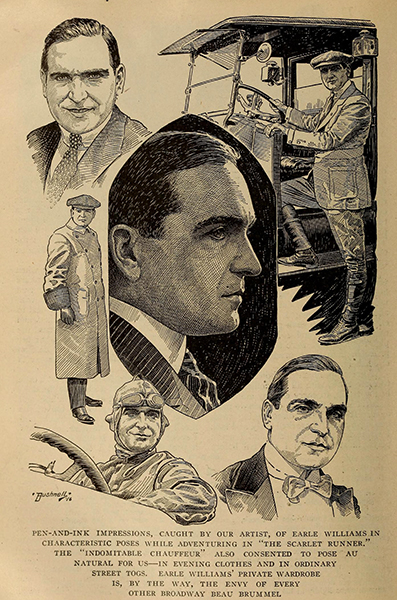 “I’ve scarcely any time for hobbies, though when I do go for an outing, I put in a full one with my motorboat and unerring camera as pals. There are often strenuous scenes, too, that take the place of a day of excitement. As an instance, recently, when Miss Storey and I were doing a scene in ‘The Vengeance of Durand,’ the property man cruelly sprinkled too much gasoline on the stairs. It was a real fire, believe me, and we were both quite badly burned.” — Earle Williams in 1913 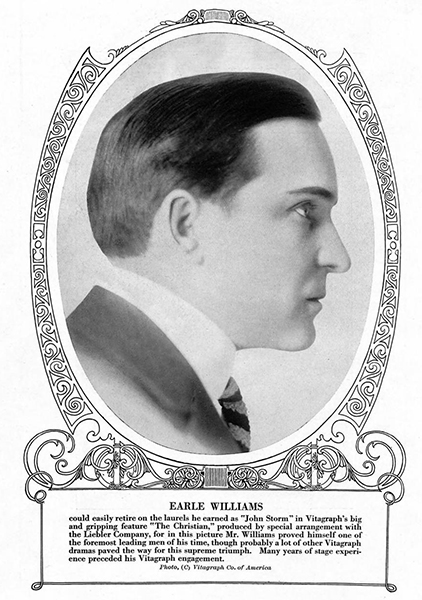 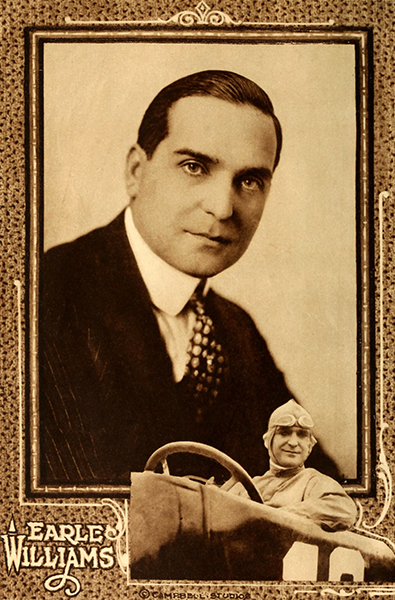 “I consider acting for the screen much more difficult than for the speaking stage. I have acted for both, so I can speak with some knowledge. In the first place, on the stage you must thoroughly master your plot before you ever begin to learn your dialog and action. In Moving Pictures half the time an actor has not the remotest idea what the story is all about until he begins to pose, and even then his knowledge may not extend beyond the scenes he is at present doing. This he can seldom gather what are the actual requirements of the role. Then, again, the scenes in a photoplay are never taken consecutively. For instance, you have to go through Numbers 6,9,16, 19, 23 and 37 – all taken in the library of the father of the heroine. These scenes do not follow the rotation, nor in the order in which they appear in the story. They are simply all the scenes which the photoplay write has willed shall take place in that library. Thus, as the action of Number 9, for instance, is probably based upon the action of Number 8, the actor is obliged to make himself acquainted with what has gone before if he ever hopes to steer clear of the ridiculous. Sometimes his steering is very bad indeed, and he figuratively goes on the rocks. For instance, in one scene he dashes out of the hall into the library as if the devil were after him. Naturally, when he enters the library in the next scene, in order to be convincing he should dash into the library at the same tempo as he left the hall. I say he should do so, but does he? No, not by any means! He walks slowly and with dignity into the library and carefully and deliberately closes the door behind him. Of course, as the scene in the library were not taken consecutively, the actor had forgotten all about the tempo of the former, as it was taken several days before. The result can better be imagined than described. In fact, it would be too ridiculous for words. Yet it happens frequently, and the long-suffering public, who are unacquainted with the whys and wherefores of Moving Picturedom, wonder what ails the actor in question and at once put him down as ‘rotten.'” — Earle Williams 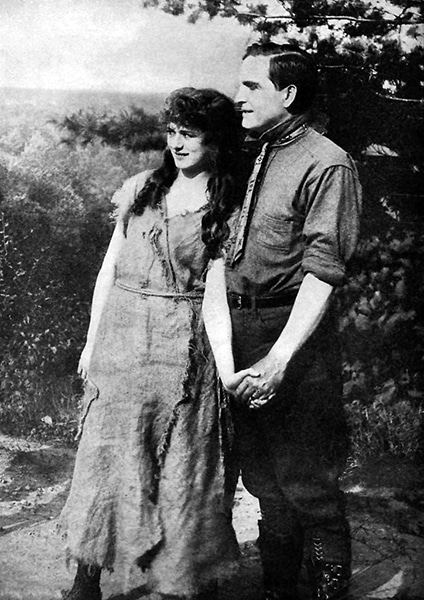 “There are a thousand-and-one pitfalls in Moving Pictures that are never encountered on the speaking stage. Instead of stage experience aiding one in Moving Pictures, I earnestly believe that it would be much more reasonable to say that a Moving Picture experience should be of invaluable assistance to any one who contemplated transferring his sphere of usefulness to the legitimate stage.” — Earle Williams 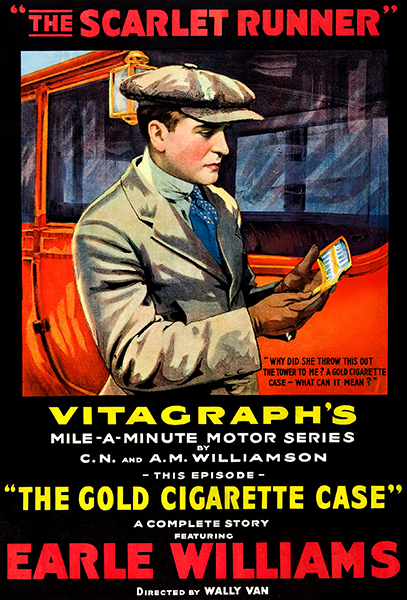 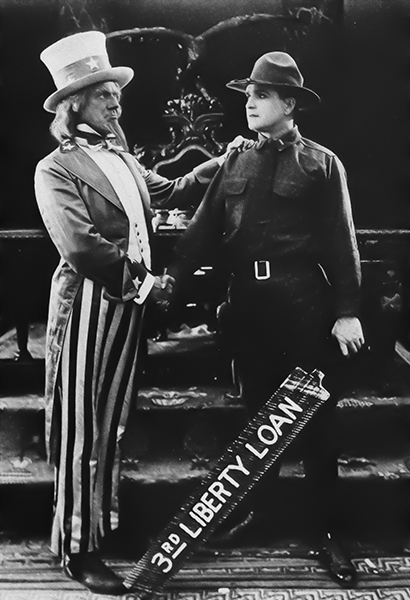