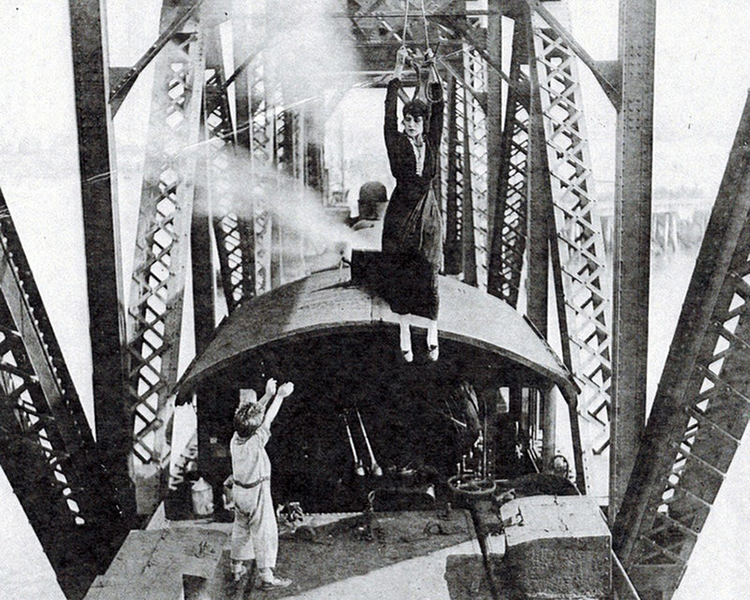 “I don’t mind hanging over bridges and jumping from horses’ backs to runaway engines; it is rather fun. But what I hate is wearing these greasy old overalls. Someday I look forward to appearing in a photoplay where I can wear the most scrumptious clothes that anybody ever saw. I have them all planned in my mind right now.” — Helen Holmes 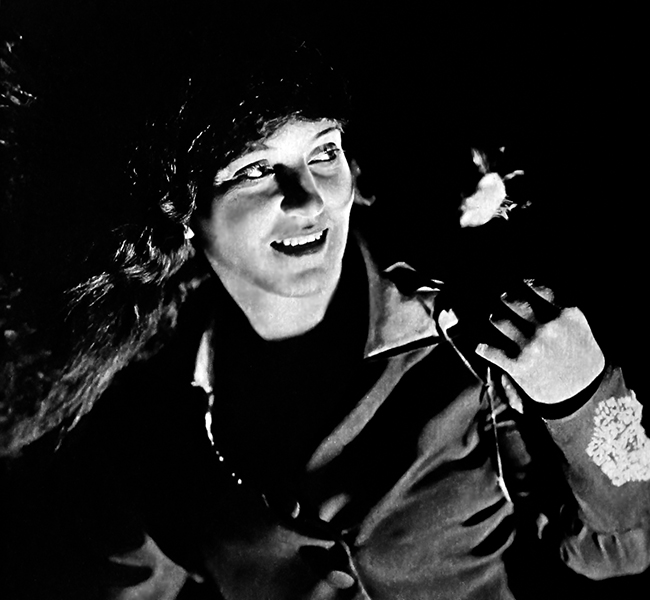 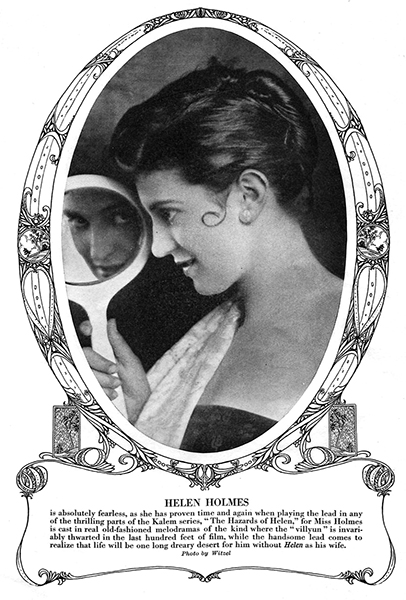 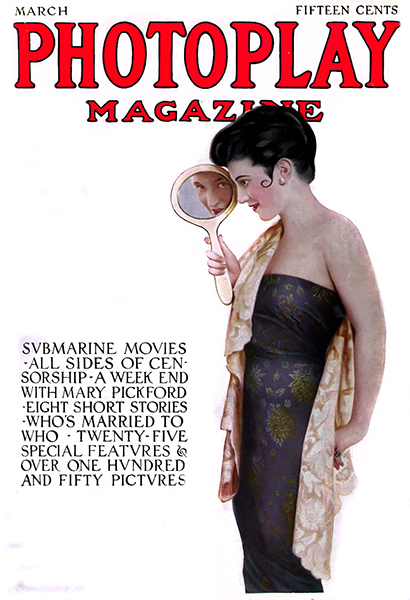 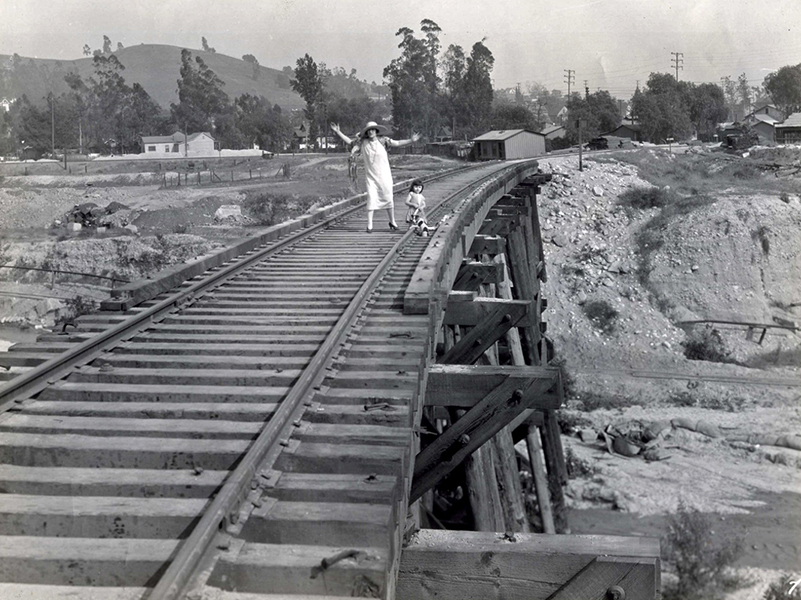 “I have a pair of educated knees. I have learned to drop like a kitten. My body is all bruised and bumped and scarred from the falls I have had. The worst I ever had was in a trestles scene on the Glendale line. My part was to rescue a baby that was sitting on the track just before the train came over the bridge. I had never worked with a child before and it got on my nerves. Just before I started on the run across the bridge I asked the engineer of the train to stop if he saw I was slow in getting the child out of the way. ‘Stop!’ he said ‘Hell, I can’t stop! I can’t stop that train under three lengths.’ Had he told me that sooner I might have had time to brace my mind to it; but hearing this just as I started across the bridge shattered my nerves. I ran out and picked up the baby and started to jump. We were to leap from the bridge into a life net eighteen feet below. I wouldn’t think anything of a jump of eighteen feet by myself; but the child was so frightened that she became almost hysterical. This confused me so that I stood paralyzed on the edge of the trestle. The train was so near that I decided to throw the baby over into the net and take a chance on getting out of it somehow. But when I went to throw the baby she clung with both arms around my neck and screamed with terror. Then I completely lost my head and we would have been run over if it hadn’t been for the leading man, who literally threw us off the bridge and then jumped.” — Helen Holmes 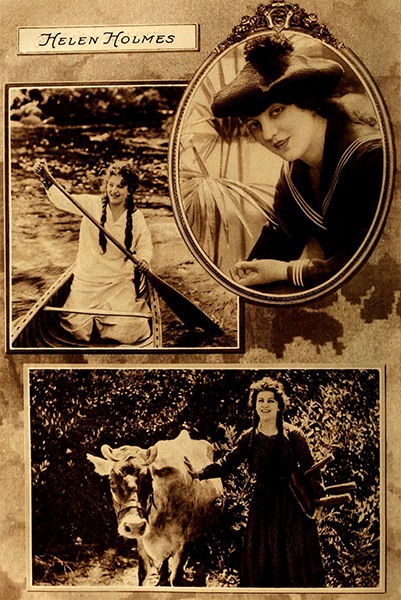 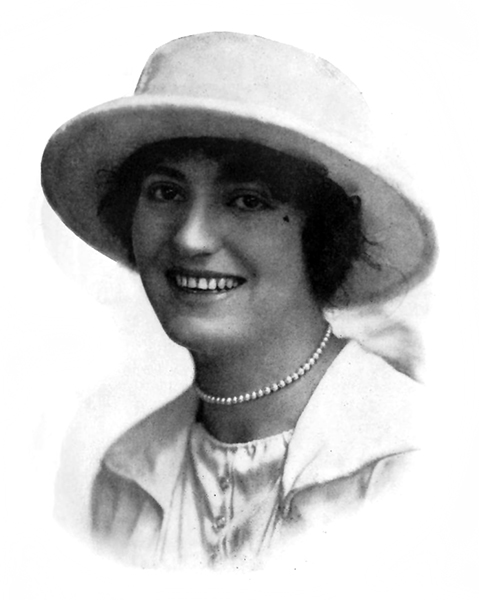