“When I first broke into New York, I was very much alive and felt certain that my three years’ training with a ‘ten-twent-thirt’ repertoire show had shaped my shoulders especially to gracefully fill out the mantle of Booth. It took me only two days to secure an engagement – and two nights for the show to fail and go to the storehouse. After that, I left New York and went to study in that great school for actors – an institution that exists no more – the stock company. For five years I played leads and character parts in the big stock companies of Detroit, Boston, Pittsburgh, Milwaukee, and Toronto. Then I came back for another attack on Broadway. I was engaged for the star part in Philip Bartholomae’s ‘Over Night.’ The play gained popularity as it ran on, month to month. I had made a great hit, and my own personal popularity seemed to grow with the play. ‘At last,’ I said to myself, ‘I am established and I can now go out and pick the style of part that best suits my ability.’ Then I went the rounds of the managers, and to my great astonishment, I learned that I was dead! There was no more Herbert Yost, actor, creator of characters – Herbert Yost was dead. As far as theatrical managers were concerned, all that remained was Richard Kettle, the character he played in ‘Over Night.’ No matter where I went it was all the same – they could not be convinced that I could play any other type than the one that had impressed them. One manager said he had a part that would just suit my ‘type,’ but he would not engage me because I lisped. It happened that I had given a lisp to Richard Kettle, and the manager couldn’t picture me playing any part in which I didn’t lisp. I then realized that if I stayed on the stage I would have to become a ‘type’ – a one-part actor – a Richard Kettle for the rest of my career. There was only one way to overcome this condition – to leave the stage and stay away from the managers until they had forgotten all about that ‘type.’ I knew that this action would mean the loss of all prestige I had gained and compel me to begin all over again in my climb up the ladder – but anything was better than remaining dead. So I handed in the customary two weeks’ notice to the ‘Over Night’ Company, and quietly dropped out of sight.” — Barry O’Moore 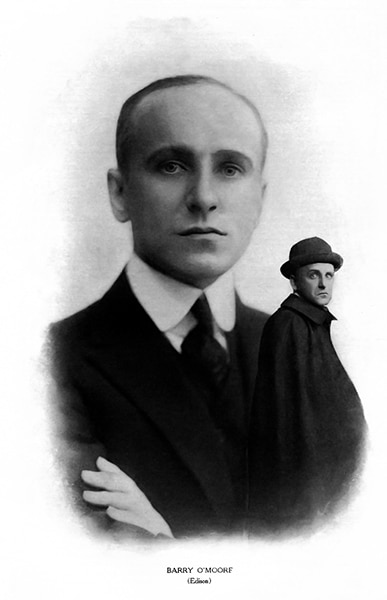 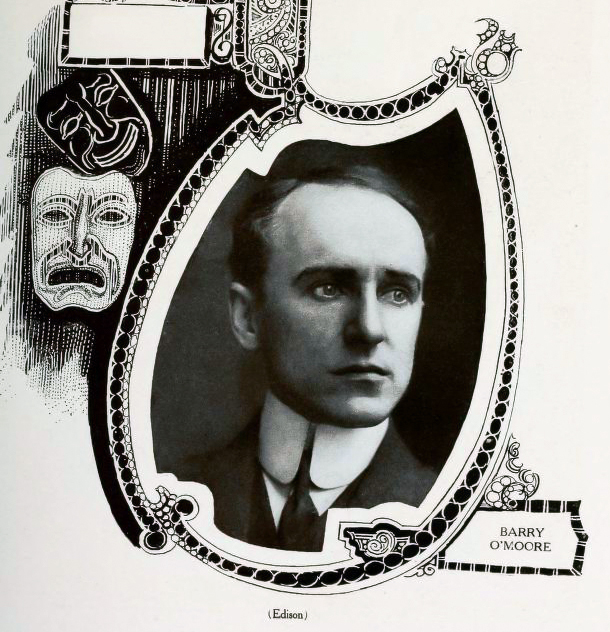 “Then I changed my name to Barry O’Moore – a name which was intended as a tribute to Ethel Barrymore who, though I had never met her, had always stood as my ideal of women. Taking a new name meant that I must enter the film world unheard of, and unknown – but I was rather glad of this because it meant that whatever success I might win would depend entirely on effort and not upon past achievements. As Barry O’Moore, a total stranger, I secured an engagement with the Edison Company. In a few weeks, I became a regular member of the Edison Stock Company, and for the last two years, I have been an Edison Star. That motion picture experience was invaluable to me – it taught me things about acting that can never be learned on the stage, where one is apt to depend so much upon voice and personality. Most important of all, it saved me from the dreadful fate of being a one-part actor – I wanted to try anything and everything, and motion pictures gave me my opportunity. From the actor’s point of view, this makes the new art a vitally interesting one. I know of no other way in which it is possible to get such a wide variety of experience.” — Barry O’Moore