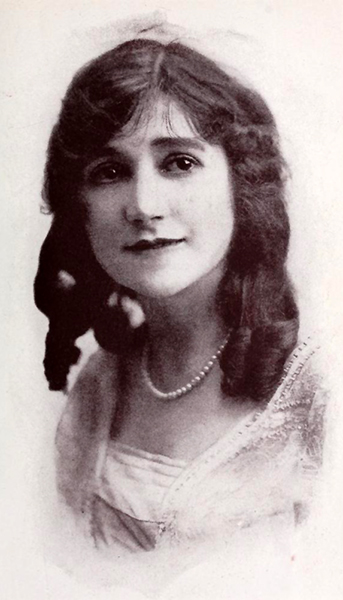 “You know, don’t you, that Herbert Prior is my husband?….And I am happy. I like my work, I like the Edison people, and my husband and I have the best times in the world. We live just across the street here from the studio, we don’t keep house, a dear lady we know does that for us and a few more of the Edison players, and it’s home for all of us.” — Mabel Trunnelle 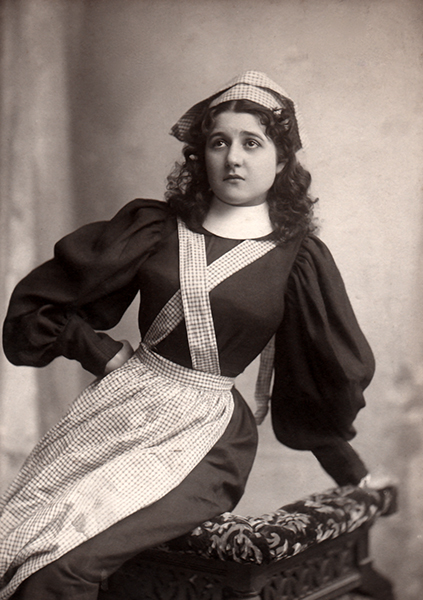 “I don’t think the public is in the least interested in what we used to do on the stage, or how wonderful we were several years ago. It is what we are and do now that interest them. So why should I bore people stiff by telling all about my stage experience?” — Mabel Trunnelle 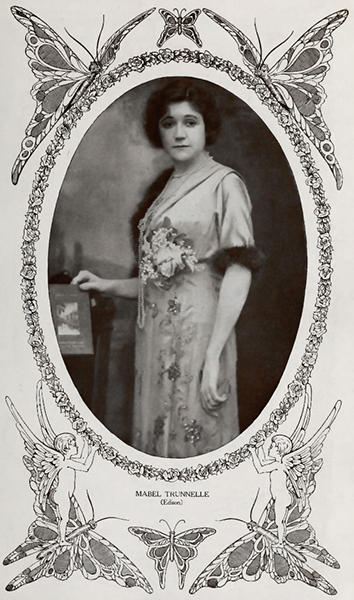 “I love Fifth Avenue. I’m satisfied just to be here. Mr. Prior prefers a smaller city than New York; he likes Detroit, but nothing but New York would satisfy me; I was born in a small town, – Dwight, Illinois – but my parents live in Chicago, now. I get ever so many letters from Chicago and further west from people who say they like me and really, you can’t imagine how encouraging such letters are to a photoplayer; they take the place of an audience, almost.” — Mabel Trunnelle 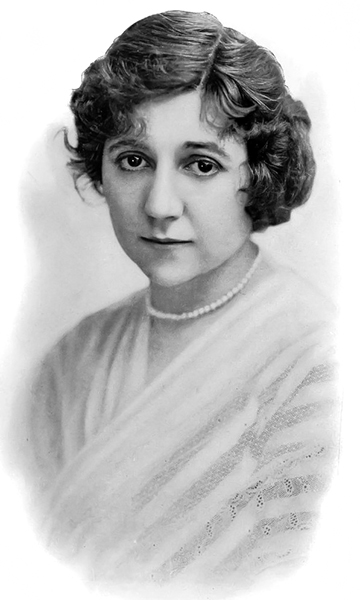 “I was playing in ‘The Blue Mouse’ and Mr. Prior was with the Edison Company, when all of a sudden, the Edison Company decided to send him to Cuba. He wanted me to go, too, so I came over to see Mr. Plimpton about working with the company and he engaged me. Then Herbert and I got married….So we were married and went to Cuba. I liked the work right from the start. After returning from Cuba, we worked here for awhile, then left and went with the Majestic company. A year ago, we came back to the Edison studio and have had a wonderful variety of work.” — Mabel Trunnelle

“Since we got our car last summer – well, I couldn’t begin to tell you the good times it has meant to us and as many more as it will seat. Nearly everybody here owns a car, though. Elsie McCoy and Bessie Learn each come to the studio in their own cars and they crank them and drive them themselves. I can’t do anything daring like that, though. To begin with, my husband wouldn’t let me and I’m quite satisfied that he won’t, for I’d be scared to death to try. The other day, we were driving and I thought we were going to have a collision so I demonstrated my bravery by jumping out. ‘See!’ said Herbert, when nothing happened and I had climbed back. ‘So that’s the way it would be!'” — Mabel Trunnelle

“I have been in Motion Pictures for three years and I like it much better than the stage life. It is more exciting for there’s such a glorious variety about it. Then, too, one has so much home life. No, I don’t know that I have any favorite line of work. I like it all.” — Mabel Trunnelle in 1914

“Yes, I study my parts before rehearsing, and after, and during. In fact, I’m always studying them. Do I think motion pictures will ever outshine the stage? Well, so far as road shows are concerned, they already outshine the stage. But I don’t think they’ll ever outshine a Broadway production. Motion pictures will always cater to a larger audience, though, and an audience that is much harder to please. I do not approve of censorship of films. I consider it unnecessary, for so far as the Edison Company is concerned, I am sure Mr. Plimpton knows what is suitable and what to produce. Yes, I enjoy photoplays very much and like them all – except Indians and Westerns.” — Mabel Trunnelle in 1914

“It is impossible to say how many photoplays I have worked with for I have been with Edison two years and with Majestic one year – the old Majestic, I mean, of course. I have worked in an average of one picture a week during the two years with Edison and two a week down at Majestic, so you can count it up for yourself!” — Mabel Trunnelle in 1914

“No. I don’t want to vote. I think my husband is perfectly capable of voting for both of us.” — Mabel Trunnelle in 1914 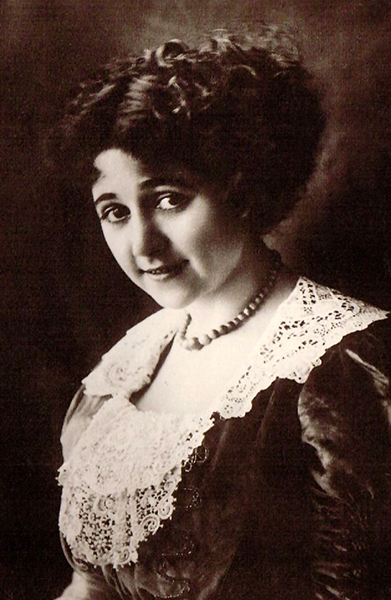 “I don’t think woman suffrage is necessary. I consider my husband quite capable of handling the political side of the question for this family.” — Mabel Trunnelle