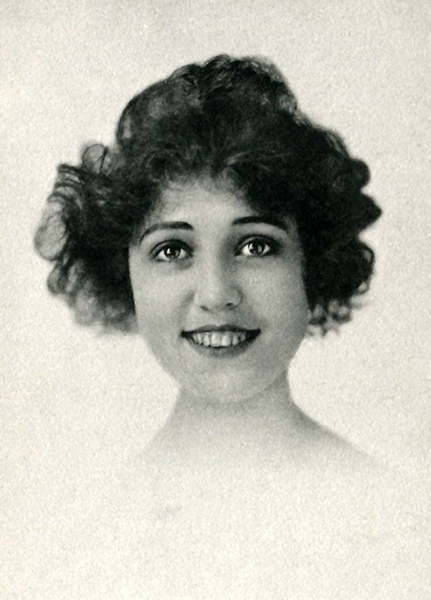 “I decided I could earn more money as a motion picture actress than the $6 a week I was being paid for sketching. So one morning, without saying a word to my mother, I got up at six o’clock, and set out for the Vitagraph studio. This was something of an adventure in itself, for while I had lived all my life in New York, I never had been in Brooklyn. When I reached the studio I discovered a long line of people outside. Finally I found me way to Mr. Spedon. ‘What experience have you had?’ says he. ‘None,’ says I. ‘I think you are very impertinent then,” says he, but I talked him out of it, and he called in Larry Trimble for consultation. Mr. Trimble kept asking me about my experience. ‘I think you have had some experience,’ he insisted. There I was, trying to be honest about my ignorance, and they wouldn’t believe me. At last they sent me upstairs to another office and after awhile I began to get rather tired of the constant questioning and besides it was nearly noon, and I was hungry and half hysterical. So I began to light into everyone around. Among them was poor old John Bunny, and I remember saying to him, ‘What have you got to say about this? You’re only a comedian, and you ought to be down there in the yard at work.’ Another man who had just come in, was standing there, looking at me with half-closed eyes as if I was some sort of curiosity, and I guess I was, at that. To be absolutely neutral, I sailed into him a few minutes, and then Mr. Trimble came over and patted me on the arm. ‘There, there,’ says he, ‘it’s all right. You go to work this afternoon.’ The man with the penetrating gaze was A. E. Smith, still head of the Vitagraph, and the whole thing was a frame-up by Mr. Trimble, who was playing the red-headed villain, to get me mad all over just in order to see what I would do.” — Dorothy Kelly 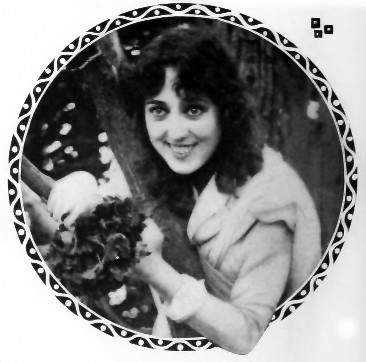 “When I am asked if I have a hobby, I don’t know just what to say; but if love for flowers can be called a hobby, that is certainly mine.” — Dorothy Kelly 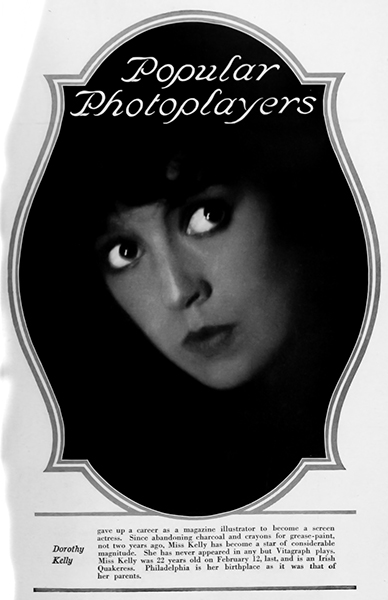 “I’m really too small to be a regular vampire. Anyway, the parts where physical magnetism is employed do not appeal to me greatly; I much prefer a villainess who exercises her wits.” — Dorothy Kelly 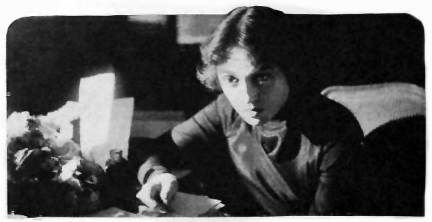 “The other day, after a scene had been taken, I clapped my hands to my ears and cried, ‘I think I’ve been wearing the wrong earrings!’ and there was general consternation, but it was too late to do anything. A funny thing happened recently; in the outdoor scenes I lost one of a pair of big, black earrings. I was unable to replace it because they are unique. As they are very conspicuous something had to be done. Things were at a standstill until I thought to pull my hat down over the offending ear; and in the indoor scenes, I tried to keep that side away from the camera. I do hope it isn’t noticeable. These details are such a strain on me.” — Dorothy Kelly 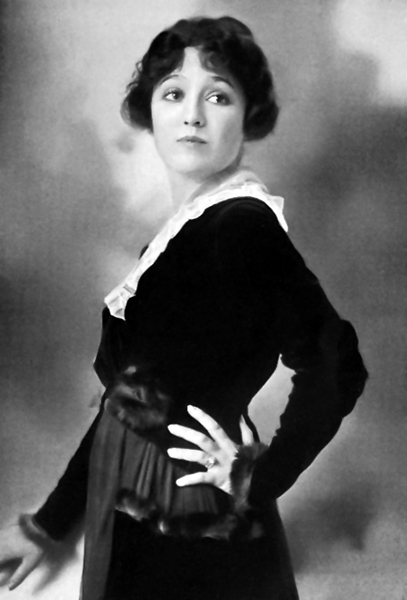 “And I want you to know that I consider Edith Storey the greatest Moving Pictures actress. To me, her work seems simply wonderful; and if I can ever achieve the heights she has I will be content.” — Dorothy Kelly 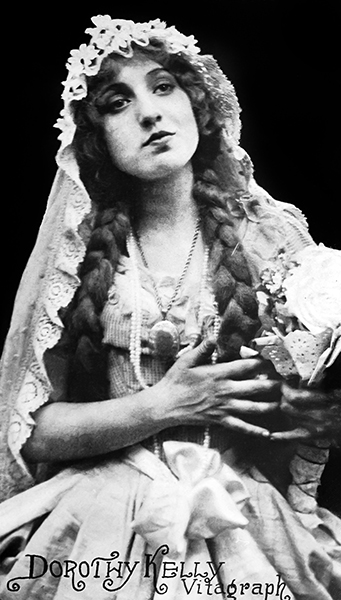 “I love my work, and enjoy every bit of it. A short vacation – just for a change – would be so nice. Why, even when I married and left for my honeymoon, they wired for me before I had gone two days, to please come back and start a new picture.” — Dorothy Kelly 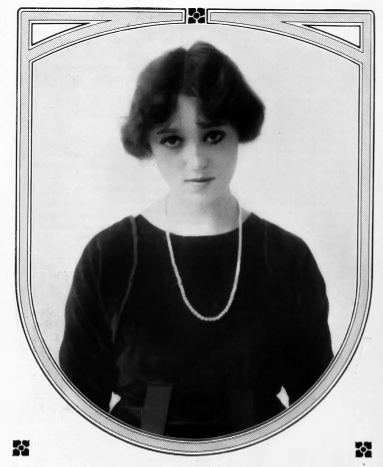 “I have to attend a movie ball tomorrow. I hate balls and expositions, where I go to be gawked at! I feel like an animal at the zoo.” — Dorothy Kelly 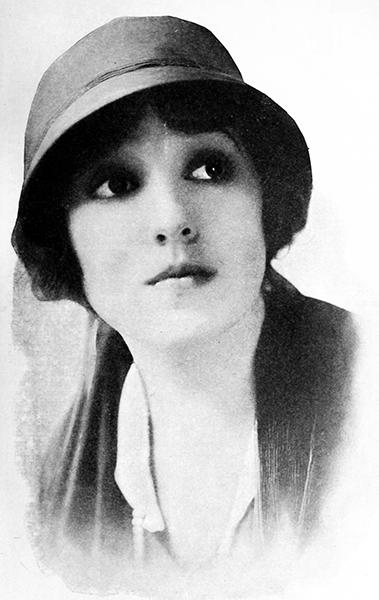 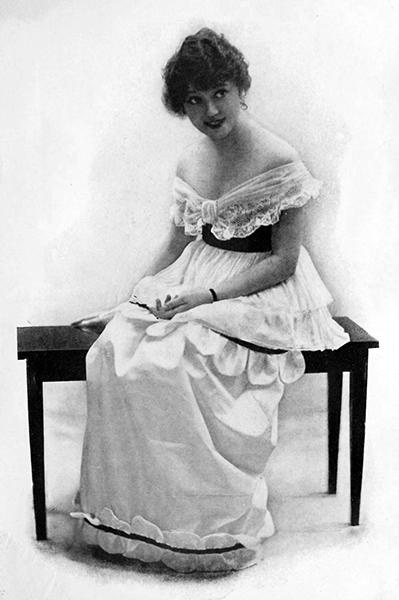 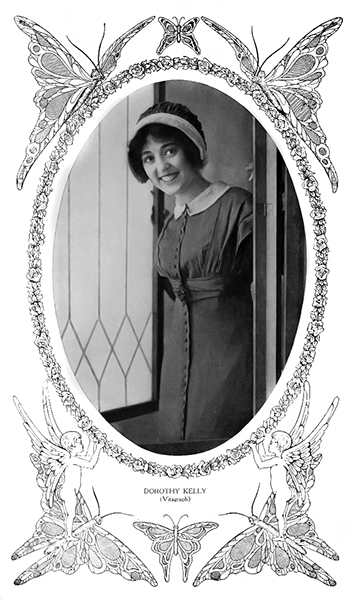 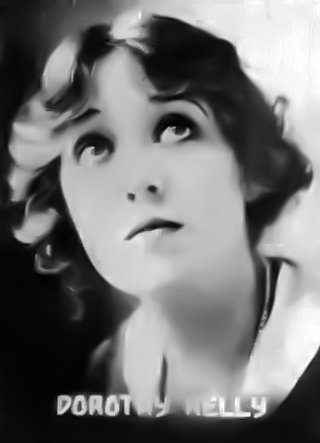 One thought on “Dorothy Kelly – photos and quotes”