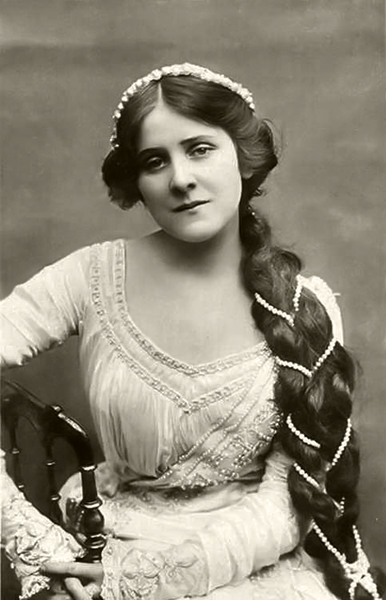 “On my first day at work I rouged my cheeks and made my lips heavy, and the strip of film looked as though I had been eating blackberry pie, or was dying of some dread disease….Then it was explained to me that red photographs black, and I was forced to unlearn the art (of makeup) that took me many months to learn when I fist entered the theatrical profession.” — Edna May Lewisohn 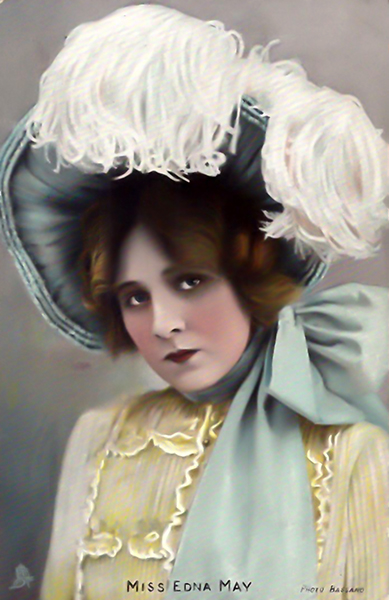 “It bored me extremely, and I vowed then I would never again waste my time looking at motion pictures. But I have changed, and I don’t believe that anybody is more enthusiastic now than I, not only for the present standing of the photoplay but for its bright future.” — Edna May Lewisohn 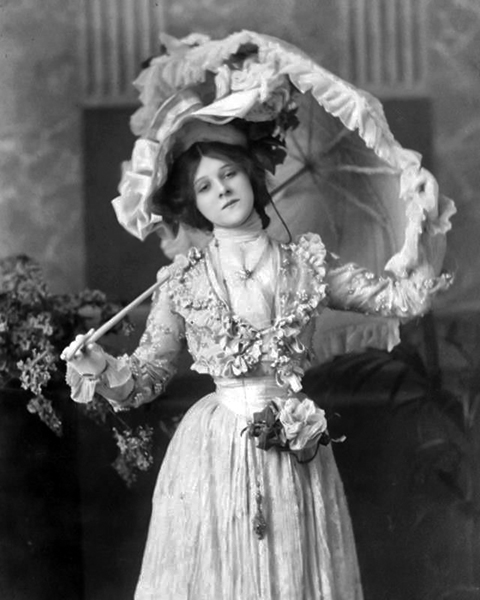 “I have come to believe that motion picture acting is far more difficult than acting before the footlights. The camera is more critical – oh, very much more critical! – than any audience I ever faced. It embarrassed me greatly at first when my director had told me to act a certain part, for I missed the houseful of faces that used to give me inspiration when I was in comic opera. Then, at happy situations, there was was an instant from the audience that spurred me on to greater efforts. Now, there was only the soulless eye of the camera man and the cold critical eye of the director. B-r-r-r! Very cold, indeed. And I deserved it – that was the coldest thing of all. Nor was there any warming inspiration in the studio atmosphere. There is no blood in mechanical apparatus.” — Edna Mae Lewisohn 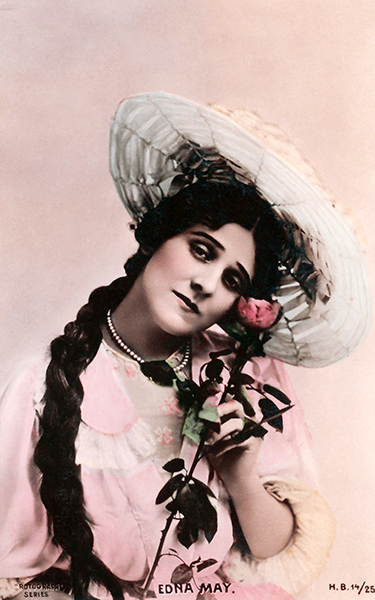 “The first glimpse of myself on the film in the projecting room depressed me greatly. I looked awkward, even stagestruck. Then I set about building a cozy fire of inspiration within myself, and went down on my mental hands and knees and blew that little lonely flame so it should roar. O yes, indeed. Then my work began to improve. I was learning to act all over again, you see. Now I have schooled myself to look past the camera, past the director and the camera man, into the faces of hundreds of thousands of ‘movie fans’ who will sit in many theaters and watch me as I watched myself in the projecting room. I intend they shall think better of me than I thought of myself.” — Edna May Lewisohn