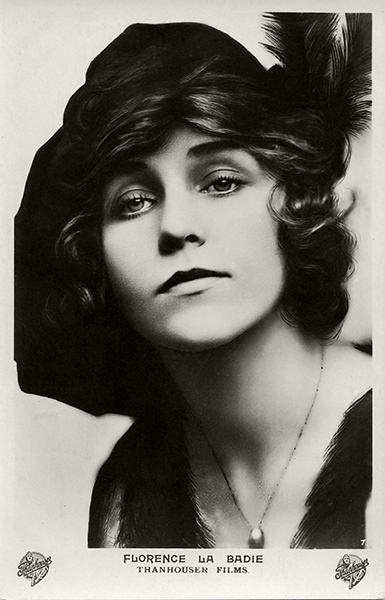 “I’m an Indifferentist. I don’t care what happens.” — Florence LaBadie 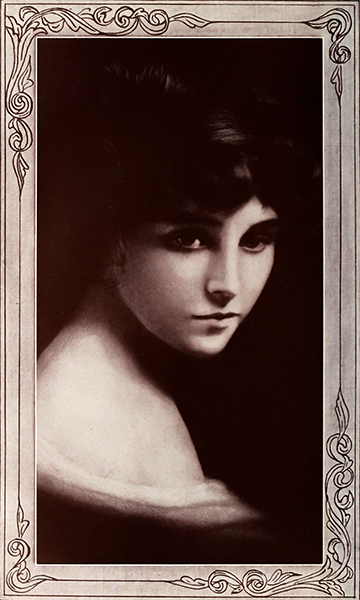 “I like comedy parts best, but I do much better work in sad ones – why is it we always want to the thing we can’t do?” — Florence LaBadie in 1913 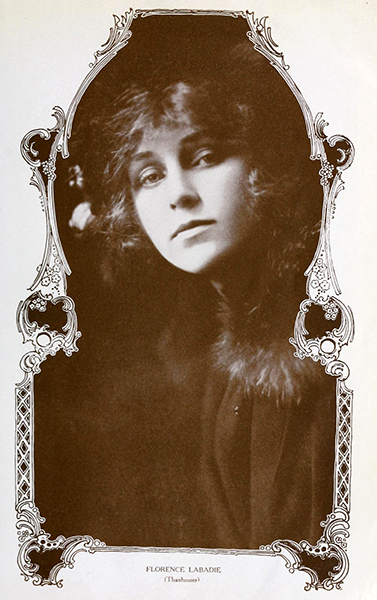 “It is all so interesting. There is such variety to the plays, and I never know what I may be called upon to do next.” — Florence LaBadie in 1913 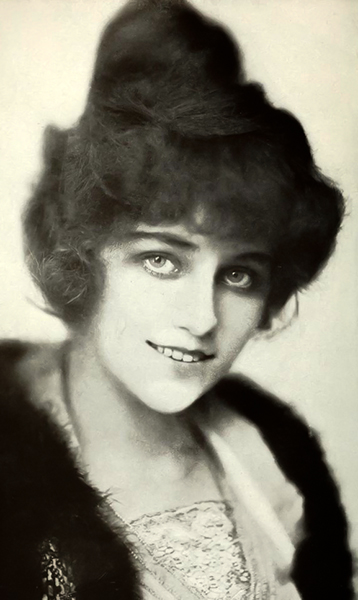 “Yes, I always go and see the pictures in which I have appeared, and, silly as it may seem, I really have stage fright. I sit with my fists clenched and I watch myself, seeing where I might have done better and longing to walk into the picture again and improve my acting.” — Florence LaBadie in 1913 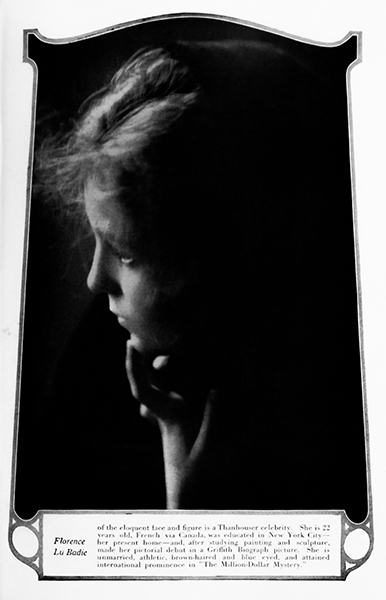 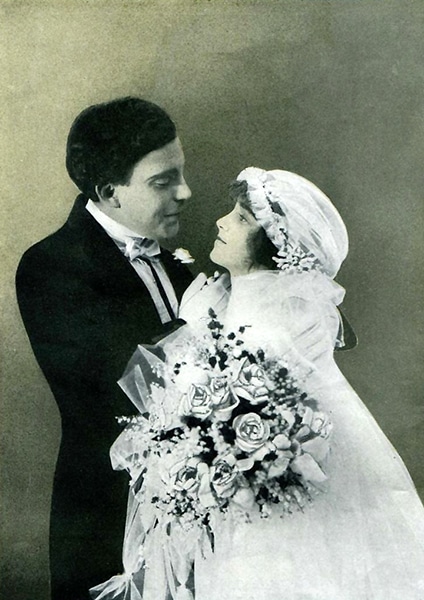 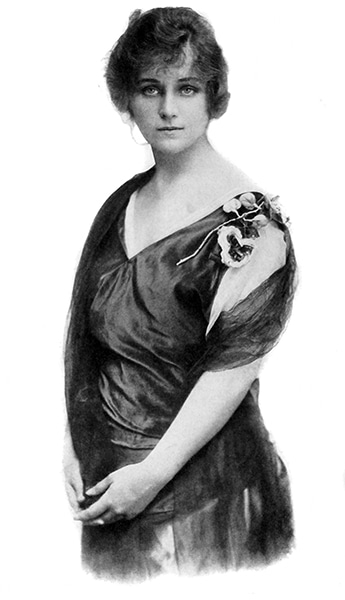 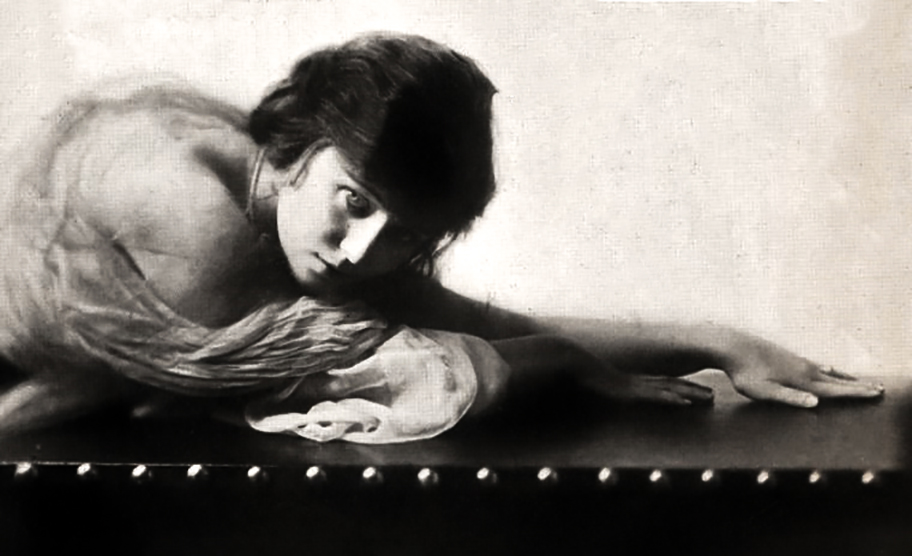 “The thought of reputation keeps so many from having so many good times.” — Florence LaBadie 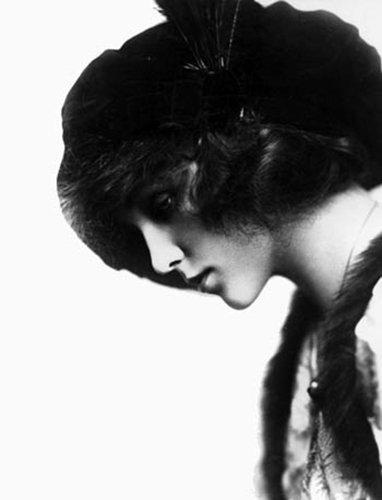 It is with sorrow that the moving picture industry and its patrons learn of the untimely death at the age twenty-three years [she was really 29] of Florence LaBadie, who has for the past five years been one of the leading stars of the Thanhouser studios, and was featured recently in Pathe Gold Rooster plays.

About two months ago Miss LaBadie, accompanied by a friend, was driving down a hill near Ossining, when, due to failure of the brakes to operate, the car plunged down the hill at a rate of speed which caused it to overturn at the bottom. The occupants of the car were thrown out, Miss LaBadie sustaining injuries which the best of specialists were unable to cope. Much loved by all who knew her, she passed away on Saturday, October 13, leaving a mother [and an adopted mother] and many friends to mourn her.

Miss LaBadie was born in Montreal, Canada, but for the past few years had been a resident of New York City, and at the time of the accident was stopping with her [adopted] mother at the Hotel St. Andrew.

LaBadie was buried in an unmarked grave at Green-Wood Cemetery until 2014, when Ned Thanhouser, the grandson of the studio’s founders, raised the money to add a headstone.

One thought on “Florence LaBadie – photos and quotes”