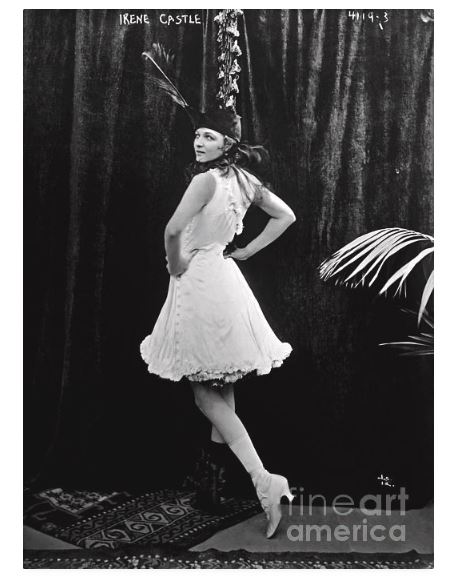 “I like pictures better. It was different when we first started in. Then it was a novelty. Now debutantes and grandmothers are rivals in learning new steps, and all enjoy dancing themselves more than watching other people do it.” — Irene Castle 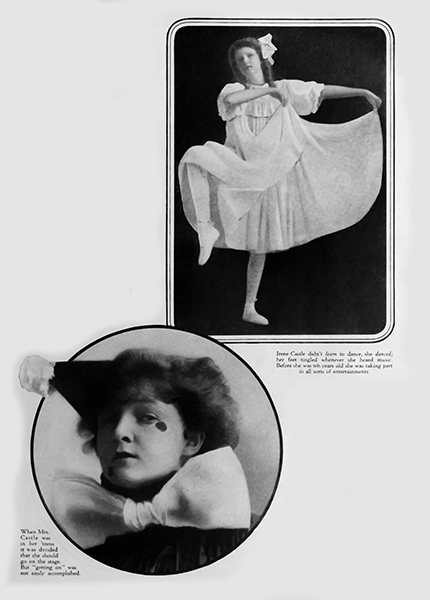 “When I was a child in New Rochelle, I used to play with boys most of the time. I cannot remember when I could not ride and swim. I learned to dive through boys throwing me into the water. I suppose that’s where all the fear was knocked out of me. The only thing I am afraid of is fire. Dancing came to me just as naturally. Before I was ten years old, I used to take part in all sorts of entertainments. Father believed in every boy and girl learning something so that they could support themselves, and as dancing was the only thing I cared for, it was decided, when I was only in my teens, that I should go on the stage. A distant cousin was in the Klaw & Elerlanger offices, and he tried to get a position for me. I didn’t care what it was – even the back row of a chorus – but everywhere it was the same – ‘What experiences have you had?’ – and that let me out. I wonder how many managers think they can keep the profession alive, if nobody will give a beginner a chance.” — Irene Castle 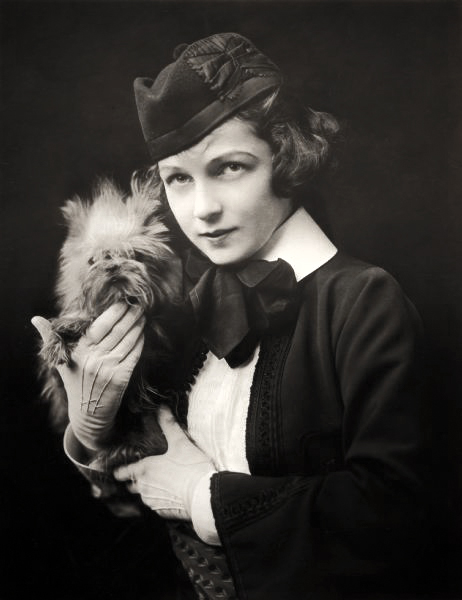 “When we were poor and lived in a three-room apartment we had three dogs. Later we moved to a hotel and got a new dog every other day. Finally the manager asked us and them to depart, so we had to get a house of our own for them.” — Irene Castle 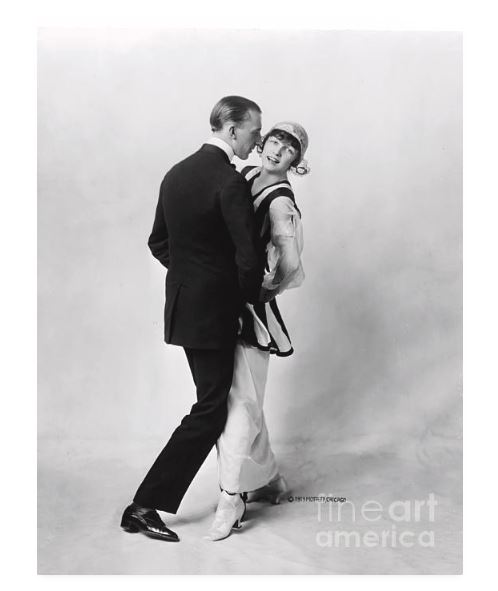 “It takes a lot of determination to go on the stage. Well, I had the determination, but received no encouragement. Then I married Vernon. He was with Lew Fields, then, in ‘The Henpecks,’ and they gave me a small bit. Still they wouldn’t let me dance. I wanted to come on at the close of one of Vernon’s numbers and dance with him for the finish, but Mr. Fields was afraid I would spoil Vernon’s act. Mr. Fields could have signed Vernon and me for life at $100 a week then, but I guess he would have thought that a crazy idea. Shortly after that, we went to Paris. Vernon had a part in a Revue. It was one piece of bad luck after another. First of all, we did not know that the sale of tobacco is a national monopoly in France, and we took a lot of cigarettes with us. The customs authorities found them, and we were fined 600 francs as an introduction to Paris. Then, we had taken my favorite bulldog with us, and she developed some sort of eye disease, and almost went blind. There was big doctor’s bill for that. As the rehearsals were going on we had to borrow money from the management, and soon were away in the hole. Finally the Revue opened, and Vernon loathed it. He played a burlesque of Isadora Duncan’s husband, with a long robe and a funny wig; he had some lines, and his French was a little shaky. At last he couldn’t stand it any longer, and quit. We found ourselves stranded in Paris with about ten francs – $2 – and nothing in sight. We took a little apartment out on Montmartre and began looking for work. An old colored servant who had been in my family for ages was with us, and he did all the cooking, washed, mended and pressed our clothes, and somehow we managed to keep ‘a front.’ Sometimes he would come in with an orange he had pinched, to cheer us up. He was the best, cheerfullest old thing in the world, and when everything else failed, he would teach us to play seven-up. Our sole recreation was window shopping. We would make the rounds of the stores and the wonderful pastry shops, and pick out the things we would buy if we had the money. We kept up our spirits by sheer determination. Then, suddenly, our opportunity came. We were given an engagement by the Cafe de Paris. From the very first we made a hit. Paris was crazy about ragtime, and we worked out a Texas Tommy dance. Vernon would throw me around and down between his legs and Paris thought it was great. When they like you at the Cafe de Paris, they throw gold coins and jewelry to you, and they did like us. Then we came back to America, and you know the rest. But before we came back, we went around to those places where he had window shopped, and bought the things we had wanted when we were broke.” — Irene Castle 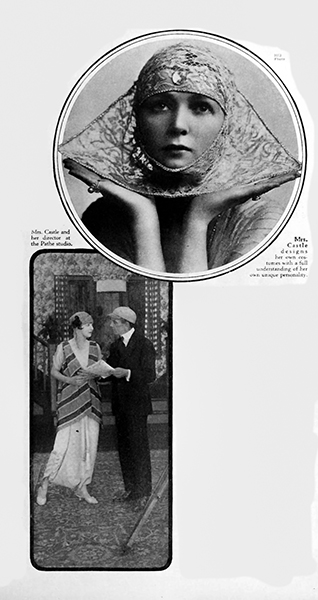 “I am not the least bit afraid so long as it all depends upon myself. The only time I get nervous in the slightest, is when I have to depend upon someone else doing the right thing at the right moment. For instance, in a recent picture, I had to make a high dive off a bridge, across some rocks. If I didn’t jump far enough, I would probably dash my brains out on the rocks, and it was a long jump. I knew it was dangerous, but it all depended upon myself, and I had no hesitation. I must admit, though, that when they told me to do it again, it gave me a little shiver.” — Irene Castle 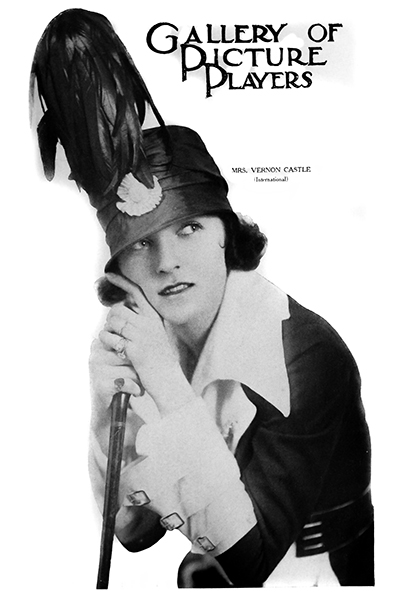 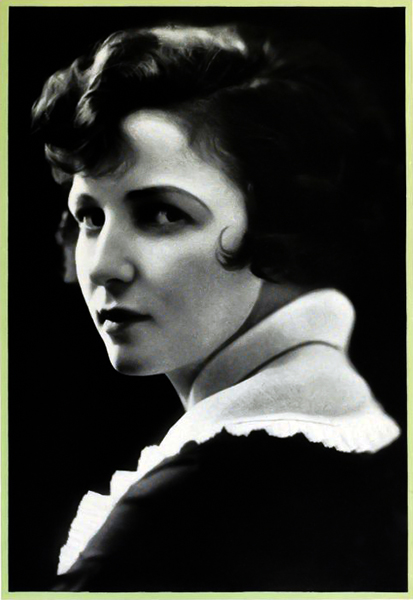 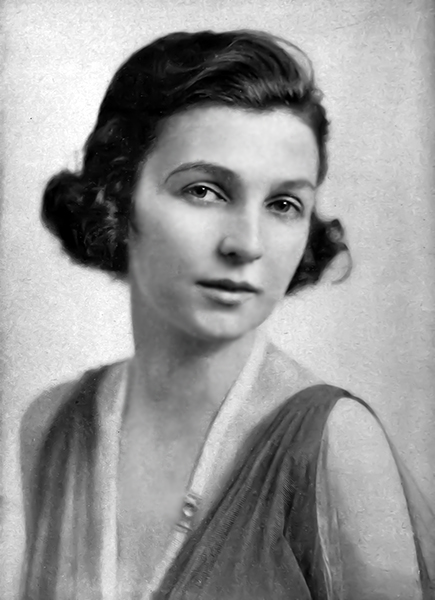 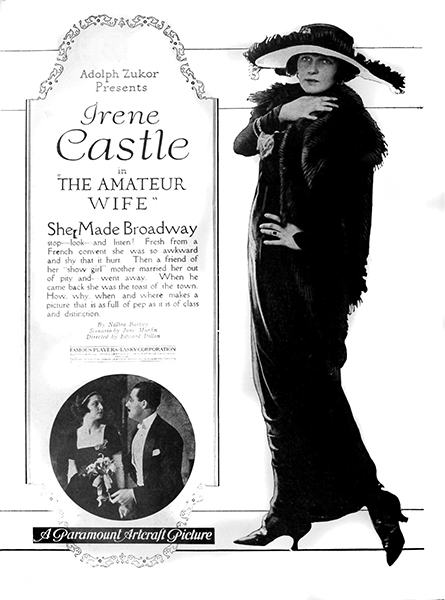 One thought on “Irene Castle – photos and quotes”