“I made up my mind that I wouldn’t start at the bottom so when I applied for an engagement and was asked if I had had camera experience, I said, ‘yes.’ I was cast for a leading part and my first scene was in front of Grace Church in New York. I had to rush up and kill, with a dagger, a girl going in to be married. We did the thing without rehearsing. I was so frightened that I didn’t know what I was about. A big crowd was looking on. But the picture came out fine, so I made good from the start.” — Jackie Saunders 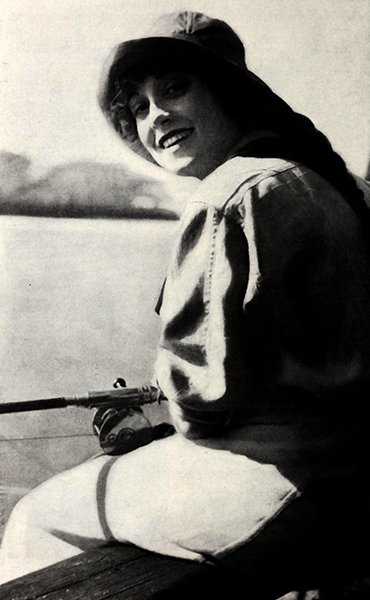 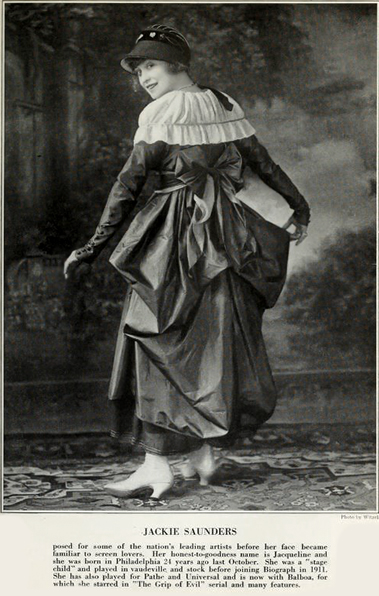 “Do I like pictures? Why shouldn’t I? All the prominence I have ever achieved has been before the camera. It has been a glorious adventure. I like the life and the activity of the cinema world. But someday I hope to have a chance before the public. I think there will be opportunities for players to alternate between the stage and the screen, in the future. But right now, I am satisfied where I am.” — Jackie Saunders