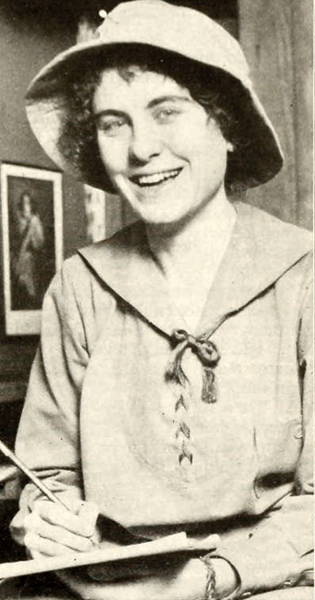 “In Paris, I wrote poetry, French poetry, very bad indeed. But friends assured me my center of song rested below my brain, so I went to Chicago to become a grand opera singer. Vocal work there made me suspicious of my friends. Then I went into caucus with myself, and the result was a visit to New York to get work on the stage. I wanted to act, always have wanted to act, and always will. I was fortunate in getting a part in the case of ‘Caesar and Cleopatra,’ in which Sir Johnstone Forbes-Robertson was starring. I played for a season, and followed with another season in ‘Strongheart.’ But my friends impressed me with the loss the operatic stage was suffering though my clinging to straight acting. So I martyred my ambitions for my well-wishers and gaily spent my patrimony with a flattering vocal teacher in New York. I got discouraged and decided to put myself to the test, so went into musical comedy, playing the part of Tita in James Powers’ ‘Havana.’ One season of that, and I wrapped my vocal ambitions in a sheaf of cancelled checks and tucked them away for memoirs.” — Jeanie MacPherson 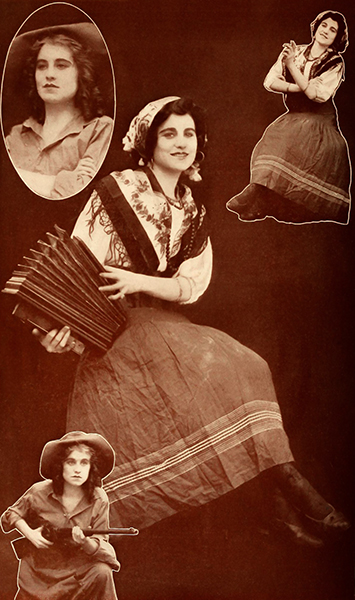 “All I knew was that I wanted to act. Then someone told me about motion pictures, how drama was filmed. I was fascinated. I like mechanics anyway. I hunted all over New York for a studio – and couldn’t find one. At last a super told me a man named Griffith was doing pictures for the Biograph company. I promptly went there. Mr. Griffith wasn’t in. His assistant was. I told him my stage experience. He ignored it, scorned it. ‘We want to know what you can do before a camera,’ he said. I said: ‘If you get me on my Scotch say, I can’t do anything, but if you get me on my French say, I can do ‘wop’ parts. He told me he would see what could be done.” — Jeanie MacPherson 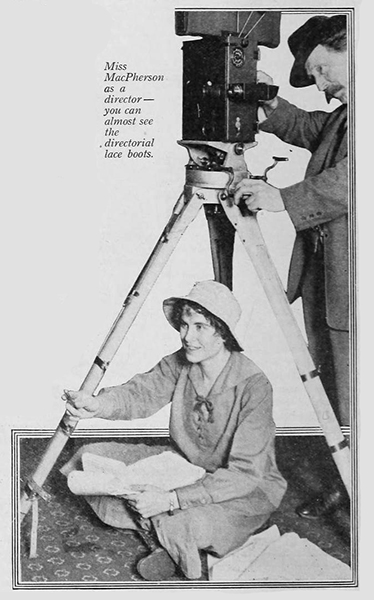 “Why, there is no limit to the possibilities of the screen. Do you realize that a human’s mind can actually be photographed? As I watch an actor before the camera I can read his innermost thoughts as one expression after another flits across his face. That is why I think there is a future in scenario writing. Some of the colleges have already started courses, and we are constantly being asked for advice on scenario writing.” — Jeanie MacPherson