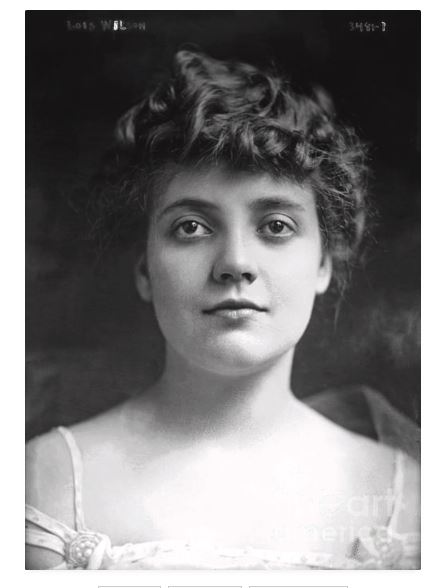 “I’m the luckiest girl in the world, and I’m just going to keep on trying and trying until I reach the top – I’ve lots of years yet, you know.” — Lois Wilson 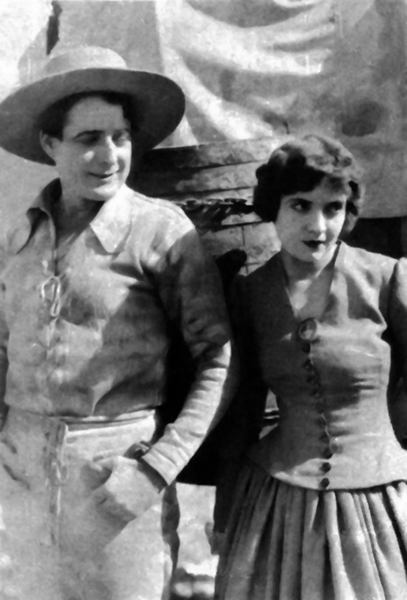 “Lois Wilson won the beauty contest in Alabama, you know, and Universal signed her up right after that. She came straight from school and never had any previous training. She did such good work at Universal City that when I left, I wanted her to continue with me, of course, and so we’ve been together ever since. She’s the dearest little thing, very quiet and retiring, a regular homebody.” — J. Warren Kerrigan 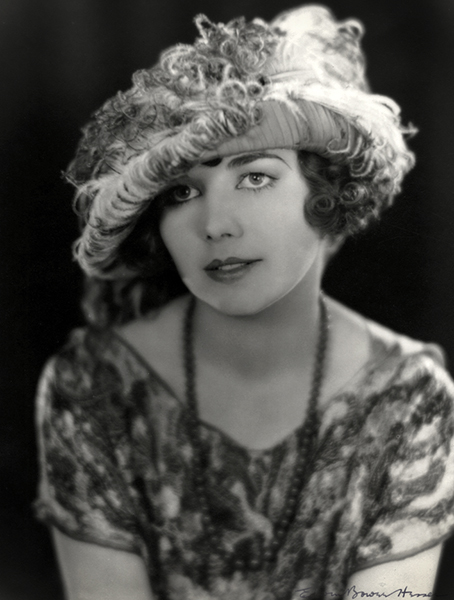 Silent screen star Lois Wilson never married and details about her private life are still vague. What is known about her is that she was a former school teacher (one newspaper claimed that she had been fired) who won an Alabama beauty contest. The win awarded her a movie contract. Director Lois Weber gave her in a prominent role in The Dumb Girl of Portici (1916) and J. Warren Kerrigan brought her on as his leading lady. Although she worked steadily in films since the mid-1910s, she was named a WAMPAS Baby Star in 1922. The following year, she finally attained stardom in the western classic, The Covered Wagon (1923) with Kerrigan once again taking the lead. 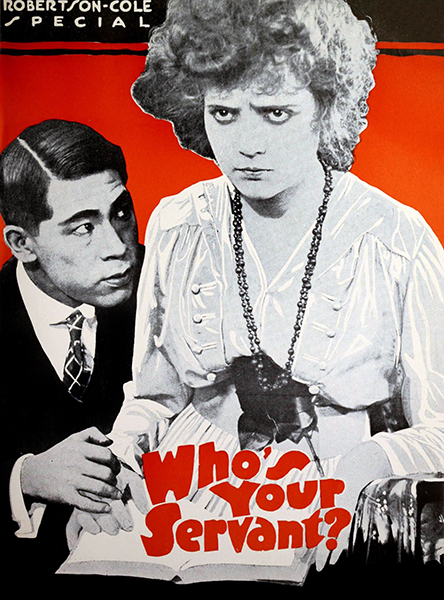 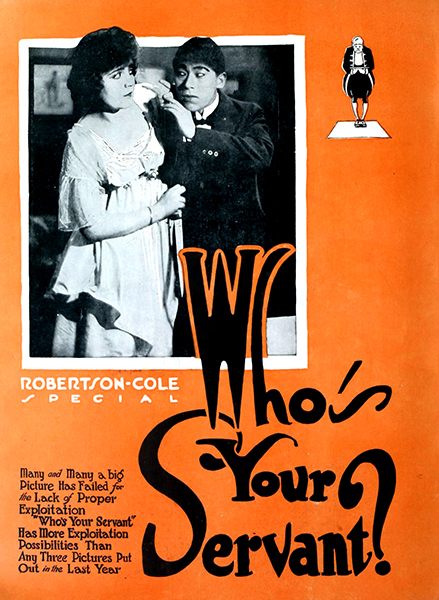 “Sometimes I wonder how my own life might have turned out if I had lived away from home in those difficult days when I began my picture work. That was ten years ago, when I was an inexperienced, shy girl in my teens. If I had been alone, then the disappointments and hard knocks that are every beginner’s portion would have been much more difficult to contend with. As it was, I had a comfortable home and a mother who was both understanding and sympathetic. Without them – well, things might have turned out differently.” — Lois Wilson

“At eighteen I would have condemned things I understand today. I am glad my view-point has changed, because I think an eighteen-year-old girl’s ideas would be vain and immature in a woman in her late twenties. But just the same, I am glad I had the roseate vision at eighteen.” — Lois Wilson

“At eight I was filled with ideals and enthusiasms. I still have most of them, the real enduring ones that I hope I shall never lose. But the others have been discarded along with hats and shoes and dresses that I had outgrown just as completely. One of my most treasured illusions was that I would save my kisses for the man I would one day become engaged to. As I see things now, I realize how futile that idea was. A girl marrying the only man she had ever kissed might discover after marriage that other men’s kisses were more to her liking. Failing that, she might wonder if in her experience she had made the happiest choice. Not that I believe in promiscuous kissing. Cheapness isn’t the best sort of experience. But a woman who has reached the years of discretion can draw the line easily enough between genuine emotion and trivialities.” — Lois Wilson 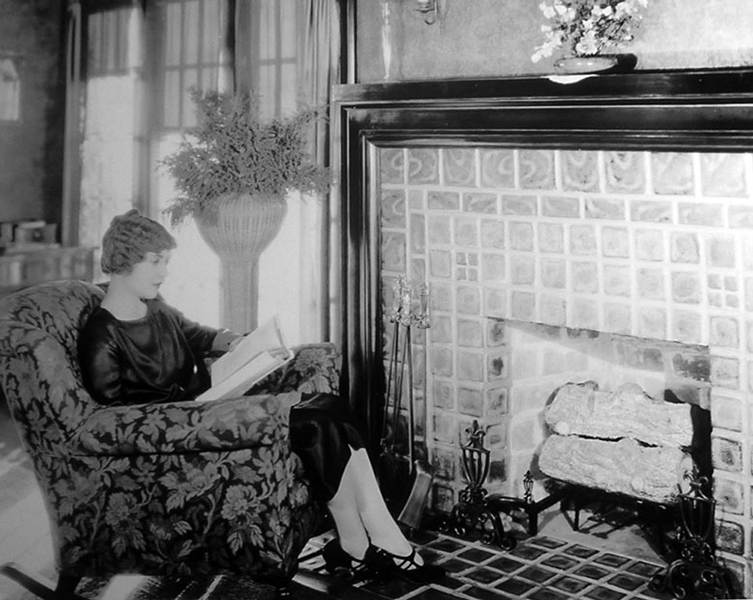 “Although I can smile today at that unsophisticated little girl who once was me, I am glad she remained true to the ideals she had measured for herself. It means that in my twenties, I am still discovering new things. Life isn’t like an old book that I am reading over for the hundredth or even the second time. New adventures are waiting and I can embark upon them with all the joy and enthusiasm of the explorer living new things.” — Lois Wilson

“When girls crowd too much into their teens, they’ll find their twenties suffer because of it. Life has nothing new to give them. Their eyes have seen too much and have become weary. At the time when they should be getting the most out of things, they are bored and blase. Instead of being a new and exciting game, life has settled down into being an old story with the same old round of beaux and kisses, cocktails and parties.” — Lois Wilson

“Whenever I see a girl burning up her emotions in unrestrained trivialities, I think of her as a greedy little thief stealing the heritage of the girl she will one day become. And it’s only fear that I might be considered a prig who doesn’t understand that keeps me from begging: Please stop. Wait until you’re old enough to know what you really want and then go ahead and do what you please.” — Lois Wilson 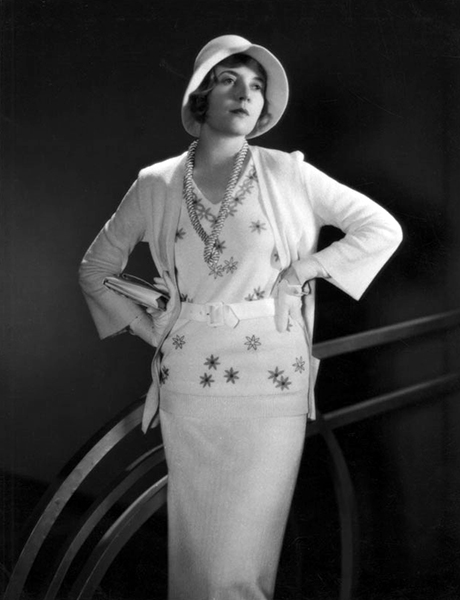 ‘”Remember, I’ve seven years of energy stored up. Don’t worry. I shan’t abuse my health. I’m tireless, and this bottled-up exuberance must be let out.” — Lois Wilson 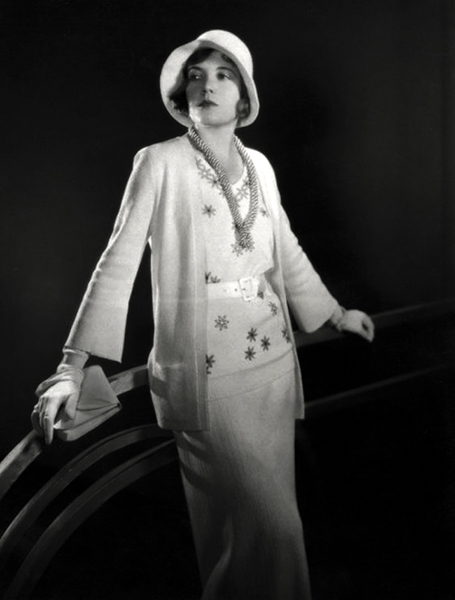 “I cannot agree with any opinion that matrimony and a career are incompatible. I have never married, but I am not avoiding marriage. I am looking for the other part of my puzzle.” — Lois Wilson in 1937.

Wilson, it seemed, benefited from keeping her mouth shut and staying out of trouble. She was extremely popular within the movie colony and with movie audiences. She frequently attended Hollywood parties and was constantly invited to civic functions, yet she avoided talking about herself or others in any depth. She was often described as the nicest girl in Hollywood, a reputation that occasionally bothered her. Privately, she was often a tag-along or sidekick to Gloria Swanson and she was a close friend to Conrad Nagel, a star who (like Wilson) had a scandal-free off-screen persona.

When she tested for talking pictures, she lisped. However, she quickly corrected her problem and took to the stage, playing in a comedy sketch opposite Edward Everett Horton, another one her close friends. Wilson eventually made a successful sound transition, playing in supporting roles. Later in life, she appeared on the radio, the Broadway stage, and television.