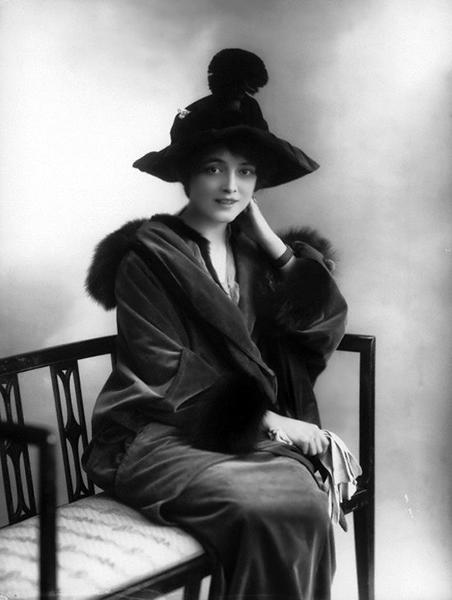 “Yes, acting for a cold-eyed camera is, of course, different from playing before a responsive, applauding audience. At first, it seemed like performing in an empty room or responding to a photographer’s ‘Look pleasant, please,’ of making expressive faces for a few friends who stood about, stolid and unimpressionable. I missed the exhilaration, the emotional stimulus, the spur one receives from the responsive, eager spectators.” — Marie Doro 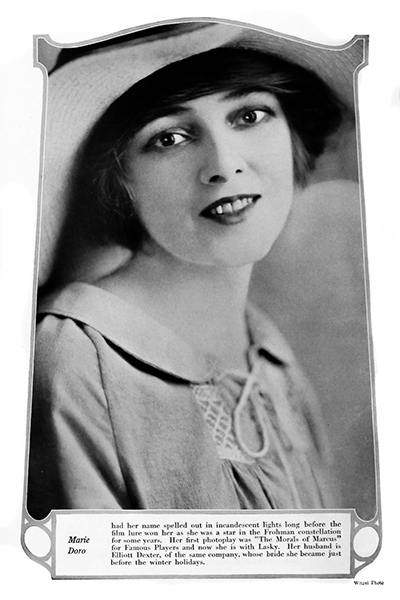 “Well, the studio has its compensations. It soon became apparent to me that the camera, though it seemed cold and inscrutable, was at the same time a bit forbidding and absolutely uncompromising. I mean by that that it glares at one as if to say, ‘I see everything you do; the least insincerity, the slightest carelessness I will record. Be thorough!’ To the conscientious actor that is significant. The spur of the camera replaces the stimulus of the audience’s enthusiasm.” — Marie Doro 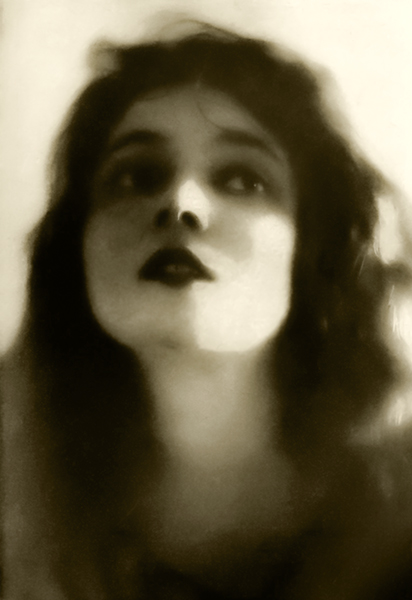 “After I had seen my own films exhibited before an average audience, I could not help but get the spirit of the thing. And now it is easy while playing to an unemotional lens, to imagine the impressionable spectators sitting enraptured on the ends of their seats, anxious to smile or sigh, to gasp or gulp down tears. It is a simple matter to play to such people through the camera.” — Marie Doro