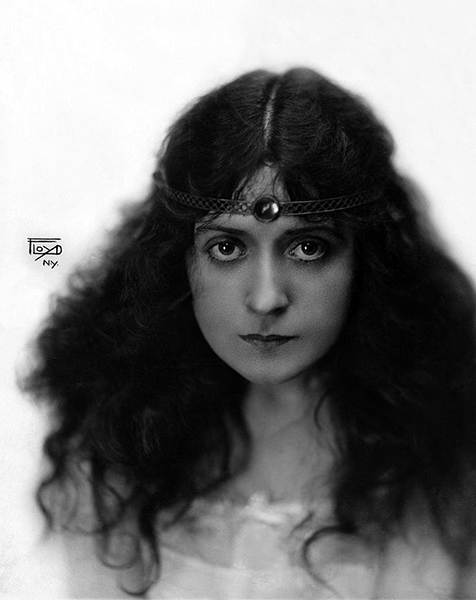 “I started at the Belasco Theater in Los Angeles and then was ingenue with the Grand Opera Stock Company in that city. I was in repertoire in a number of different companies on the Pacific coast and when I returned to Los Angeles I started my work in pictures. The Selig Company was the first one I worked in and I left it to go into comic opera with Dorothy Morton. After a season in ‘Checkers,’ I was with the Reliance, Eclair and Republic companies, and when I went west it was to join the Vitagraph company there.” — Mary Charleson in 1916 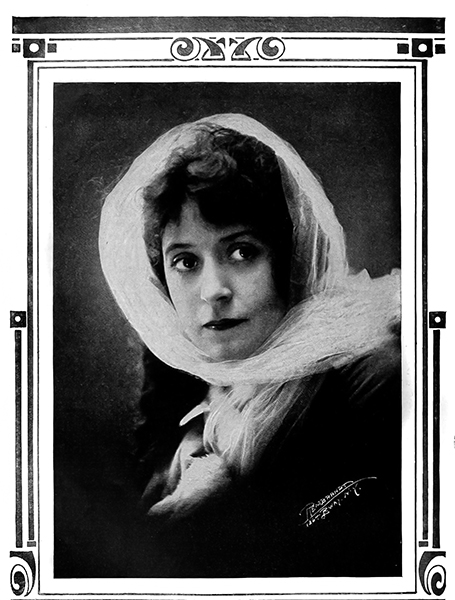 “I can’t understand how it happened. First it was Eclair and then with the Republic. Remember the Republic?….Well, I Republic-ed. Then I joined Vitagraph in the East and later went with them to the coast. In the East I played with Maurice Costello. Remember how popular Costello was? You can bet I was mighty proud. After that I went to World. There I played leads with William Courtney, Charles Cherry and finally to Piralta. I had played opposite Mr. Walthall at Essanay and I continued at Piralta. I wish I could think of something unusual. I was never discovered by Griffith. I never worked at the old Biograph plant. I guess those are the only two unusual things about be.” — Mary Charleson 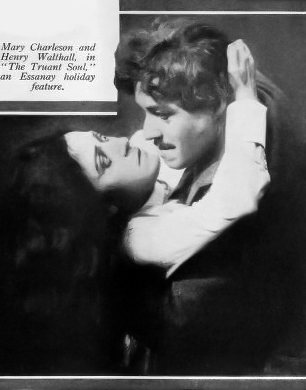 “Oh, I shall never forget how pleased I was! I was working in the pictures on the Coast. My company wanted to send me East to do a picture. I’m sort of old-fashioned and do so dislike changes, so I did not enthuse about leaving my friends out West and seeking new ones so far away. Just the same, they purchased my ticket and made my reservation, and, do you know, I held that ticket until the very last moment, trying to persuade myself to go. Finally I gave it back to the director with fear and trembling and told him I just couldn’t leave California. Almost immediately came the offer from Essanay, and then I just about died for fear something would happen to keep me in California! I wanted to play with Mr. Walthall so much…But I had acted so horrid about leaving California before that I was sure fate would wreck the train that I took East or in some way interfere with my engagement at Essanay. That was an awfully slow train. I thought I should never get to Chicago, and I didn’t really breathe until I reached the Essanay studio.” — Mary Charleson 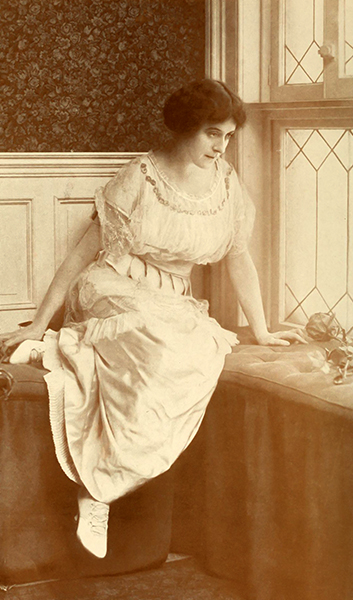 “I hate hotels, and am subject to lonesomeness. I love my home and to see all of my friends every day. Again, while Motion Pictures are more difficult to actin, they are far more interesting than stage work. Instead of repeating, night after night, the same lines and enacting the same scenes – as in speaking productions – we finish a picture and go immediately into something else. There is not the monotony of the same thing over and over again. I doubt if I shall ever return to the footlights.” — Mary Charleson 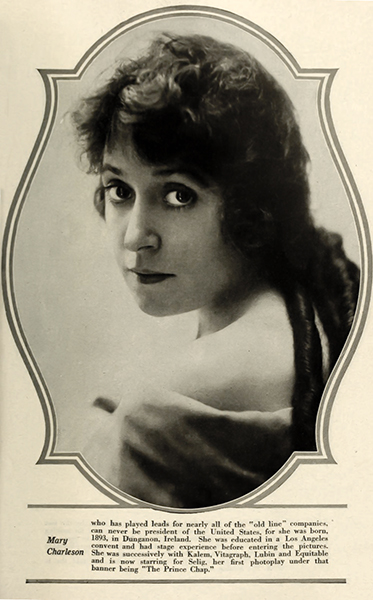 “Mother may be with people who are discussing pictures for days at a time, and I don’t believe she would ever mention having a daughter in the movies.” — Mary Charleson