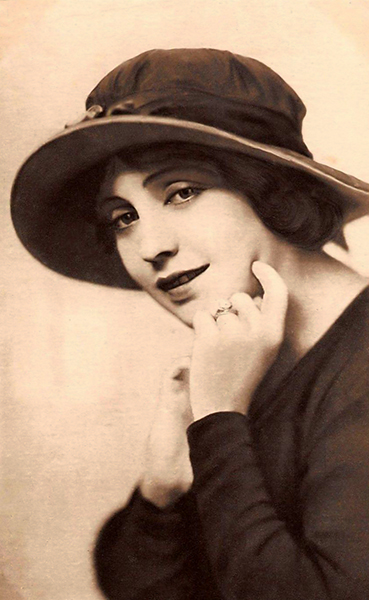 “You see, in the movies you are always doing something different, which is bound to keep up your interest. You never do the same things over and over again for forty weeks or longer. It is not hard to live a character in the moves as you go straight on with your story, but it is hard to live a character on the stage for three-and-a-half hours every day (and sometimes twice a day) in the week, every week in the month, for eight months at a time. If Sarah Smith is a drab part, she must not brighten up a bit; you dare not let the poor girl have one ray of sunshine in eight months. Just think of that – horrible! Or, if Nellie Brown is a gay butterfly, she must not droop her wings for an instant, no matter how she may feel. But on the stage you know just how long you are to be at work, and one can arrange one’s plans accordingly. In the movies, you never can tell.” — Mildred Manning 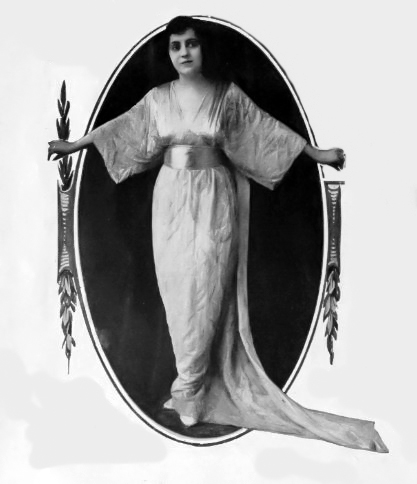 “You know what I wish the movie managers would do – I wish they would feature the horse; not as they always do, speeding a-mile-a-minute across the screen, but show us something of their intelligent, affectionate qualities.” — Mildred Manning 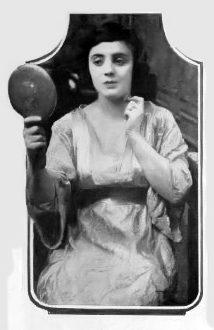 “I had been using a different makeup for the stage, a nice pink-and-white one with plenty of rouge, which is quite wrong, as we use no rouge in the pictures. At the time I was under Mr. Griffith’s direction.  He wanted an even cream shade. Since then I have tried many makeups, but I always return to the first, the one Mr. Griffith taught me.” — Mildred Manning 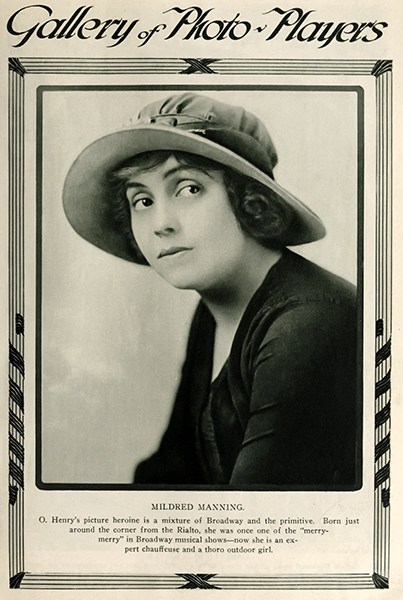 “Fate destined me to be an ingenue, but I just wouldn’t believe in fate. If I couldn’t do anything but wear curls and go through all the kittenish movie ingenuisms, I’d rather – Well, anyway, I just wouldn’t. Why I put those doll-faced ingenues in the same class with those pretty leading men.” — Mildred Manning 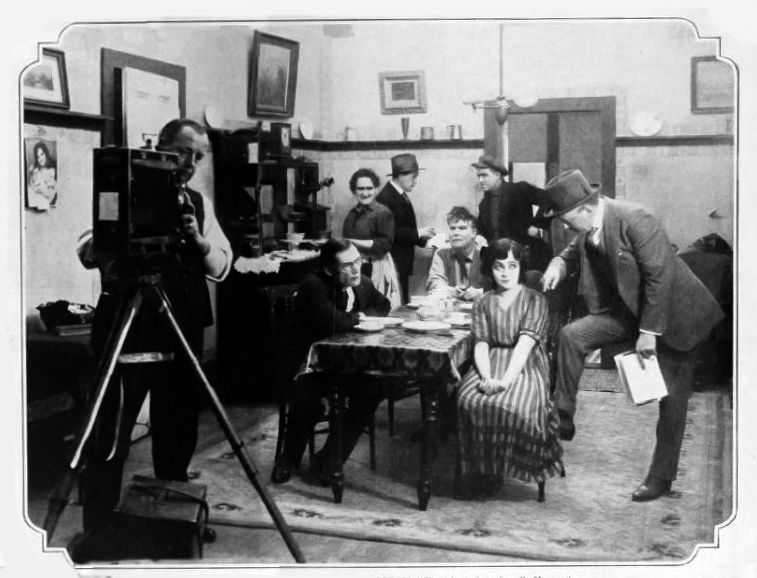 “When the Vitagraph company gave me the O. Henry stories to play I felt that my chance had arrived. Scenario writers are still much too concerned over the action of the photoplays to bother about characterization. They give a player nothing to work with. But O Henry! He crowded a thousand flashes of characterization into a 2,000 word story. It was bully fun playing O. Henry.” — Mildred Manning

Photo: Director Thomas R. Mills instructing Manning on the set of The Marionettes (1917)