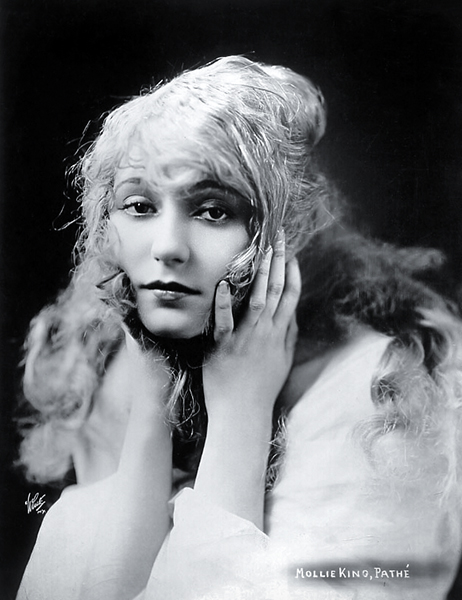 “I suppose that some day I’ll be married, and have a home, for it’s in every woman to love love, whether she ever finds her ideal lover or not. I think the tragedy of home-life today lies in the lightness with which married people treat their domestic ties. To keep a home intact means fighting for it. I know lots of husbands – and I guess you do, too – who would be perfect if they would exercise a little patience with their wives, and I know lots of wives who keep their little ships of happiness off the rocks if they would only remember that their husbands are working hard for them, and are to be humored and treated with consideration. Marriage is give and take, and I shall never marry until I am sure that the man who becomes my husband is willing to keep things balancing in our house and humor me when I’m bad just as I’ll humor him when he’s cross and tired. Professionally, the dreadful thing about marriage is separation. That’s what the picture business is wonderful for: it gives the actor and actress a home, and their children can really grow up with them.” — Mollie King 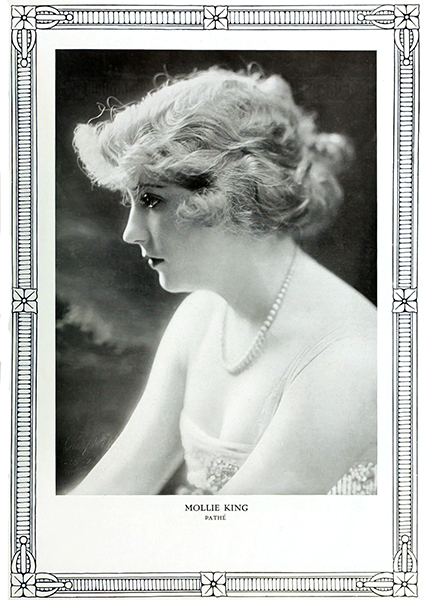 “Mollie King…had a stage career of several years, though she was born only as long ago as 1898. She was in vaudeville at the Winter Garden in New York when the opportunity to go into the films came and she grabbed at it. She has been working in Pathe companies ever since.”  — Reno Gazette-Journal (1917) 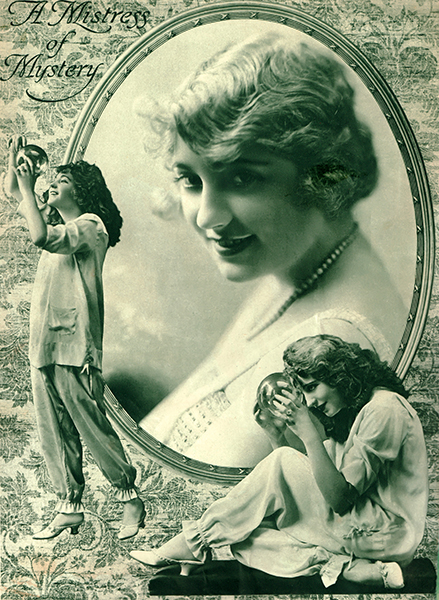 “After leaving school, I acted as an understudy for Elizabeth Brice, in the musical comedy ‘The Winsome Widow,’ playing the star’s part on many occasions. I was then 15 years old. Afterwards I played a season in vaudeville with my sister Nellie, filled an engagement with the passing show at the Winter Garden, and then supported Sam Bernard in ‘The Belle of Bond Street!'” — Mollie King 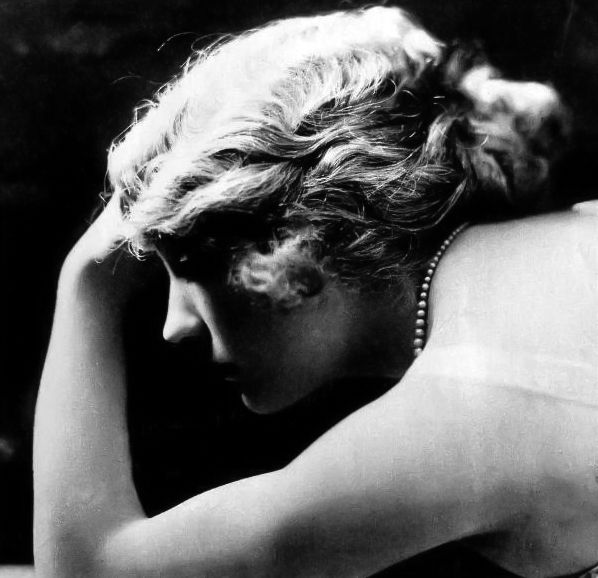