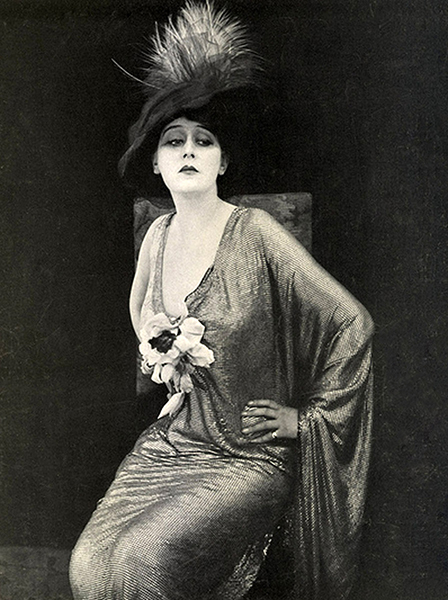 “You have never seen a film in which I took part. Fate willing, you never will.” – Olga Petrova 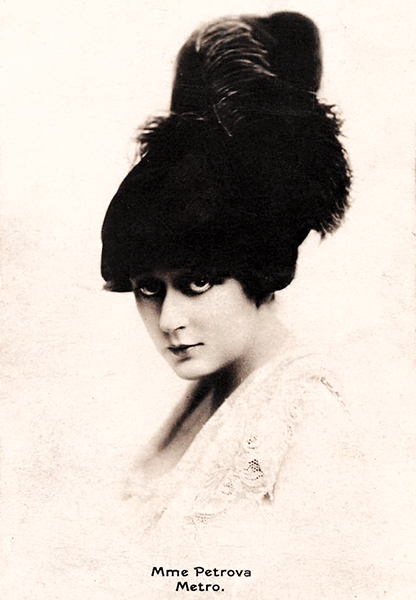 “There is little to be learned from a happy, romantic life.” — Olga Petrova 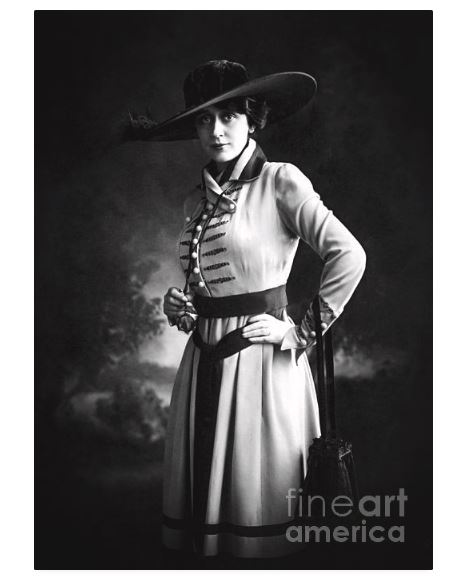 “The tragedy is ever greater than the comedy. Would you trade Hamlet for Falstaff, Macbeth for the Dromios, Jean Valjean for Mr. Pickwick, a Madonna for a cartoon from Punch? We must go down into the deeps of existence, if not to learn the dangers, at least to realize our own good fortune.” — Olga Petrova 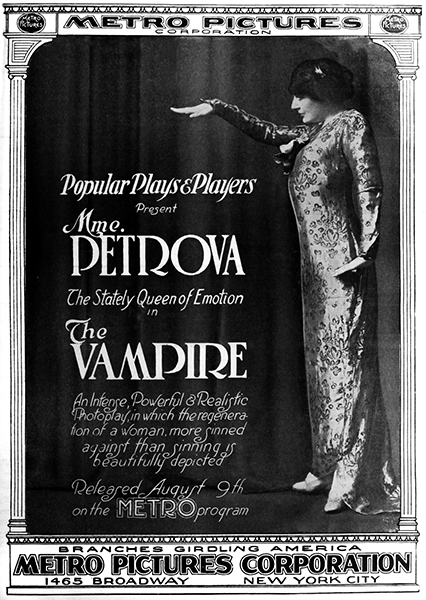 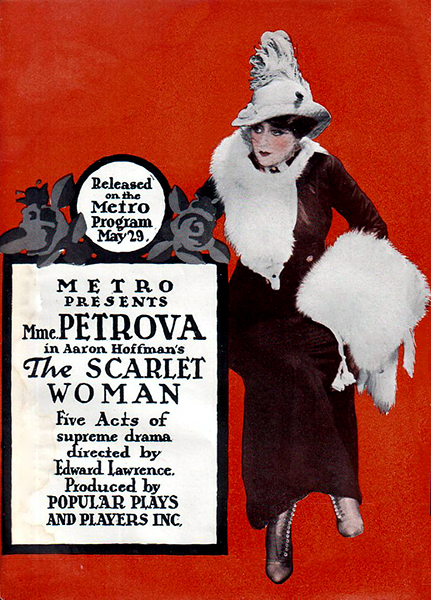 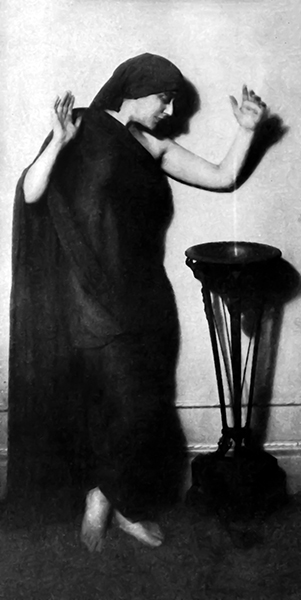 “The world today is engulfed in mockery. The people mock at the institutions they have themselves created. They poke fun at their political leaders in cartoons. They make jokes about the war, even. And if we want to find real religion, real devotion to the established religious ideals, we must go to India, China, Japan. The world is spiritually hungry – starving. I believe the moving picture can bring to these millions something tangible upon which to build a hope, a new faith.” — Olga Petrova 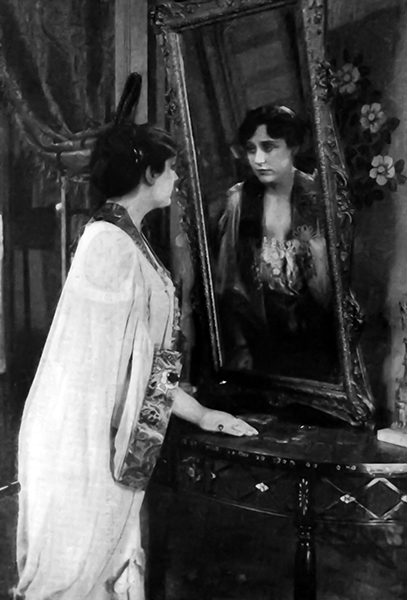 “I want to portray strong women. I do not mean by a strong woman one who is merely persistent in saying ‘No’ to temptation. That can be either strength, stubbornness, or cowardice. The strong woman is she who, having said ‘Yes,’ goes through with it unflinchingly. When unexpected developments arise, when the day of payment comes, when she suffers, she does not whine and cry, ‘I couldn’t help it. It wasn’t my fault.’ She stands erect, and says, ‘Yes, I did it. And in similar circumstances, I would do it again.’ Isn’t that what a strong man would do? And shouldn’t women be as strong as men?” — Olga Petrova 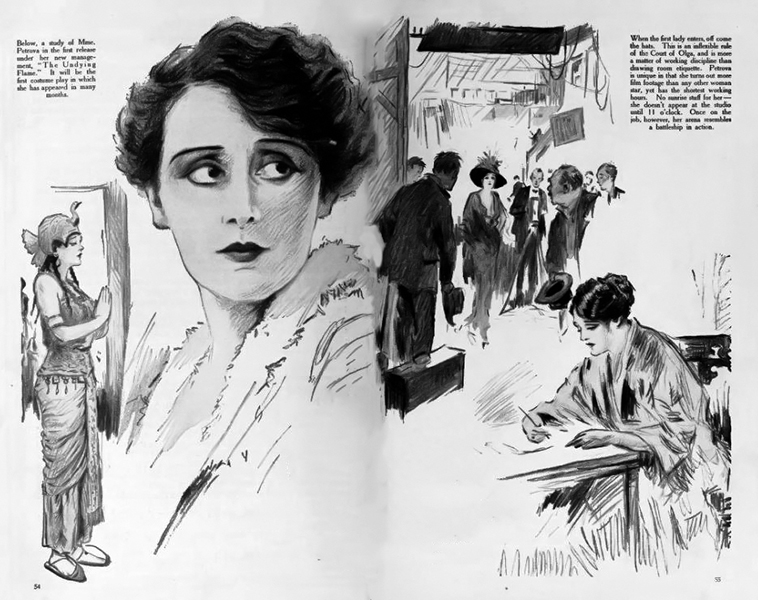 “I am a feminist. By that, I do not mean that women should try to do the work of men. They should merely learn to do their own work, live their own lives, be themselves, with all the strength that is in them. They should not be clinging vines, blaming men for all the ills that befall them, and forced to acknowledge men as the source of all their good fortune and happiness…. Mind you, I have no quarrel with the delightful, conventional leading woman or pretty little ingenue. They are all charming. The world always will seek entertainment from such types because they reflect the commonest of desires. But I do not believe that plays in which such characters predominate can ever serve to allay that spiritual hunger of which we were speaking. They lead us nowhere. They merely tell us what all thinking persons know is not true – that in romance there is happiness, and that the supreme events in life are usually accidents. Nor do they work any harm since, for the very reason that they are romantic and not real, they do not establish false values. They just entertain and charm us…. And pray do not imagine that I am so blind as to think that I have overcome the thing I am criticizing.” — Olga Petrova 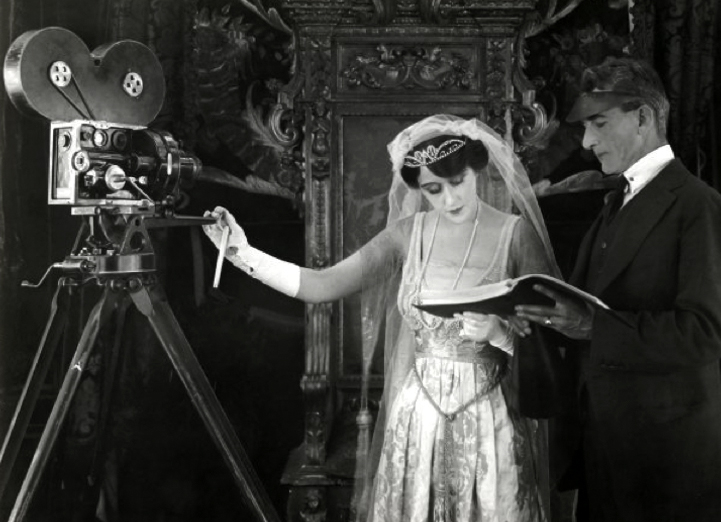 They hunted, and I hunted, for stories, stories, stories. In sheer despair, I began to write my own. They were far from my ideals. I didn’t write because I thought I was turning out masterpieces, but because no one else was doing so, and I was actually forced to provide something approaching what I wanted. And now that I have my own company, it is still harder. Formerly there were scenario departments with several readers, constantly on the lookout for material. Now I have to do it all myself. I read, read, read – until I feel that I must go blind.” — Olga Petrova 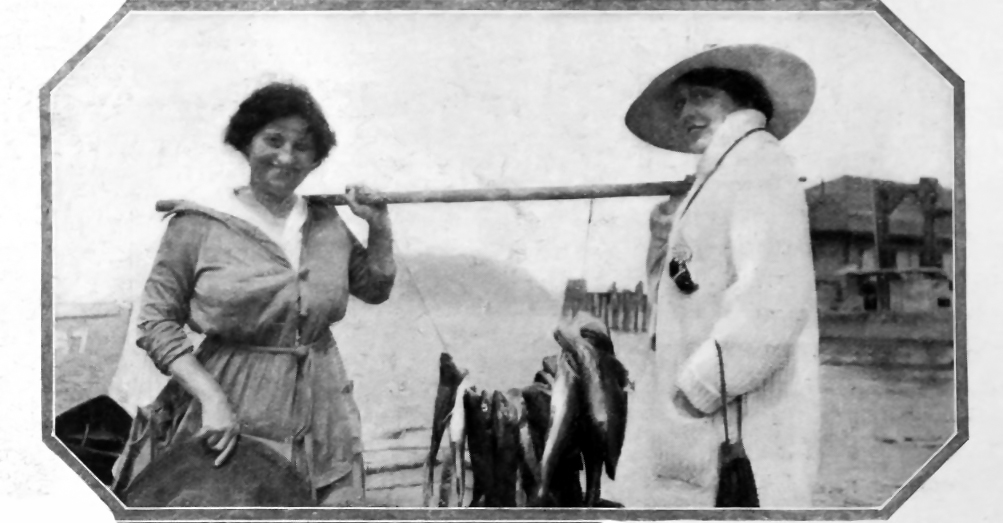 “Last summer I went to Maine for a vacation. Mrs. Clifton, my scenario writer, was with me. We thought we were going to have a fine rest, but neither of us could escape the haunting thought that soon I was to begin on my first independent production, and we had no story. That ghost followed us through the woods, across the lakes, and grinned horribly at us out of the stars. Shall I tell you a fishing story?…. Mrs. Clifton and I were out fishing one day, with fair success, but Mrs. Clifton was determined not to go back until she had caught at least one big one. I had decided to rest on my laurels and was leaning back in the boat, thinking again of the necessity of getting a story. An idea began to evolve in my mind, and I concentrated upon it. At last, it seemed tangible enough to talk about….Mrs. Clifton gave a little cry of delight, and then of dismay. In her excitement and eagerness to hear the story, she had dropped her rod into the lake, and she assured me that she had just had a bite so vigorous that it could have meant nothing less than the biggest fish in the lake. But it did turn out to be a story after all, and perhaps the fish wouldn’t have been so big when she landed it.” — Olga Petrova 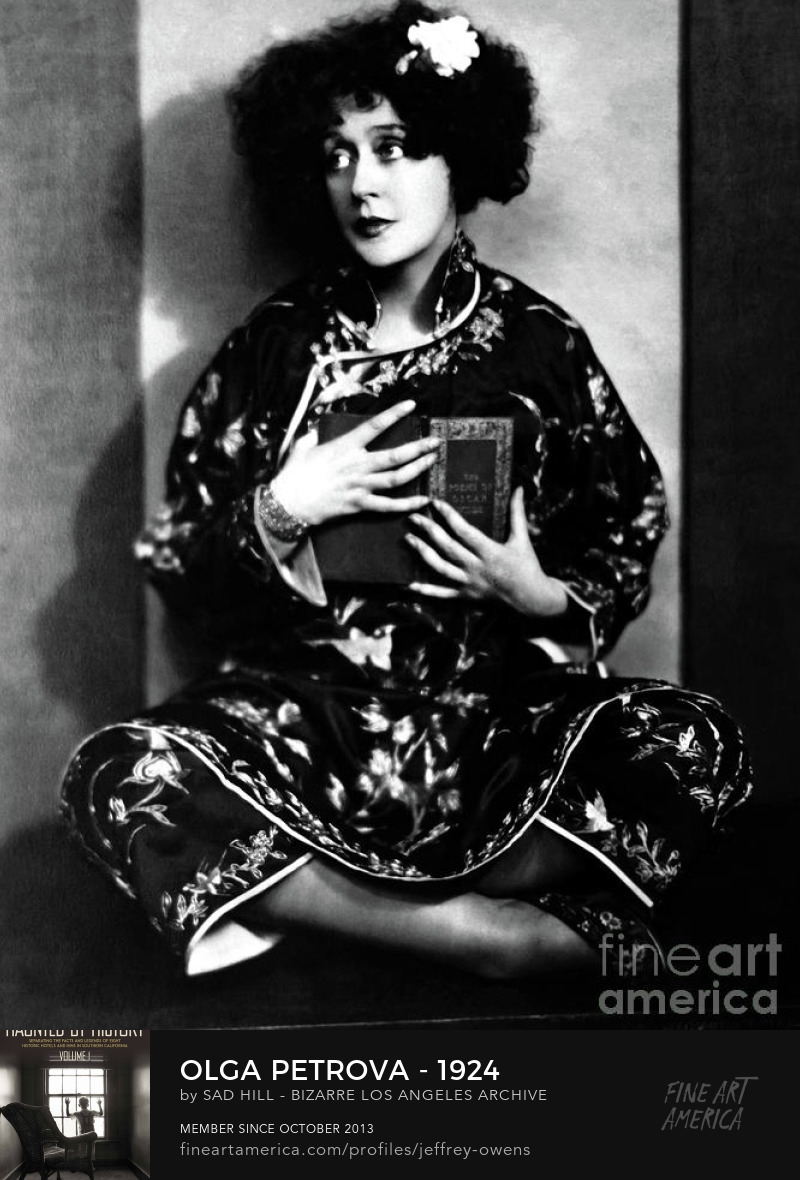