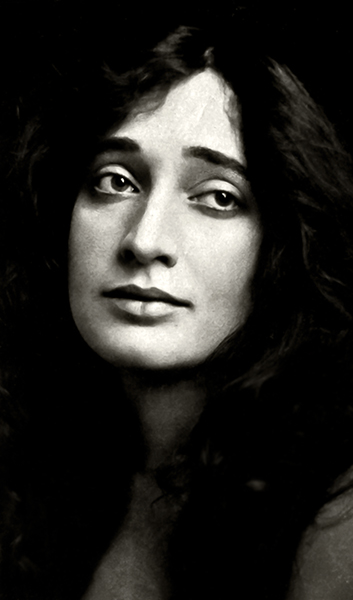 “I will frankly confess that I started as an ‘extra,’ too. Oh, yes; I was one of those white-capped-and-aproned maids that answer every time a bell is rung, and help the star on with her wraps and so on. It seemed a terribly long time that I was playing small ‘bits’ and, truth to tell, I was becoming discouraged with the prospect of ever convincing anyone that I could do better. But all the time the officials back East in the company’s office seem to have been watching me on the screen, and one day a telegram came, telling the director to put me in ‘stock,’ which meant that I had a permanent engagement. Then the ‘Mysteries of the Grand Hotel’ came along and I was given a chance to star.” — Ollie Kirkby (1886-1964) 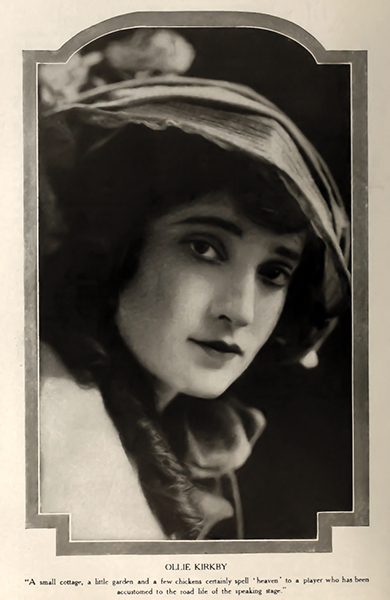 “When the Kalem company asked me if I would be willing to be transferred from the Los Angeles studio to Jacksonville, I thought that it never would be possible to say goodbye to the dear Pacific Coast. But I read some of the scenarios…and saw what pictures they would make and what a wonderful opportunity they would give me, so I decided to take the leap. And now that I have been here for a few months, I don’t know what to say. Certainly Jacksonville could not be any nicer, and, of course, there’s no place like California, what is a poor ‘native daughter’ to do?” — Ollie Kirkby 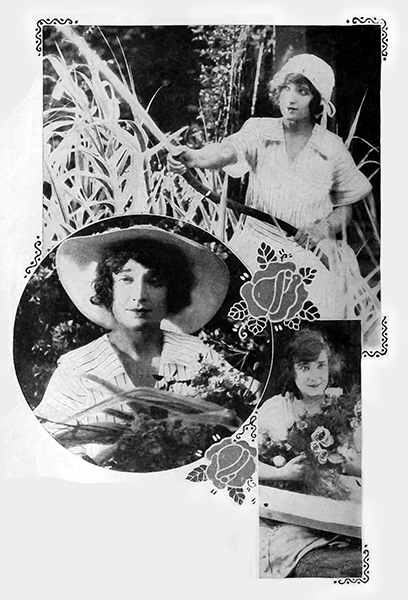 “One reason I have not minded the change is this little home. I hated to leave my Glendale bungalow, but I think, if it is possible, this is even more likable. Every once in a while the players gather here, and we have teas and wonderful times. You know, the Kalem Company here in Jacksonville is just one big family.” — Ollie Kirkby 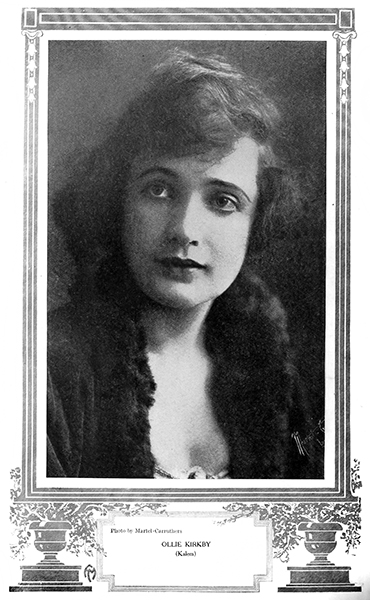 “Ollie Kirkby is not on the stage at present. She is the wife of George Larkin and as they have two lively young sons her time is entirely occupied for the present. I cannot say whether or not she contemplates returning to the screen.” — Questions and Answers Dept., in Co-operation with Associated First National Pictures in 1921.