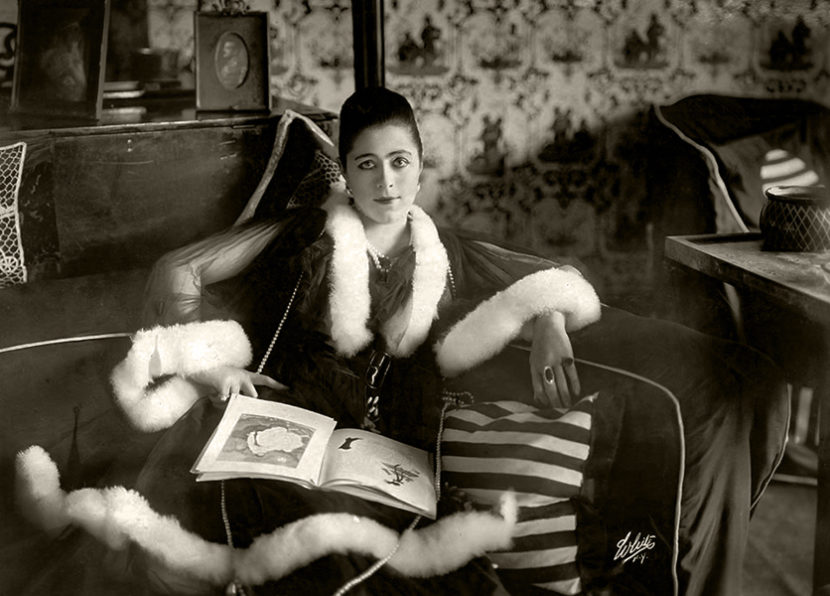 “I told Mr. Lasky that before he and the other photoplay producers got through, they would find that they would be depending on vaudeville for their best talent. Vaudeville is crammed with individual genius. Every person on the Big Time is a highly trained specialist. Unfortunately, it is of course apparent that the same cannot be said of the dramatic stage from which the producers are now drawing the people whose names they are using to attract the public. Vaudeville is sure to dominate the studios eventually.” — Valeska Suratt 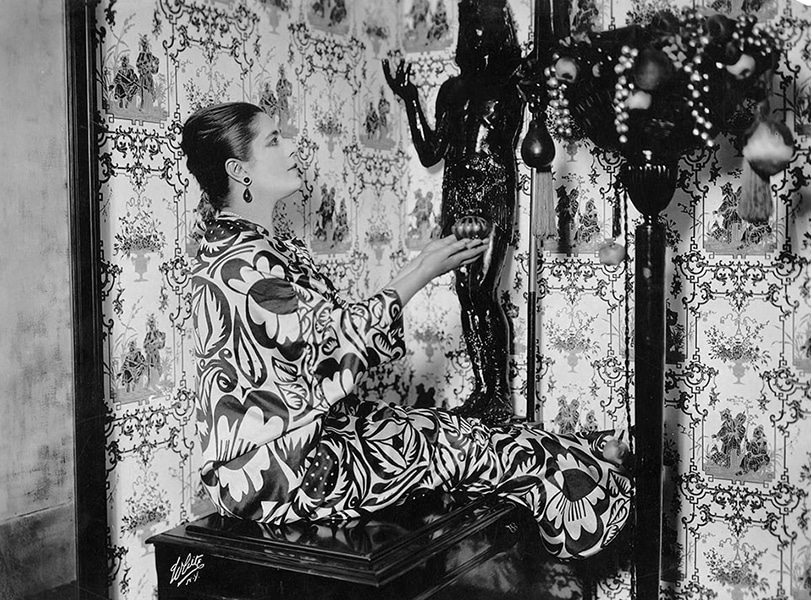 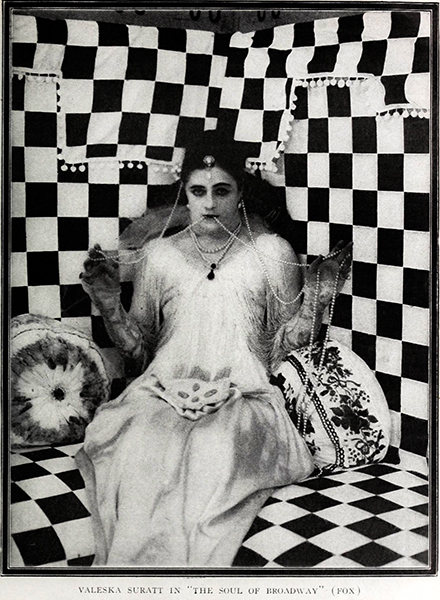 “I don’t mean I can cook, because I can’t very much. But, if I married a poor man, I could learn, and I would cook something besides bacon and eggs, too! I have my French cook whom I have had eleven years. That’s what I have her for – to do the cooking. But I love my home and everything about it. Mother and I had our home together as long as she lived. I am alone now, but I could not live without a place to really relax and rest in. My home is the biggest comfort in life to me. Do you like my living room, and isn’t it refreshing?….It was the first black-and-white room in New York. I designed it all, and made most of the cushions and draperies.” — Valeska Suratt 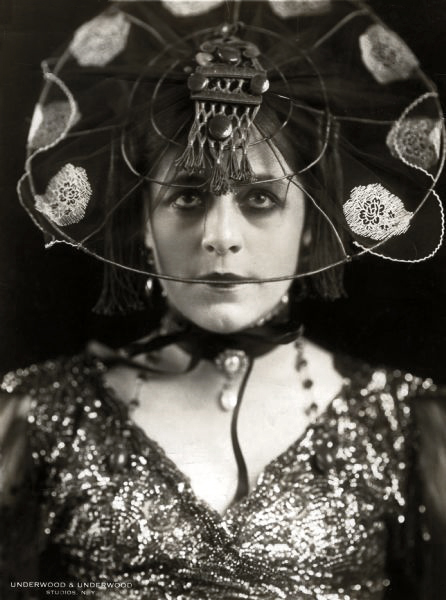 “I also design all my own clothes. In fact, I can sew to some advantage, too, and I can trim my own hats. I keep two women busy with my clothes, but that belongs to my work and aside from my work I have very little time for anything else. My life is just work, and then home.” — Valeska Suratt 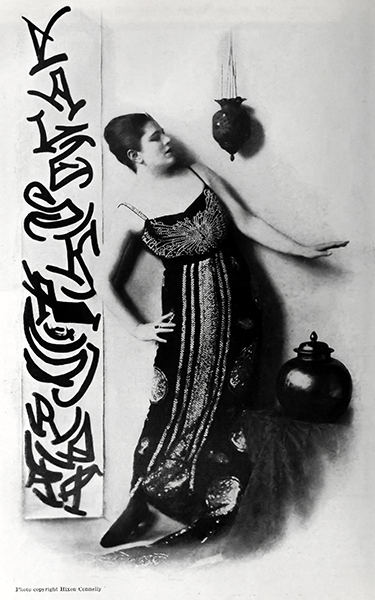 “Do you know, I don’t believe I was ever stage-struck. The theater never really got me and held me as it does so many. I had a natural stage presence. I stayed with it for years but it never penetrated very far into my private life.” — Valeska Suratt 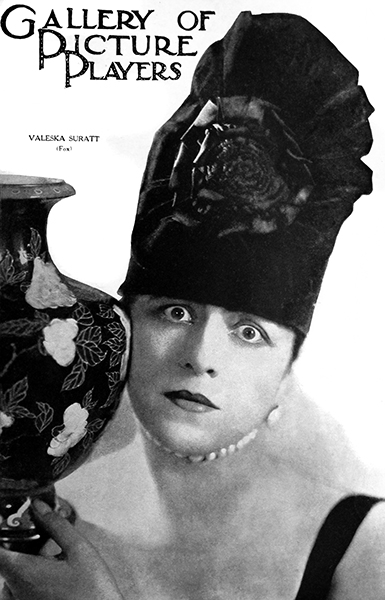 “Men never liked the vampire type; they never fell for her. To catch a man you must be less wise than he, in appearance, at least. You must be subservient to him in your ways and must be deferential. Men like cuddlesome women, and the sort that look at them out of baby-blue eyes and say: ‘Oh, you’re so wonderful!’ or ‘so masterful’ – you know, that sort. It flatters them. They puff up and think how nice it would be to have that sweet little kitten around the fireside and the first thing you know, they do have her, while the sturdy, strident, assertively vampirish thing is still wondering how he got away.” — Valeska Suratt 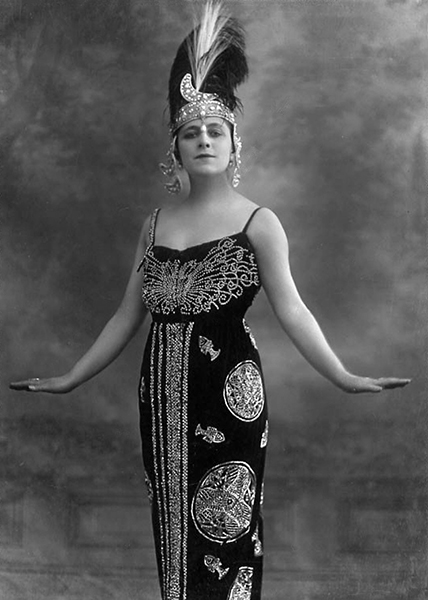 “So I – I who have played vampires till I know them by heart – I say to the girls: ‘Put some clothes on! Cover up your legs and your arms; and let your ears breathe and your eyebrows grow. Veil your loveliness in filmy, misty good that glimpse, but do not disclose. Let a hint of a leg entrance, now a boldly exposed one simply passes unnoted. Let the soft fullness of a neck enthrall and entice where now it only sunburns. Be feminine; not unsexed.’” – Valeska Suratt