“I was looking for plays – fairly desperate because I could find nothing that suited me. I saw some of Miss Loos‘ work and said, ‘There’s the thing I want’….You must admit that Miss Loos is a wonder at titles. She is rather young to be called a mother, but I call her the mother of comedy titles.” — John Emerson 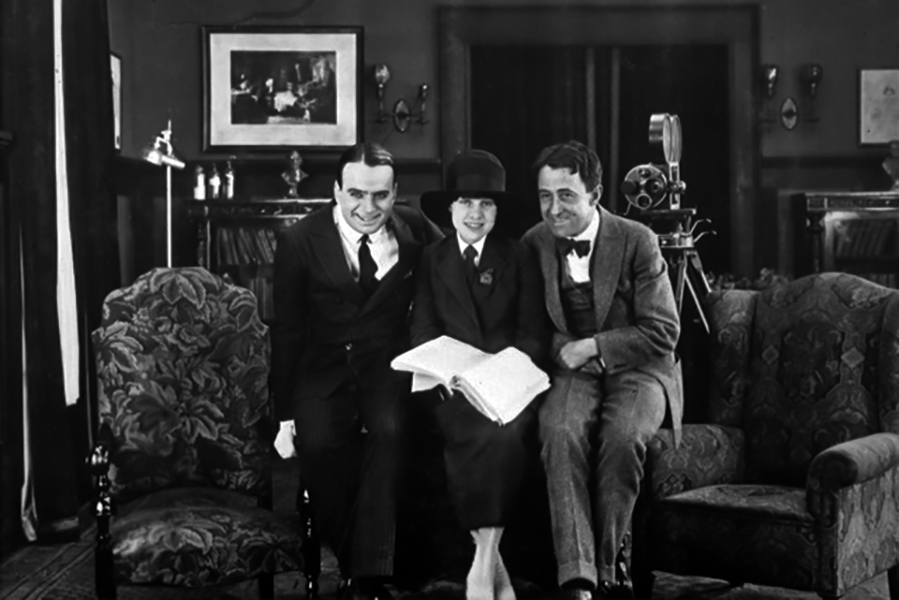 “Of course we liked Mr. Fairbanks and regretted leaving him, but the real reason, speaking for myself, was that I wanted to get away from California. I never felt well there. I was never myself. ‘Perpetual sunshine’ sounds very poetical, but it isn’t – it’s too hot to be poetical. It gets on your nerves and gets you eyes ‘on the blink,’ and you long for just a few hours of gloom. It fades your clothes, your good disposition, you energy and ambition – even your morals….There really are beautiful roads, and you get in your car and think now surely this road must go somewhere – but it doesn’t. It’s like Raymond Hitchcock’s song, ‘All dressed up and nowhere to go’….If you ever get to the place where you care no more about the ‘pep’ or ambition, and want a place to live cheaply, a little bungalow, a little Ford, some kind of society to belong to, a new kind of religion – in short, a place to die in – California’s a good place to go. But, – never again!” — John Emerson

Photo: With Douglas Fairbanks Sr. and his wife, Anita Loos. 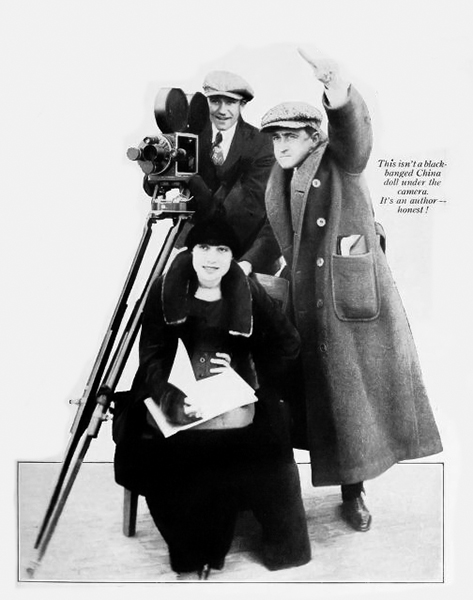 “We expect to provide a series of photoplay dramas for release by Paramount, known as the John Emerson and Anita Loos Productions. These plays will carry out the idea, ‘The play’s the thing.’ The play will be the feature. We will choose a good cast, but there will be no stars at enormous salaries. Too much money is spent on stars and too little on the production of the picture. So many of the plays written for the big stars don’t suit them. Too many managers and directors think and say, ‘It doesn’t matter so much about the play; he or she will get it over.’ That’s a mistake. Intelligent people don’t care about the star – it’s the play itself they care about….We are glad of the chance to try it out, backed by an organization that will give the proper artistic attention to the needs of our productions. Our plays will not be stage plays or novels adapted to the screen, but strictly individual, high-class satirical comedy. And now er shall do our best to demonstrate ‘The play’s the thing.'” — John Emerson