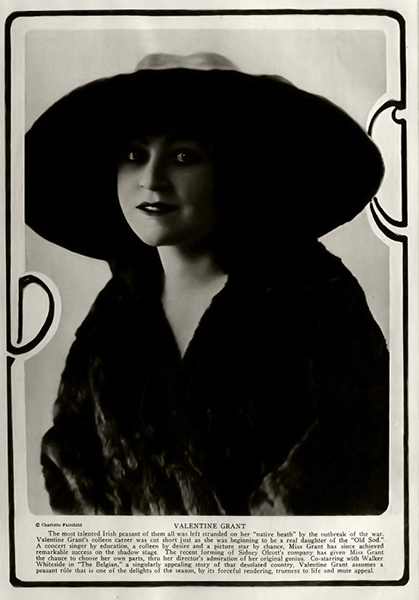 “I left Seattle and came to New York to study singing. I used to do concerts for the four hundred, but my ultimate aim was grand opera. It happened that I caught a bad cold which developed into grip. Just at that time I met Mr. Olcott, who was organizing a company to go to Florida. Mr. Olcott, you know, was the first famous director to take his companies to real locations. Well, I was bemoaning my fate to him because I was held up with a cold and couldn’t sing, when I had at last succeeded in obtaining an appointment for a trial with one of the big operatic managers. Mr. Olcott asked me, ‘Well, how would you like to go into pictures?’ I smiled. I had never had any time to consider Moving Pictures, and said, ‘What for?’ ‘Money,’ said Mr. Olcott. Then he went onto explain that he would give me leads at once. ‘But,’ I protested, thinking it all a huge joke, ‘I never had any experience.’ ‘That’s precisely the reason I want you. If you have talent and ability to interpret character correctly and can play a story as you would live it, you will a make a good picture actress. If you don’t make good, there’s nothing lost, anyway.’ Then he named a wonderfully inducing salary. I was not particularly thrilled, but took it all in a practical, calm way. At first, I looked at it entirely through commercial eyes. I took it as grasping an opportunity of bettering my condition in life. I didn’t realize that Olcott was one of the great producers in the business – Griffith was only hovering in sight then – until I saw some still pictures of Mr. Olcott’s ‘From the Manger to the Cross.’ Then I realized that here was composition that could have been posed only by the hand of an artist, a master artist. ‘I’ll go down to Florida with you,’ I said.” — Valentine Grant 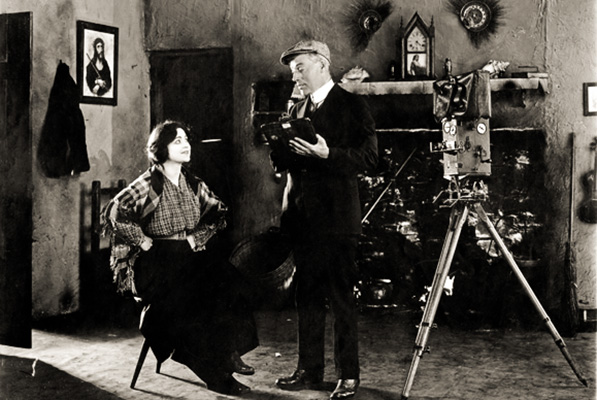 “In my first picture, I played a woman from 16 to 75. Perhaps you saw it, ‘The Mother of Men.’ The very first scene I ever acted was an old woman of 75. Mr. Olcott said that someone could substitute for the old lady part, but I said, ‘If you can make me up to look the part, I’ll do it. Someone might notice the lack of resemblance.’ It was the first of January and right cold, and I, made up as the old woman, wore only tattered and thin garments. ‘Why, Miss Grant,’ said Mr. Olcott, ‘you are actually shivering; you ought to put something warm underneath.’ ‘But,’ I protested, ‘I am meant to be shivery and hungry, am I not?’ He nodded. So I went on location that way and shivered and shook right naturally. At that time, I didn’t know that a picture actress should always look pretty, and the next characterization I did was of a little lumber-camp girl with my hair skinned back from my forehead, just like I had seen them back home. After that, we went to Ireland and Scotland to take pictures, and I specialized in correctly interpreting Irish lassies.” — Valentine Grant

Photo: With her husband Sidney Olcott in Ireland. 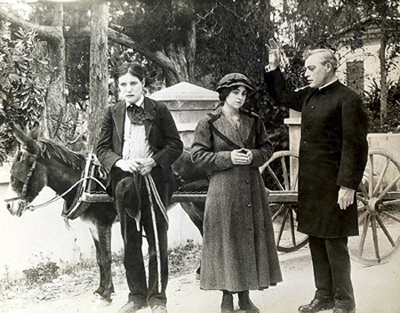 “There is so much in life that is clean, beautiful, and at the same time dramatically interesting, that I always impress on photo playwrights who write for me that that is the type of scenario I want. We have been surfeited with sex plays, domestic infidelities, vampires, and cheap sensations in general, and I believe the picture-going public thinks so, too. Wholesome plays are in demand, and they can be made just as interesting; and, for that matter, more so than the sordid, cheap and sensational melodrama. I always want to feel that any screen play I am in can be show to an audience composed entirely of children.” — Valentine Grant 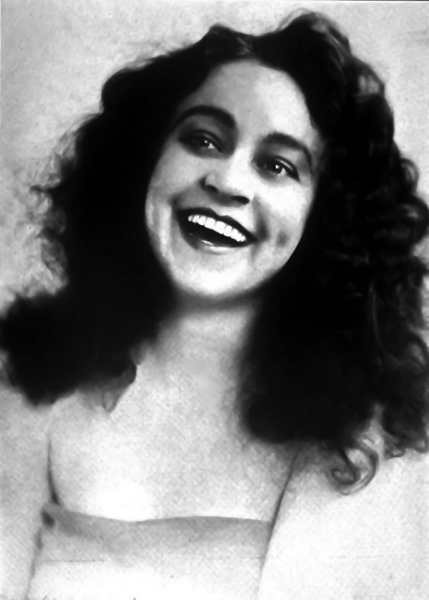 “You know, when Mr. Sidney Olcott and I decided to leave Famous Players, it was that Mr. Olcott might do bigger pictures, big subjects with universal appeal. We wish to make photoplays that will appeal not only to the masses, but to the discerning classes as well; and, by the way, you will find that that which pleases the cultured people will please the commoners also. We wanted to get away from the stifling deadliness of routine. A person cannot perpetuate an artistic photoplay on schedule time any more than a great artist can paint so many pictures in so many weeks, or an author write so many novels a year. Artistic, creative work cannot be run like a railroad.” — Valentine Grant 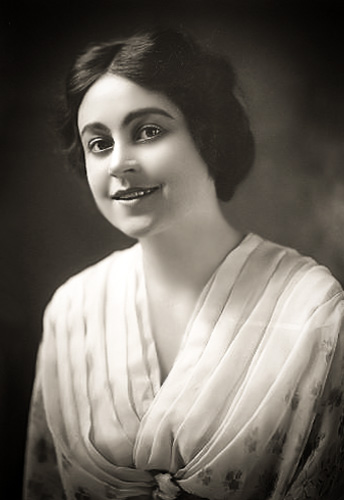 “From now on I want to do parts that call forth everything I have in me as an actress; but my first consideration is the picture as a whole; I wouldn’t allow anything, any personal feelings or differences, to intervene with that. When I am playing I make myself absolutely subservient to my director. It is the success of the picture as a whole, not personal glory, that I seek. One of the most difficult things in screen acting is to express emotion without making it theatrical. So many actors and actresses are filled with their own conceit that they can’t forget themselves. To be a real artiste in pictures, one must undress her very soul.” — Valentine Grant 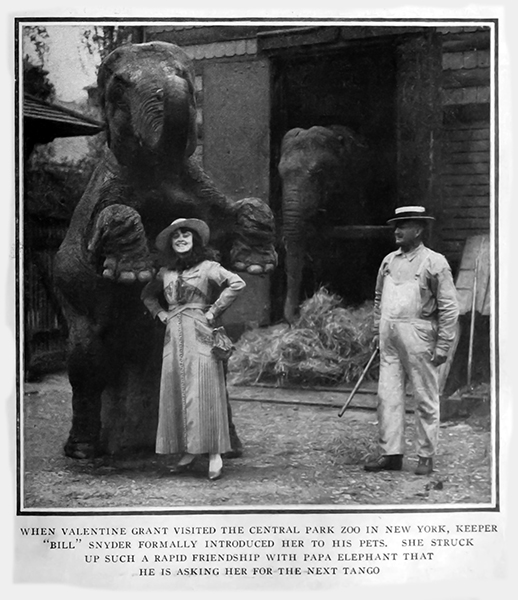 “When we become thrilled at what we do, at our puny accomplishments, we get the abominable characteristic in the world, egotism, self-centeredism, the worst sentiment there is. As for me, I have never yet done anything that came up to my standard of the really artistic. My thought is always, Next time I’ll do better.” — Valentine Grant

“My ambition is to be as really fine a picture actress as Maude Adams is on the stage. I want people to say of me in the future, ‘Valentine Grant never interprets two roles alike, never looks the same. Valentine Grant is the girl of a thousand faces.'” — Valentine Grant