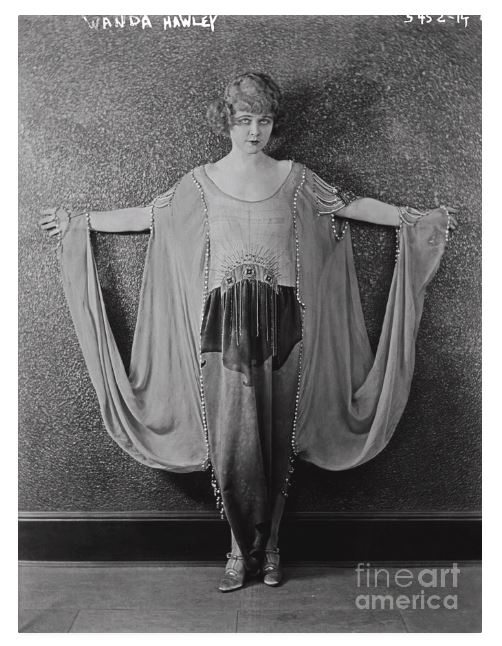 “I suppose it was inevitable that I should become a screen actress, though if it’s not heresy, I’d like to say that a musical career appealed more strongly to me. Ever since I was a child, I have been before the public, either as an accompanist for my brother who was a concert violinist, a church organist or as a vocalist. I have played accomplishments since I was nine years old.” — Wanda Hawley 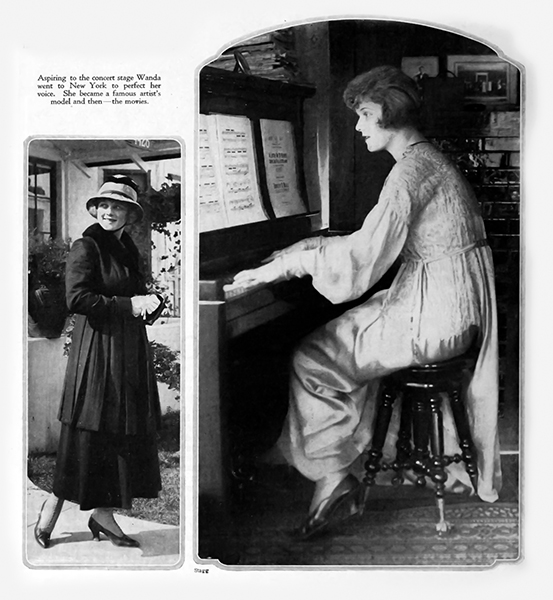 “When I first reached New York to perfect my voice, a high soprano, I was still thinking of a career on the concert stage. But it wasn’t very long before I arrived at the conclusion that musical comedy presented more opportunities and I eagerly accepted an offer to understudy one of the stars in ‘Chin Chin.’ I had already refused to consider a chance in the Follies. It didn’t appeal to me. Before I had progressed very far, however, I began having trouble with my voice, a sort of laryngitis, and had to give up musical comedy.” — Wanda Hawley 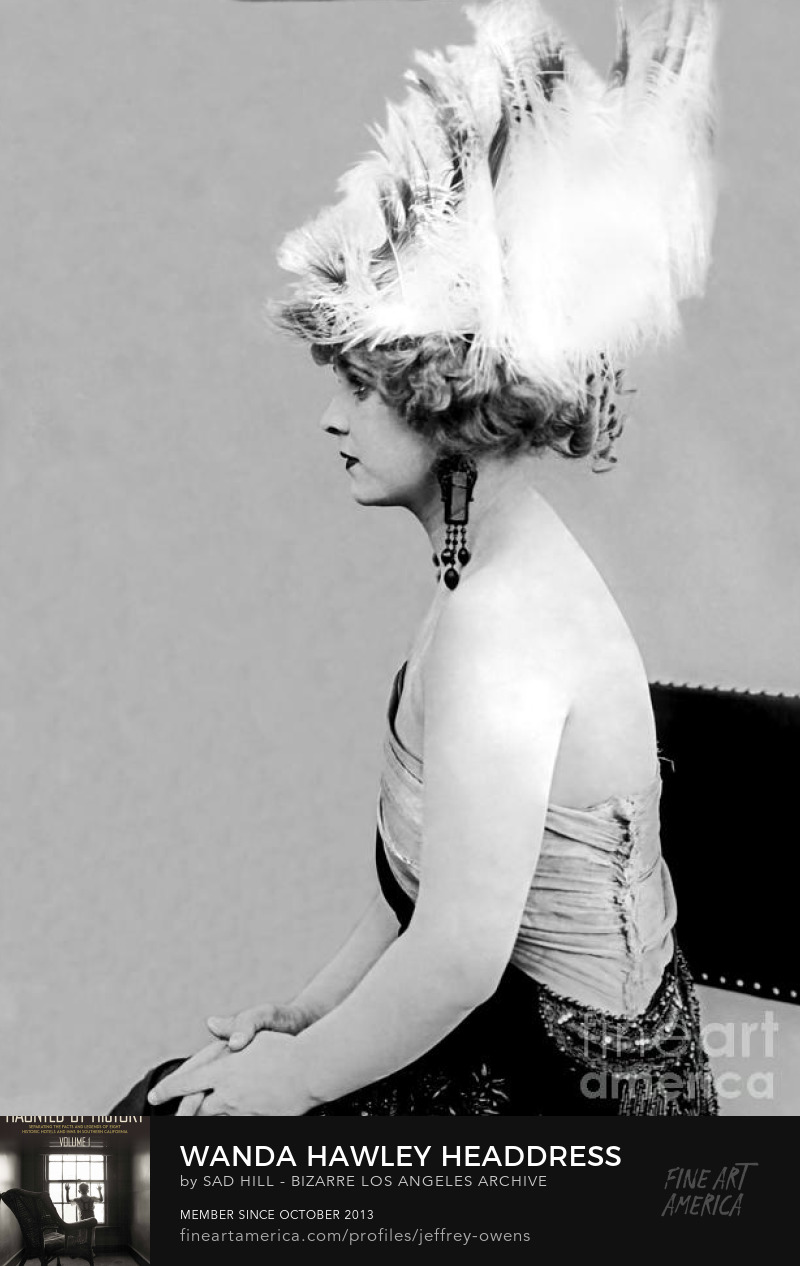 “Between times, I had posed for Mr. Leone Bracker, the illustrator; Mr. Hiller, and others, so it wasn’t long before the film people discovered me. Mr. William Fox offered me a splendid opportunity last March and I accepted it. I have been told that I have ‘made good,’ but I feel that there is a great deal of hard work in store before I can be regarded as a sure enough star. Why, for instance, I can’t ride a horse, and for the next week Tom Mix is going to give me daily riding lessons, so I can play with him in a big Western feature.” — Wanda Hawley 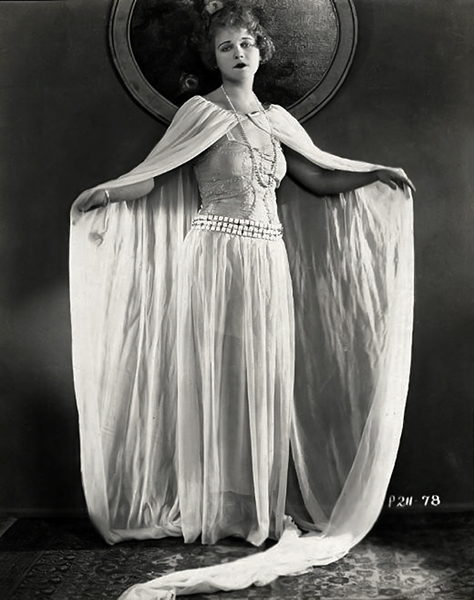 “I asked to have my contract cancelled because I got tired of being cast as a dumbbell. After four years of starring, I found myself being placed in all star casts, featuring the director. I was given smiling parts where all I did was to wear fine clothes and do no real acting. I couldn’t stand it, so I asked for a cancellation. We quit as friends, but I will never again sign a contract without specifying that I am not to be cast in dumbbell parts” — Wanda Hawley, on leaving Paramount Pictures. The cancellation of her contract was the beginning of the end for her career. 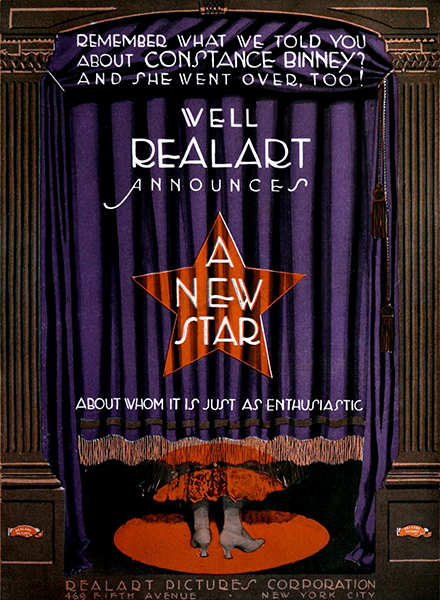 A Realart advertisement from 1920 promoting Wanda Hawley as its “New Star.” 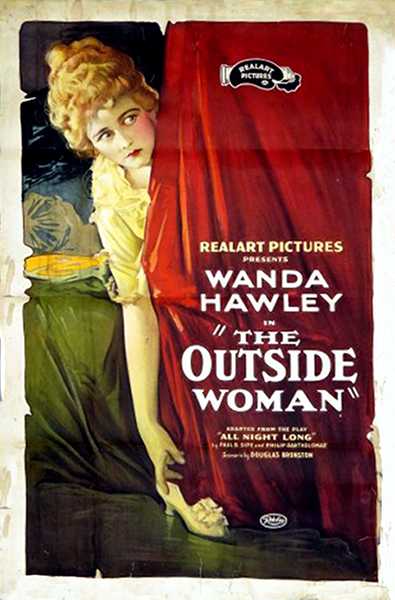