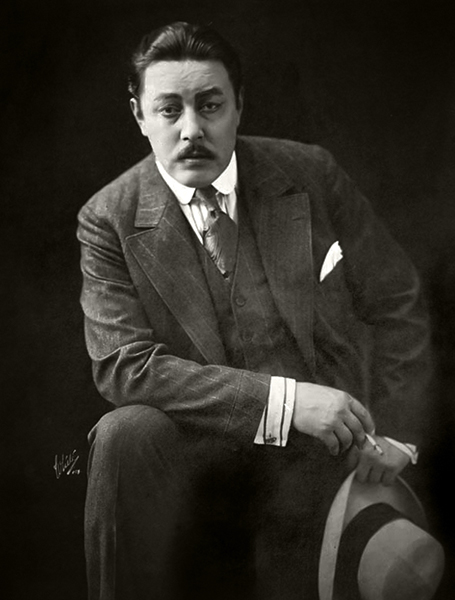 “When I was ten years old, my father apparently decided that he had had enough of the frozen north, and brought his family to America. Even at that age, my ambitions were definitely formed – I decided to be an operatic star. But, contrary to to the general reports circulated in Sweden concerning the Western Hemisphere, gold was not to be picked up on the streets. As I approached manhood, I realized that I would have to earn the money for my musical education, and reading about the big prizes offered in those days for bicycle races, I decided I would win a few of them. I didn’t. Next, I tried to go to Boston. That was the musical center. I arrived in that city with nine dollars in my pocket, no prospects of getting any more, and immediately spent three dollars on a preliminary music lesson. It was not long, however, before I had discovered that art must be sacrificed to appetite. I knew it would take years to fit myself for opera, under the most favorable conditions, so I dropped the dream, and accepted the next best opportunity – the dramatic stage. My first engagement was as a super in ‘The Christian,’ and while I had given up all hope of singing, it was singing that took me out of the super class. The stage manager, Oscar Eagle, asked us, one evening, who could sing ‘Jesus of Nazareth,’ the Gounod Christmas song. I could, and I did, and I’ve never been a super since. That was luck.” — Warner Oland 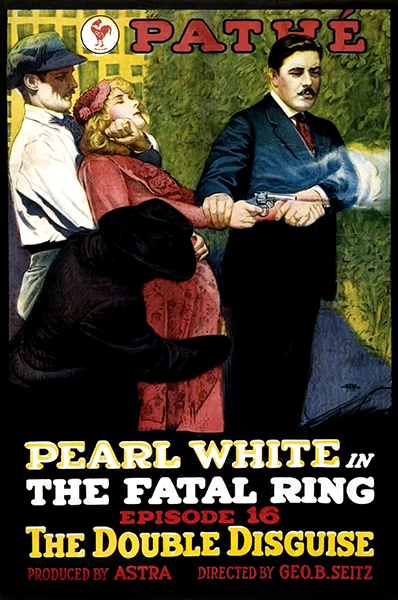 “If they don’t kill me off pretty soon in ‘The Fatal Ring,’ I think I shall do a little solo villainy, and make a close-up of myself committing suicide. I have no quarrel with serials – they have been very kind to me – but I am anxious to do something in which there is more opportunity for real characterization. I’m a bit tired of all this killing. Miss White‘s remarkable vitality has saved her in everything from being boiling oil to starvation, and I think someone else should a chance at murdering her. I’ve done my best. And it has been good experience. I have accumulated some valuable knowledge. The other day, I tried to kill Miss White with a pile driver, and I got the hang of the machinery so easily that the foreman told me he’d give me a job anytime. And there would be more money in it than going back to modern drama.” — Warner Oland