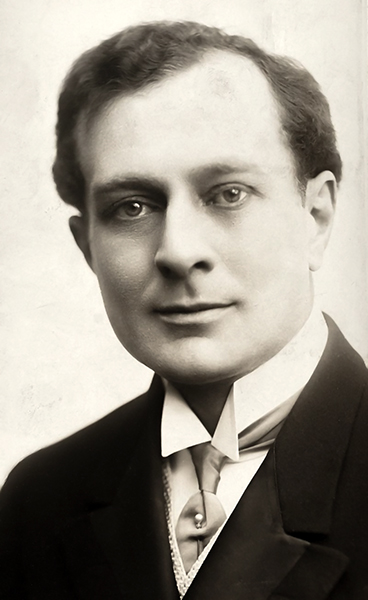 “I have never gone to college, haven’t any favorite flower, never did anything heroic, and know all my neighbors.” — Maurice Costello in 1912 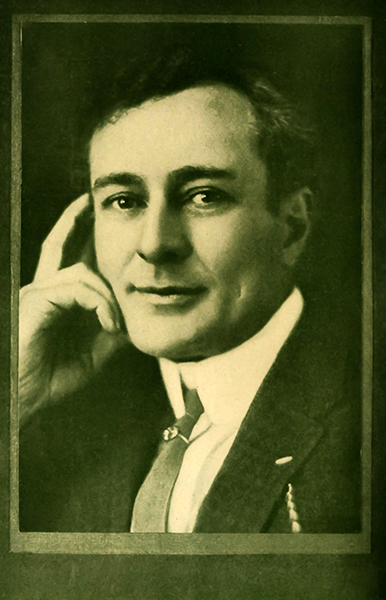 Q: Have you a nickname?

MC: Yes, known everywhere as ‘Dimples.’ …I was born with it.

Q: Where were you born, and when?

MC: In Pittsbugh, and I wasn’t old enough to remember the daye, at that time.

Q: What nationality are your parents?

MC: There is a good deal of misunderstanding on this point, but not on their part, for my mother is Irish, and father, Spanish-Irish.

Q: What interests you the most?

Q: Then you are married?

MC: I suppose I’ll save your inquiry man a lot of bother if I told you, but my answer is, ‘Guess.’

MC: Judging by my mail, I’m a leading suffragette.

Q: Do you personally appear before theater audiences?

Q: Have you ever been featires in the newspapers because of a heroic deed?

MC: Certainly; I was arrested once for speeding my auto. Otherwise, my heroic roles more than satisfy me.

Q: About how many parts have you played?

MC: I should say between 4 and five hundred. 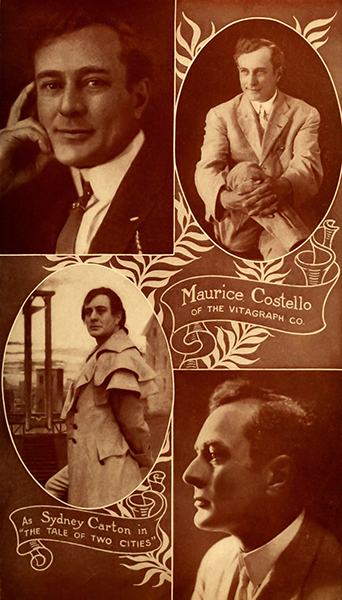 “I am five feet ten inches tall, and weigh 160 pounds, though this varies a little. In summer, we do a good deal of outdoor work, and then I feel like a prince. In fact, the more I can get of life in the open, the better I like it; whether it be walking, swimming, motor-boating, or any outdoor sport. Speaking of working out of doors, I had an experience last summer which called up all my physical fitness – and kept calling for more. We were making a picture entitled, ‘On the Wings of Love,’ in which it was my duty to climb to the top of a 30 foot windmill and rescue a woman supposedly in deadly peril. As a matter of fact, after I had climbed out on the frail wheel and taken her in my arms, the dangers became very real, and not stage business. The iron pipe axle of the revolving wheel slowly bent, and though I knew we were due for an ugly fall, I did not let go of her. We fell, all right – it seemed a mile. But we got off with a few nasty bruises. First time I’ve been a fallen hero.” — Maurice Costello in 1912 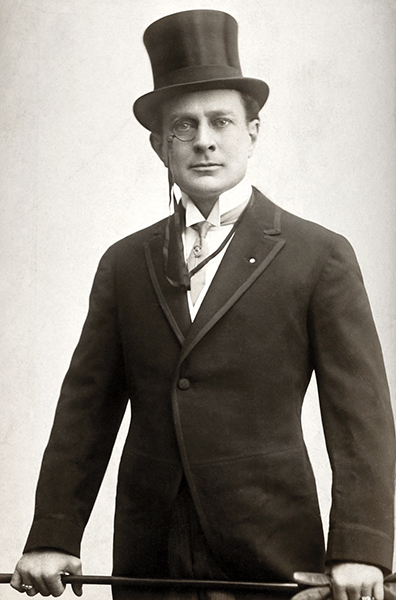 “I am sorry to say that I am not musically gifted. Don’t sing or play, but I’m very find of good music, and even poor music, if it’s well executed. And I think I like to hear the old engines singing smoothly better than anything else.” — Maurice Costello in 1912 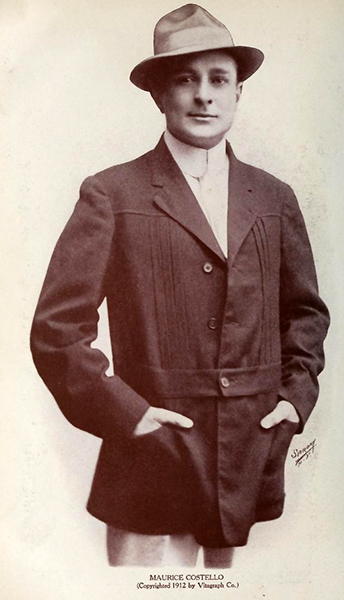 “It’s hard to give you my stage career in a few words, but I played, among others, with the Grand Opera Stock Company of Pittsburgh, the Nashville, York, and Columbia Stock Companies, respectively, and here in Brooklyn with the Spooner Stock Company. Before coming to the Vitagraph Company – my only Motion Picture connection, by the way – I played in ‘Strong Heart’ with Maude Fealy.” — Maurice Costello in 1912

“I would like to say that stage art has changed very much in Motion Pictures in the past three years. Then, the principal object was to work out the plot – let the characters take care of themselves. As a result, they were all very much alike. Now that we have character parts, much more careful study is required; an ability to express the part distinctly, briefly, truly, and eloquently or with appeal. These things – and each part requires a different shading of them – I endeavor to do as well as I can; for if a man, or woman, does not take absolute and feeling interest in the work, it would show itself as poor to the most uncritical.” — Maurice Costello in 1912

“I think I owe a good deal of my success to criticism, and I feel that appreciation is helpful, too. But I want appreciation only after the sternest kind of effort – perfunctory applause does not interest me. My oldest friend, and director, Mr. Van Dyke Brooke is, I am glad to say, my most severe critic. It was he that first showed me the possibilities of Motion Pictures, and since then, we have always worked together. But I feel that his harshest criticism is his friendliest.” — Maurice Costello in 1912