“The only people who didn’t like The Monkees were the French, and they don’t even like themselves, so what’s the point?” — Davy Jones

“By George, he’s got it! We’re spoofing. It’s Spoof City all the way. But we’re spoofing the Bronte Sisters.” — Davy Jones 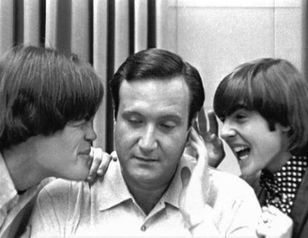 “They were the idea of the studio, who wanted to capitalize on the Beatles‘ `Hard Day’s Night’ with a weekly TV show built around the same kind of high-spirited hi-jinks. What they did was hold a cattle call and selected the four guys out of a thousand or so, based on their appearance, rather than any musical ability. The group was thrown together from scratch and then the studio gave them to me with full creative control to supply the music….The problem, however, was that only Davy Jones and Micky Dolenz had any professional musical talent, so we had to back them up with studio musicians.” — Don Kirshner, record producer

“For me David was The Monkees. They were his band. We were his side men. He was the focal point of the romance, the lovely boy, innocent and approachable. Micky was his Bob Hope. In those two – like Hope and Crosby – was the heartbeat of the show.” — Michael Nesmith
Source: Andy Greene, Rolling Stone (2012)

“Those little girls like us. My fan mail is 2,500-letters-to-one for each of the other guys in the group. A lot of kids thought I was a girl when they first saw me in concert. I get fan mail written in crayon from 6-year-olds saying, ‘Please come over for dinner to my house sometime.’ I’m no threat to them. I like it.” — Davy Jones

“The Monkees, my goodness, look at the songbook! I am amazed at the quality of it. Since I had almost nothing to do with the songbook, I can look at it and say, you know, it’s right behind the Stones and the Beatles. It’s very close. We had Neil Diamond and those great Boyce & Hart hits, wow.” — Peter Tork

“When it became a band, or when it was a TV show, or when it was this, or when it was that, it’s sort of moot. It’s very unique at the time. Not so much now. You’ve got shows like ‘Smash’ and ‘Fame’ and a lot of Disney shows where the kids sing and dance and play and go on the road and tour. But back then it was unheard of.” — Micky Dolenz 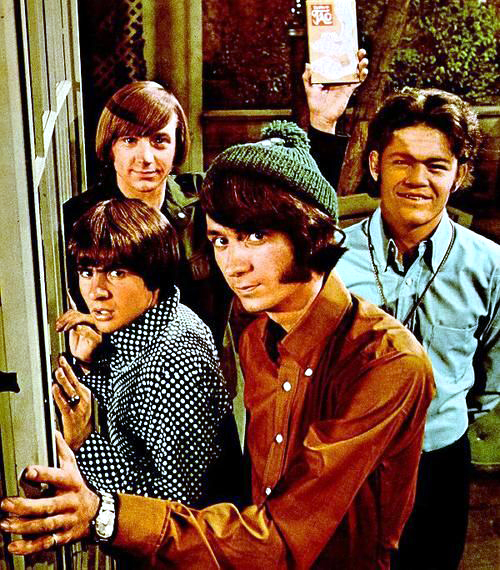 “My sense of The Monkees has stayed fairly consistent over the years. The Monkees belong to the people and the fans and not to me — and I don’t think they ever can be a part of me in that way. I am forever grateful and happy for the association and feel it is positive and beneficial in my life. In the context of my overall career The Monkees experience is a substantial and welcome part of the puzzle.” — Michael Nesmith

“The fact that they made the music around me and without me was much to my chagrin. I was very disappointed about that.” — Peter Tork

“Once you’re in, you’re in. It’s like the Mafia. Once a Monkee, always a Monkee.” — Davy Jones

“In some ways, my attitude was always very paternalistic toward The Monkees. Davy got tired of being called a band created by the establishment, which is indeed the subject of ‘Head’: what it was like to be used and misused, to be cavalierly treated. That’s why I made the movie. So I always had this paternalistic attitude about The Monkees and their having been my creation. At the same time, I felt very fraternal about them because of the similarity of our ages. We used to hang out quite a bit together socially. When The Monkees were done–after we were done with ‘Head,’ and after some of them decided to break up–we continued to see one another.” — Bob Rafelson

“Don’t forget that by the time Head came out The Monkees were a pariah. There was no confusion about this. We were on the cosine of the line of approbation, from acceptance to rejection – the cause for this is another discussion not for here – and it was basically over. Head was a swan song. We wrote it with Jack and Bob – another story not for here – and we liked it. It was an authentic representation of a phenomenon we were a part of that was winding down. It was very far from suicide – even though it may have looked like that. There were some people in power, and not a few critics, who thought there was another decision that could have been made.  But I believe the movie was an inevitability – there was no other movie to be made that would not have been ghastly under the circumstances.” — Michael Nesmith

“I can remember when I first saw [the Circle Sky musical number in Head (1968)]. I was so disturbed by the footage; it was so graphic, and having it blown up on the big screen. The execution of that man…which now you see every place…but at the time, seeing that on the big screen as an image over one of my songs was really shocking. I was extremely anti-war; I really thought the Vietnam War was a serious policy mistake, not to mention a moral and humanitarian mistake. So [in that sense] I was happy.” — Michael Nesmith

“[Head (1968)] seemed to indicate you can’t get out of the box. That was, I think, the message of the movie, which I think is a poor message. I’ve seen the movie several scores of times and over and over I go, ‘When do we get out of the box?’ And the answer is, you don’t.” — Peter Tork 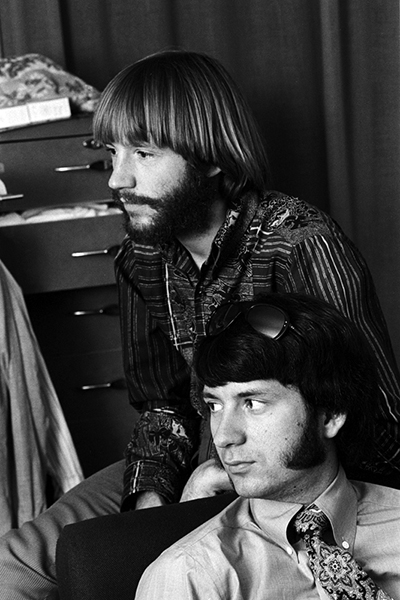 “Here’s my two cents: I never liked Peter and he never liked me. So we had an uneasy truce between the two of us…As near as I can tell, among his peers, he was very well-liked…But we barely had a civil word to say to each other. ‘Hey, Pete.’ ‘Hey, Nez.’ And that was it.” — Mike Nesmith 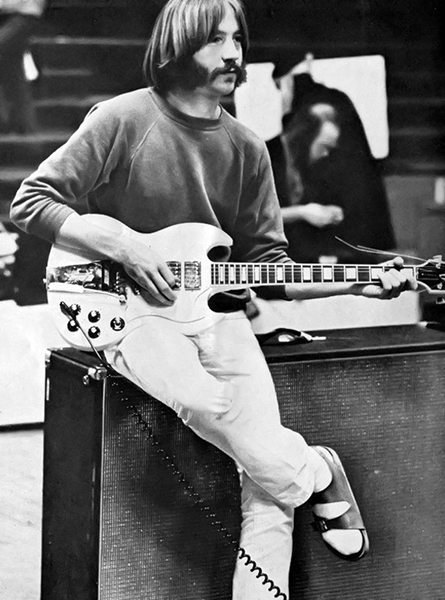 “At the time, I thought we had what it takes to be a band, a real band. That was my highest ambition, and I resented those guys when they wouldn’t do what I wanted to do. So you see, I had the attitude that the world should conform to my notions.” — Peter Tork 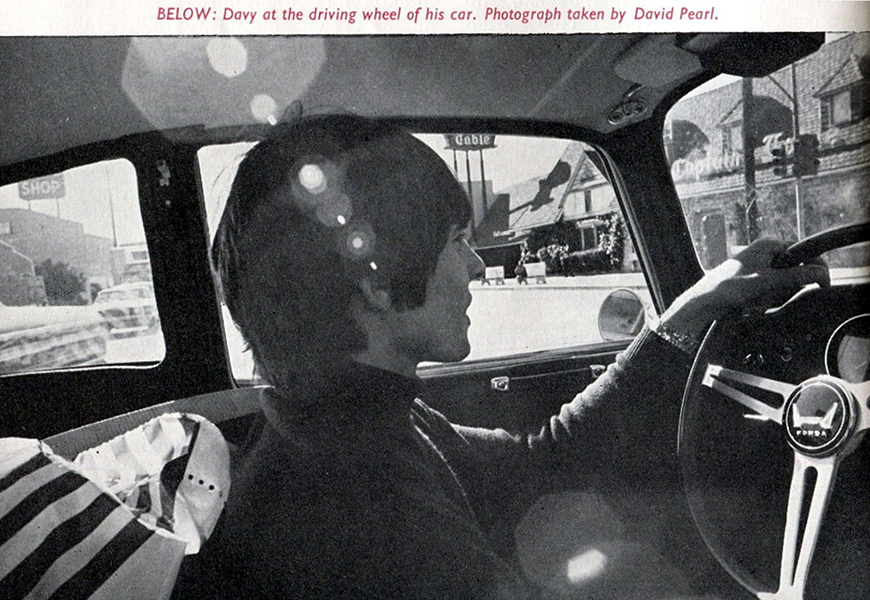 “I didn’t know what I wanted. Part of the time I was trying to get everyone united, and the rest of the time I just wanted to go home and sleep for a few years.” — Davy Jones

“I got hate letters from girls all over America because I wouldn’t go to the prom with them.” — Davy Jones 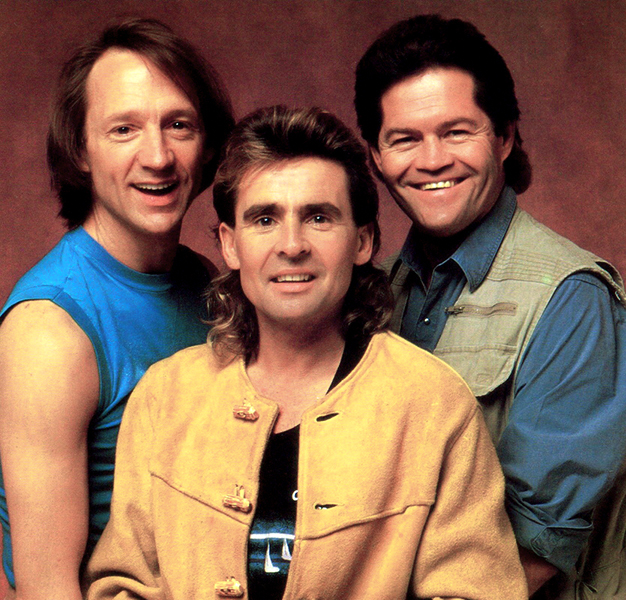 “Some entertainers, after having made a big splash and going into obscurity, come back and stay back. It may not be too much to see whether that is the case with us, too.” — Peter Tork 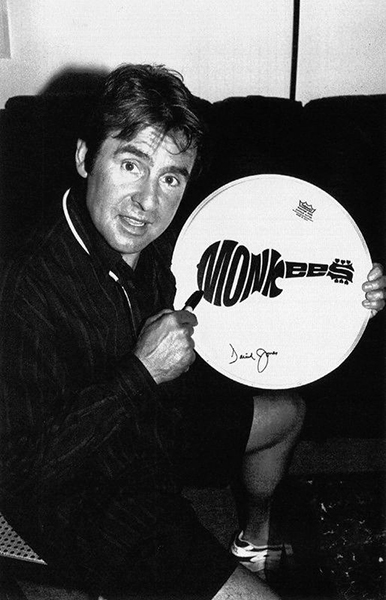 “Only one Monkee has never quit, and that’s Jones. Every other one of us has quit at some point or another. Maybe we all have to quit before we can really quit.” — Peter Tork