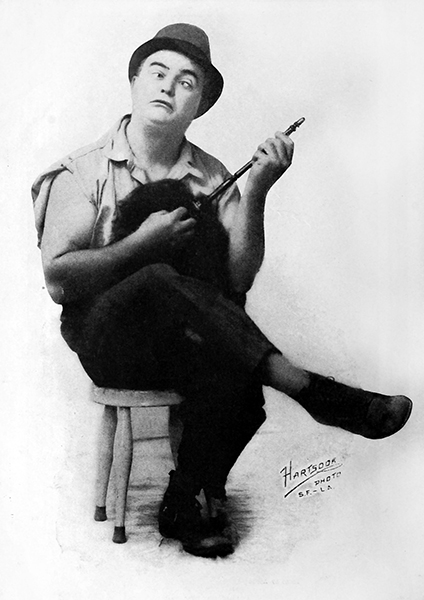 “When I first started acting up before the camera, I realized that in place of dialogue and effects, worked by the drummer in the orchestra, which I had been used to on the speaking stage, I had to depend on comedy situation and facial expressions. To the uninitiated, let me say it is the hardest thing in the world to make a camera laugh and you always have a studio audience standing about with an expression on their faces which seem to say, ‘I wonder if he thinks that’s funny; can’t make me laugh, etc.’ Believe me, Charlie Chaplin and others who succeed in making the audiences laugh earn every cent they can command.” — Fred Mace in 1915 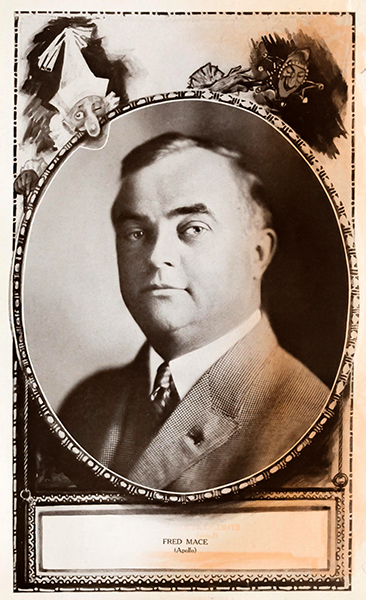 “When I started directing, my troubles began; perhaps it was because I had succeeded so well and was in demand that my head began to expand so that a seven and one-eighth no longer sat comfortably on my head. I required a seven and a quarter and even that, at times, pinched a little. I also thought I could write, produce and star in my comedies. Well, I did, but the result showed that the only one I was kidding was Fred Mace. D.W. Griffith told me when I started that I was attempting an impossibility, but the ‘seven and a quarter’ asserted itself and my ears were locked with success – alas, had I listened to the superior advice, I would have been far better off today.” — Fred Mace in 1915 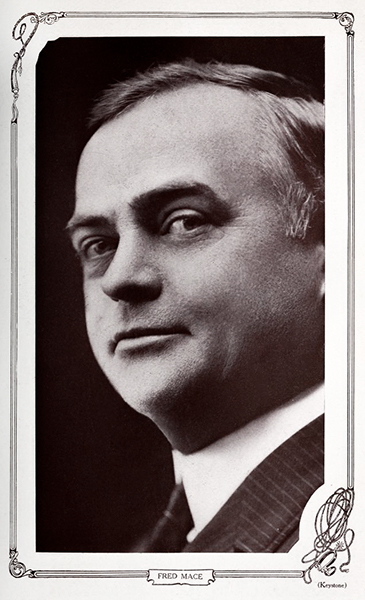 “At the time, nearly three years ago, I was at the top, from a comedy standpoint. The three talked-of comedians were the late John Bunny, Max Linder, and myself. With my ‘One Round O’Brien’ and the two Sherlock Holmes comedies which Mabel Normand, Mack Sennett and myself did, we were just about two years ahead of our times. My mistake, however, was leaving the screen to direct, which I have come to realize fully, so when Mack Sennett made me an offer to rejoin Keystone, I accepted and, believe me, I am glad to get back ‘home,’ for it sure feels like home to be back with Mabel and Mack, we three who all started with the Biograph. I am certainly going to try and retrieve the ground I have lost and I hope and trust the public will be pleased with my efforts.” — Fred Mace in 1915 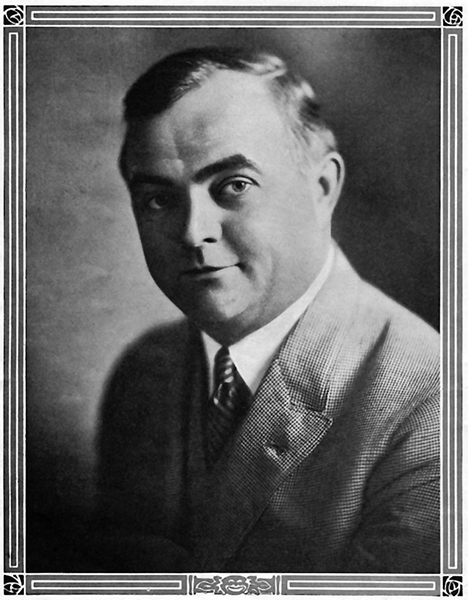