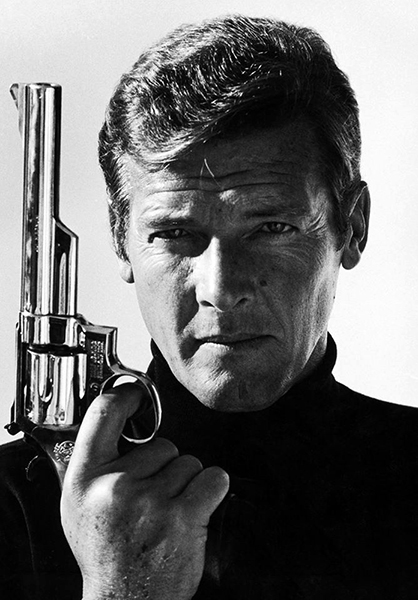 “The only acting I ever did was trying not to blink because as soon as I pick up a gun, I start blinking.” — Roger Moore 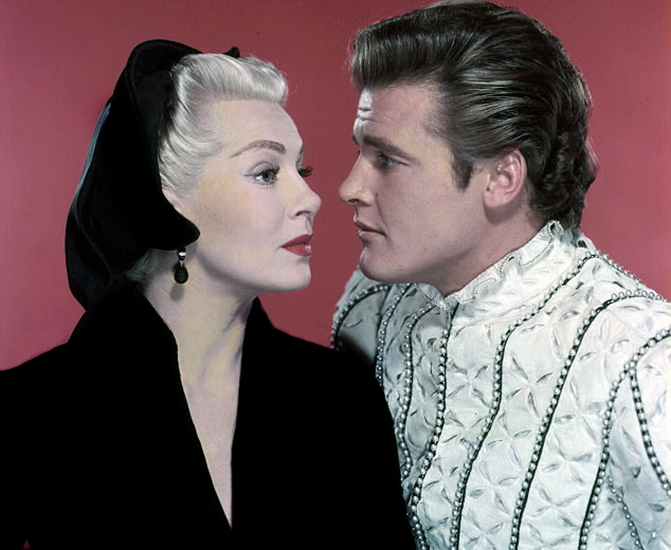 “It’s a period in my life I just laugh about now. I remember my biggest part was opposite Lana Turner in a bomb called ‘Diane.’ Time magazine said ‘Lana Turner as Diane de Poiters walked on the screen in a clattering of heels and a fluttering of false eyelashes, followed by a lump of English roast beef.’ I was the English roast beef. Then they asked me to leave. ‘Just check in your wardrobe and clear out’ is the way they put it.” — Roger Moore

“I arrived in America on April Fool’s Day, 1954. I should have known that meant something. I made one picture for Warner Brothers after leaving MGM and that was the worst one I ever did. It was called ‘The Miracle’ and I played the Duke of Wellington’s nephew who had an affair with Carroll Baker that turned her into a nun. All I remember was leading a parade of soldiers through the streets of Brussels in Rosalind Russell‘s corset from ‘Auntie Mame.’ Don’t laugh. It’s true. I wore her leftover costumes.” — Roger Moore 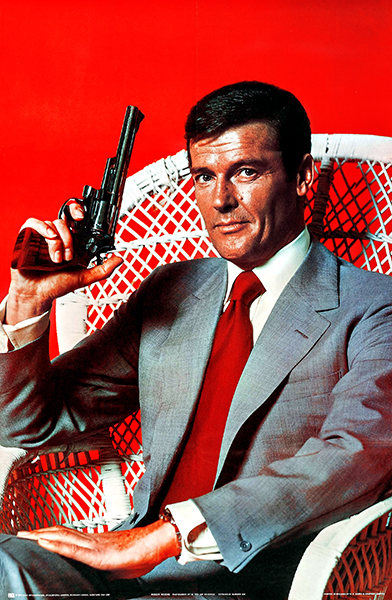 “I don’t know why they picked me, but the money is fantastic, so I think I’ll stick around.” — Roger Moore “David Niven, who’s in the film, was visiting us and I told him that if he was a good guest and didn’t blow his nose on the tablecloth I wouldn’t ruin the film for him.” — Roger Moore 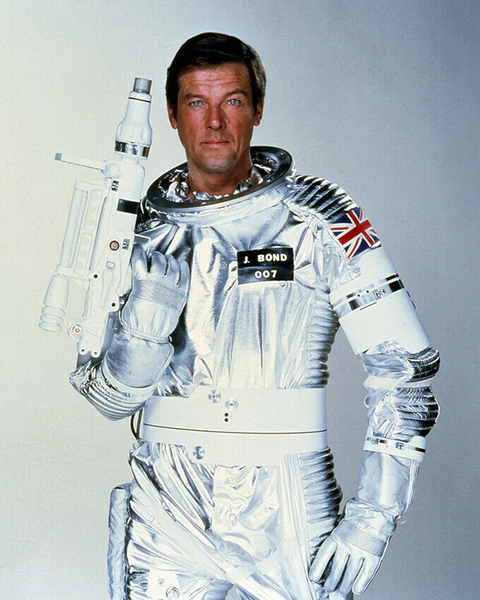 “One never knows if Bus No. 007 is still running. They never set up the next Bond film until the previous one has come out and has made money. Only then do they come and negotiate with me. And they might not come to me – they may talk to Sean or George [Lazenby] instead.” — Roger Moore

“Bond, you know, is purely a catalyst for a lot if way-out adventures – extraordinary stuff, things that other films don’t do. He makes the odd mistake, otherwise he wouldn’t have any problems. It’s just escapist entertainment, and quite different from my own life. If Bond had been real, he would have been dead at 21.” — Roger Moore 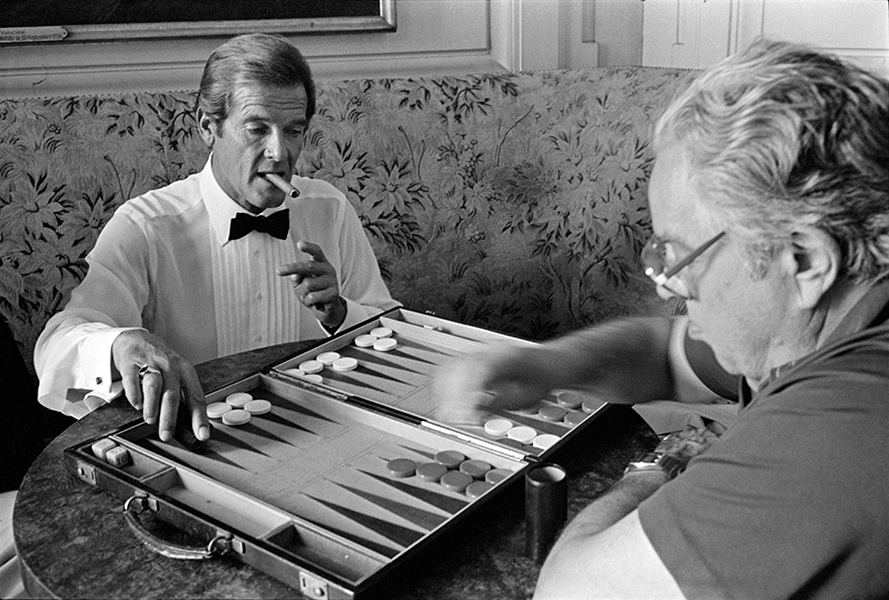 “I always say to Cubby Broccoli, who produces the Bond films, that he’s got 16 fellows in a cupboard ready to replace me. Broccoli always answers, ‘No, I got 17.'” — Roger Moore 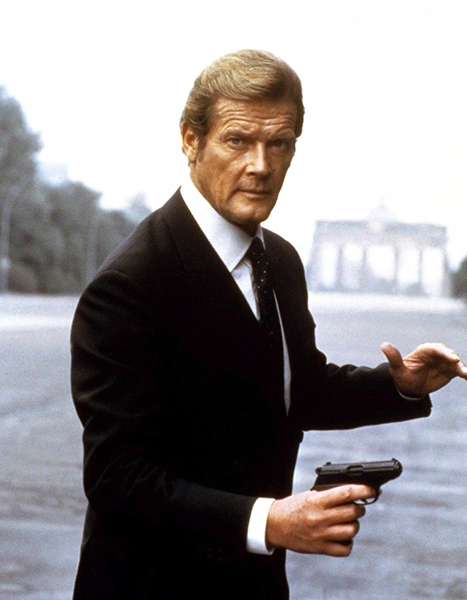 “My attitude is that it’s completely unreal. Here you’ve got this secret agent who’s recognized by every barman in the world and they know that he takes his vodka martinis shaken and not stirred. It’s crazy. What sort of secret agent is that? So you know that it is proof already before you start. I don’t like to play him as a true-blue hero. There’s always a moment of doubt in Bond’s mind. I mean, if I save the girl, I may get killed doing it. So I always let that go through my mind and then say, ‘Oh, to hell with it, I’ve read the script. I know I’m going to live.'” — Roger Moore